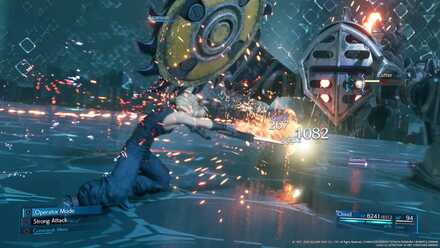 This is a guide to beating the Shinra Combat Simulator challenge Vs. SOLDIER Trainees in the game Final Fantasy 7 Remake. This article explains what enemies you will face, recommended equipment and materia, and tips and strategies for defeating them. 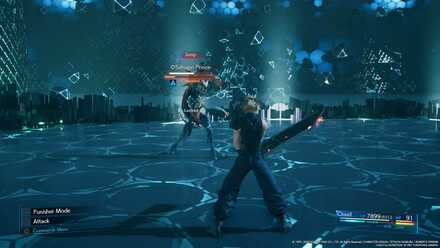 Use Fire Magic When It Uses Barrier

The Sahagin Prince has a lot of health and is hard to stagger. Its weak to Fire magic and will deal significant damage but will not increase stagger gauge. The only way to stagger it is to attack him with fire while he has a buff up. This is the best time to cast Fire and put him into the stagger state. 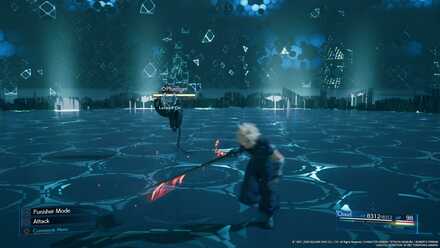 Watch Out for Reflect

The Phantom seems like a simple fight until it casts Reflect on itself. Do not cast any magic when you see the buff icon and stick to physical attacks. Having the Subversion materia to cast Breach will get rid of Reflect and will even put it in the pressured state. 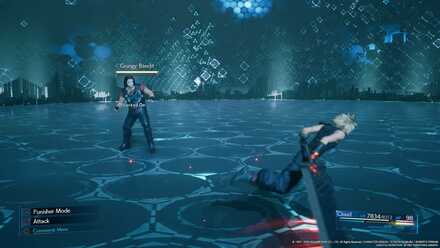 Dodge His Attacks and Attack to Pressure

This fight is fairly easy one on one. Most of the Grungy Bandit's attacks are easy to dodge. All you need to do is keep your distance and dodge to the side if you have to. Cast Fire magic while he tries to attack to pressure him. Rinse and repeat to stagger making this fight a piece of cake! 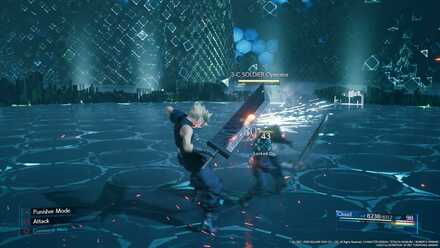 Keep a Balance of Offense and Defense

Doing a certian amount of damage to the SOLDIER and blocking some of his attacks will make put him into the pressured state, so keep a balance of offense and defense. Watch out for any of the spells he tries to cast. It takes awhile to cast so you will have enough time to block. Once staggered Fire magic will make quick work of him. 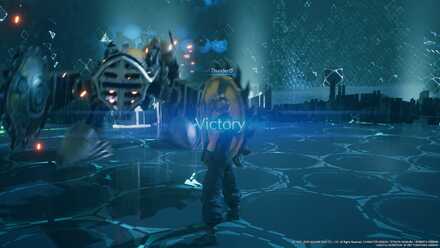 The Cutter is weak to Lightning magic. Use that to your advantage and cast Lighning to break its arms and put it into a pressured state to stagger!

Just like the sweeper it can not attack from its rear and will take some time before turning. So stay behind it and dish out the damage from there.

Register as a member and get all the information you want. (It's free!)
Login
Opinions about an article or post go here.
Opinions about an article or post
We at Game8 thank you for your support.
In order for us to make the best articles possible, share your corrections, opinions, and thoughts about "How to Beat Vs. SOLDIER Trainees | Shinra Combat Simulator Guide" with us!
When reporting a problem, please be as specific as possible in providing details such as what conditions the problem occurred under and what kind of effects it had.