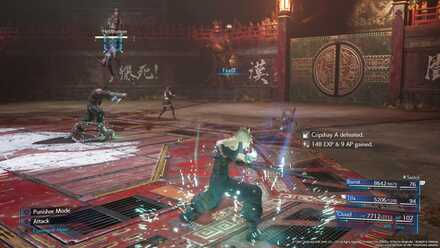 This is a guide to beating the Corneo Colosseum challenge Three-Person Team vs. Shinra Warriors in the game Final Fantasy 7 Remake (FF7R). This article explains what enemies you will face, recommended equipment and materia, and tips and strategies for defeating them. 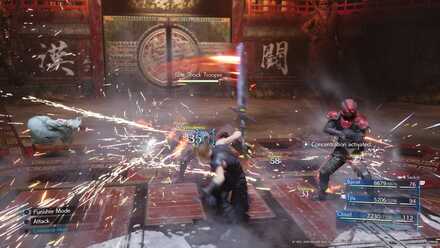 Fire + Magnify is Effective for this Battle

All the enemies in this fight are weak to Fire. Using a magnified Fire spell can make this a quick fight. Watch out as the Ghost will cast Reflect on itself after getting hit by magic, you will have to use physical attacks to deal damage. 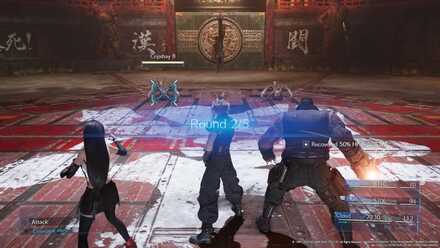 The Cripshays are weak to Ice magic, use it to deal with them quickly and turn your attention on the Helitrooper. Rely on Barret's ranged attacks or Fire and Wind spells to take him down. 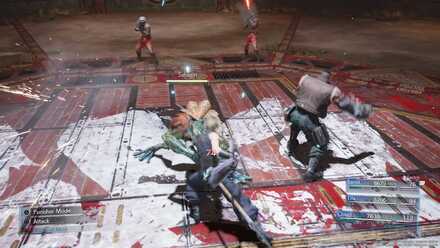 Sahagin is Weak to Both Ice and Fire

Ice and Fire are both effective against the Sahagin, with physical attacks not affecting its stagger gauge, it is recommended to use those elemental spells to beat it. Magnify + Fire is very effective to deal with the Sahagin and the Elite Granadiers at the same time. 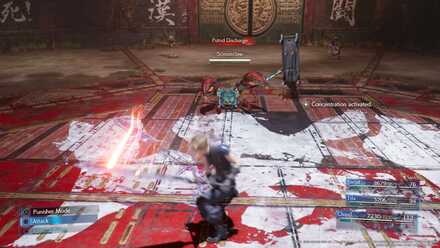 Having Fire, Ice and Lightning is Recommended

This battle challenge has enemies with a variety of weaknesses, particularly this battle. You will need Fire, Ice and Lightning materia to cover all the enemy weaknesses in this fight. 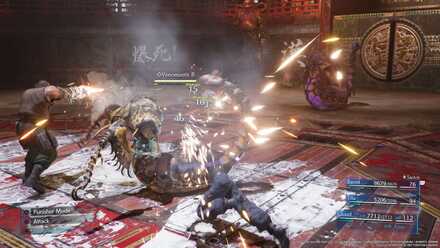 Use Ice Magic to Finish the Fight

All the enemeis in this fight is weak to ice. If you are having trouble with this battle, you can combine Magnify with Ice to make this fight easier. Focus on the Venomantis first, they can cause Posion or Sleep so havein Cleansing Lv.2 is recommended.

Register as a member and get all the information you want. (It's free!)
Login
Opinions about an article or post go here.
Opinions about an article or post
We at Game8 thank you for your support.
In order for us to make the best articles possible, share your corrections, opinions, and thoughts about "How to Beat Three-Person Team vs. Shinra Warriors | Corneo Colosseum Guide" with us!
When reporting a problem, please be as specific as possible in providing details such as what conditions the problem occurred under and what kind of effects it had.