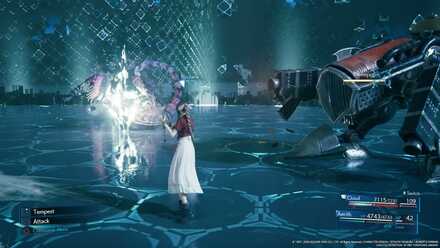 This is a guide to beating the Shinra Combat Simulator challenge Two Person Team vs. Dynamic Duos in the game Final Fantasy 7 Remake (FF7R). This article explains what enemies you will face, recommended equipment and materia, and tips and strategies for defeating them.

It's possible to use any set of 2 characters in this battle, but we recommend using Cloud and Aerith.

Have Both as Mages

Most of the enemies in this challenge are weak to fire and the rest are weak to Ice. Best to have both of them as mages to be able to beat one as fast as possible and make it a 2 vs 1. 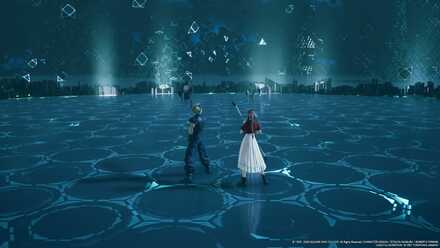 Deal with the Ghost First 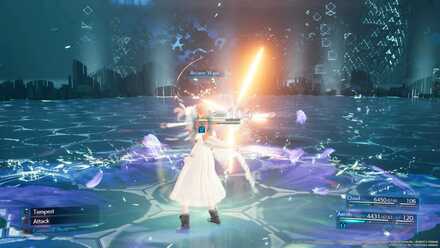 One of the harder fights in this challenge. It is best to focus on the Ghost right away. Use Focused Thurst and Fire spells to take him our quick. Watch out for any buffs it casts on itself by keeping an eye its health bar for an icon. If you keep hiting it with Physical Attacks it will give itself Shield to nullify them and will do the same for Magic Attacks if hit with them instead.

Use Breach for an Easy Fight 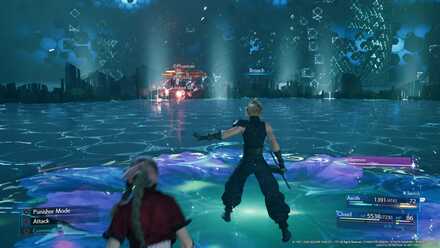 The Phantom can take a while to beat as it has more health and disappears a short while after attacking. Use Fire to get it to cast Reflect. This will give you the chance to use Breach. Make sure to time it so that it does not disappear as you cast it! 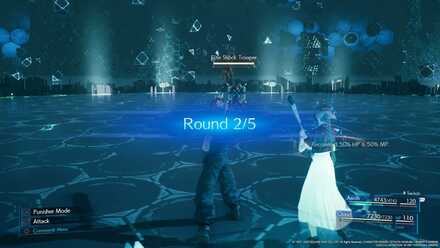 Use Fire to Take out the Elite Helitrooper Quick 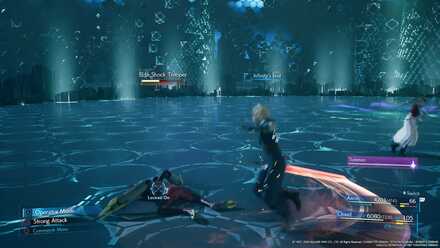 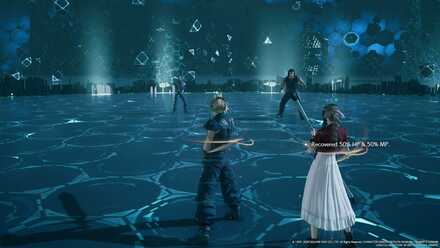 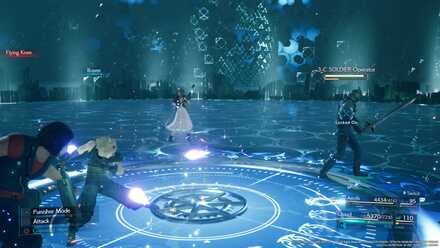 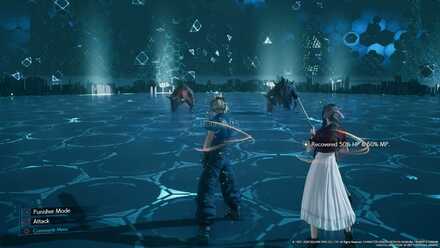 Use Physical Attacks for Zenene and Ice Spells for Hellhound 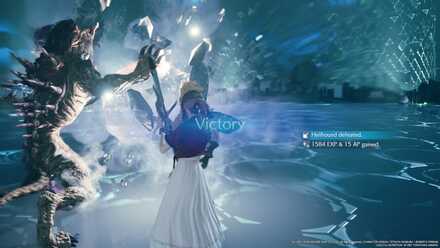 Zenene has less health than the Hellhound so focus it down first. Zenene has poison attacks so watch out for any of your party members getting poisoned. Use Poisona as soon as you can as it can deal a lot of damage over time. Having Elemental materia Lv. 2 or higher bounded with Fire materia in your armor can let you ignore Hellhound more easily.

When it is time to focus Hellhound, use Ice spells when it has its red flames to put it into pressure state then Focused Thrust to build stagger meter fast. It might be hard to hit your Ice spells as it moves a lot, so use Cure on it first to stop it in its tracks. 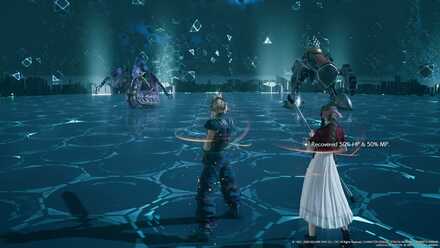 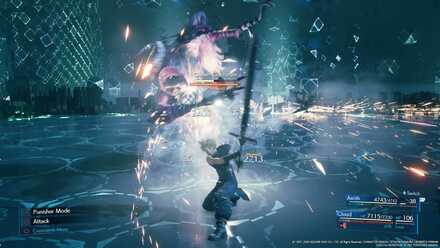 You will want to defeat Queen Grashtrike as fast as possible. She can bind one of your party members and can also slow your party. Its the last fight so you can go all out with your spells, especially against the Queen Grastrike. The Sweeper by itself is a fairly simple fight. If you have Lightning materia equipped you can make it easier with Thunder Spells.

Casting Raise on the Ghost will one shot it. Doesn't work on the Phantom though.

Register as a member and get all the information you want. (It's free!)
Login
Opinions about an article or post go here.
Opinions about an article or post
We at Game8 thank you for your support.
In order for us to make the best articles possible, share your corrections, opinions, and thoughts about "How to Beat Two Person Team vs. Dynamic Duos | Shinra Combat Simulator Guide" with us!
When reporting a problem, please be as specific as possible in providing details such as what conditions the problem occurred under and what kind of effects it had.