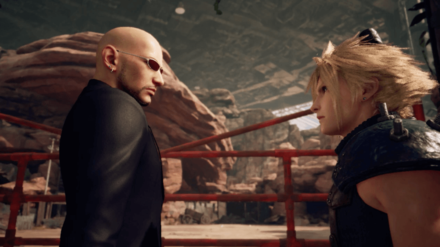 This is a guide to beating the Boss Rude in the game Final Fantasy 7 Remake (FF7R). This article explains Rude's attack patterns, weaknesses, and tips and strategies for defeating him on both Normal and Hard Mode.

An operative with the Turks unit of Shinra's General Affairs Division. As he possesses incredible strenght and a well-toned physique, he prefers using his fists over weapons.

No Enemy Skills can be learned from Rude.

Rude is first encountered in Chapter 8. During this chapter, Cloud and Aerith are available.

You have to alternately use Cloud and Aerith in this battle. Control Cloud and have him deal significant damage to Rude while Aerith passively attacks him and accumulate ATB charges. If Cloud gets bound, switch to Aerith to quickly deal damage with basic attacks and Aero (or higher). Do the other way around when Aerith gets bound.

Aerith has the most damaging equipment in this battle so keep her safe and healed throughout the battle. Having Cloud cast Regen on her is also a good idea if you already have access to it. It is recommended to try to always have 2 ATB charges ready for Pray but if you do not need healing yet, use a bar for casting Aero (or higher).

Dodge rather than Guard 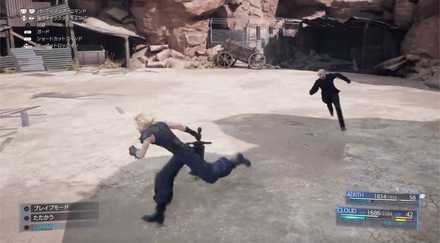 Even if you Guard against Rude's attacks you take quite a big amount of damage.

If you only Guard, you'll quickly run out of HP, so we recommend trying to dodge them instead.

Rude is easy to Stagger 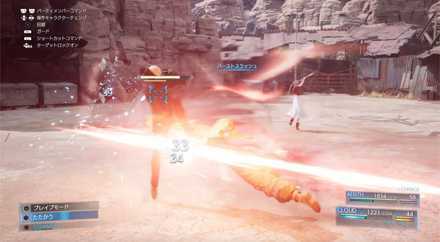 Rude is tough and won't take much damage from your attacks, but his Focused Gauge fills very easily, so aim for his Weakness with Aero or use Cloud's Focused Thrust to quickly Stagger him.

You can get the Wind materia by completing Battle Intel Report 02, so make sure to get it before you fight Rude. 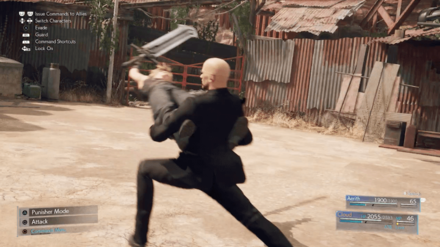 Asides from Sweet Dreams, Aerith will get hit when Cloud comes flying at her after Rude uses Seize on him. If you were controlling Cloud when it happens, change to Aerith when Rude swings Cloud around to easily avoid the attack. 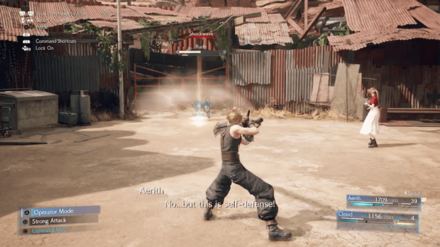 When you've gotten Rude down to 50% health, he will start using Shockwave and Spirit Geyser, two powerful long-ranged attacks. Keep on your toes and aim for a hit-and-run strategy, as both attacks can deal around 500 damage. 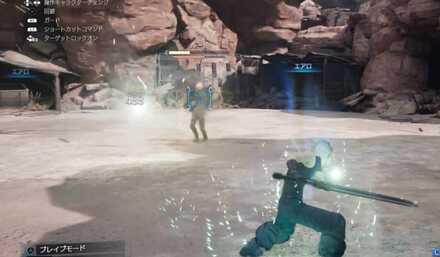 When you attack Rude with Wind Magic, it knocks him down and significantly fills his Focus Gauage. If you switch between Cloud and Aerith effectively while filling their ATB Gauges, you'll be able to consistently hit him with Wind Magic throughout the battle.

When Rude falls below 50% HP, he'll start getting serious, and Wind Magic will stop knocking him down each time. You'll have to hit him with Wind Magic while he is performing an attack or to cast it twice in a row to knock him down successfuly.

An easy way of doing this is having Steadfast Block equipped and tank hits to increase ATB then let your other character cast Wind magic as Rude is attacking your controlled character. Switch characters then rinse and repeat!

How to Get the Wind Materia 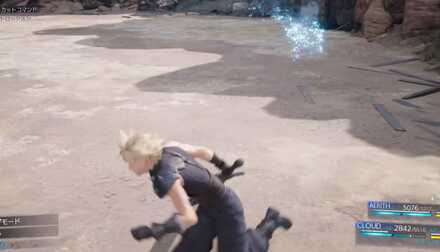 Whenever Rude hits his Sweet Dreams, he will immediately attack. This will not be enough time to cast Esuna. With Headband equipped or First Strike and Cleansing Lv.3 you will be able to cast Resist on your controlled character right away, making this attack useless against you! 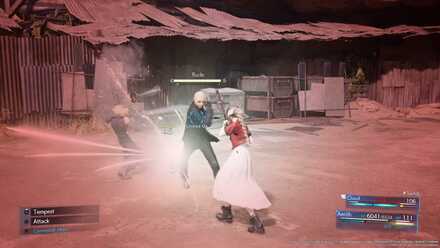 Rude will be focusing on attacking whoever you are controlling at the moment. Use this to your advantage to switch characters and tank hits while your low health character heals!

In order for us to make the best articles possible, share your corrections, opinions, and thoughts about 「How to Beat Rude | Boss Fight Guide (Normal & Hard Mode) | FF7 Remake」 with us!