Data Disc or Play Disc: Which of the Two Discs Should You Put In First? | FF7 Remake

Ultimania Information
New previously-unknown information about the game and in-depth interviews with its directors!

Newest Guides
Our Boss pages are being updated daily with Equipment & Materia advice for Normal and Hard Mode! 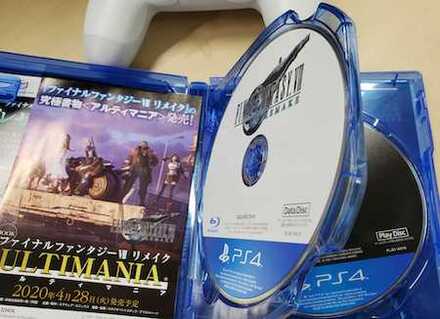 This is a guide to installing and starting the game Final Fantasy 7 Remake (FF7R) using the Data Disc and Play Disc. Learn how to set up the game and how to use the game's two discs.

The Data Disc and the Play Disc

When you open your copy of Final Fantasy 7 Remake, you might be surprised to find two Discs. Unlike the original game, this won't be divided into Discs 1, 2 and 3 – instead, the Data Disc will be used to install necessary data before starting the game. For the most part, you'll be using the Play Disc when playing the actual game.

How to Install and Start the Game

From there, you'll be able to start playing the game – now check out the rest of our guides to learn how to get through it!

when i First install the game i can play but when i shut down my ps4 and insert the play disk i says "Bad or Damaged disk" and i have also difficulties removing the disk also.....HELP PLEASE!!!

Ohhhhhh, so that's how it works? well, thank you. Didn't know the difference until learning it here.

Register as a member and get all the information you want. (It's free!)
Login
Opinions about an article or post go here.
Opinions about an article or post
We at Game8 thank you for your support.
In order for us to make the best articles possible, share your corrections, opinions, and thoughts about "Data Disc or Play Disc: Which of the Two Discs Should You Put In First?" with us!
When reporting a problem, please be as specific as possible in providing details such as what conditions the problem occurred under and what kind of effects it had.