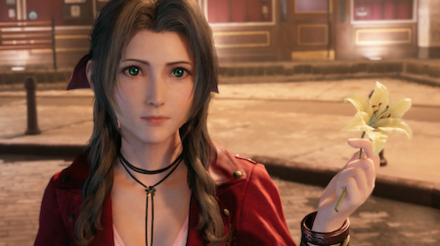 This is a guide and walkthrough to Chapter 2: Fateful Encounters, a story chapter in the game Final Fantasy 7 Remake. Read on to learn locations of items, rewards for completing this chapter, as well as useful tips and strategies for getting through this part of the story. 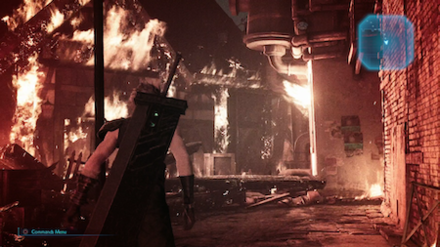 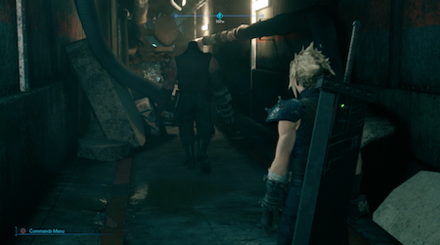 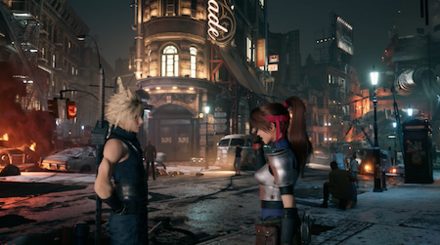 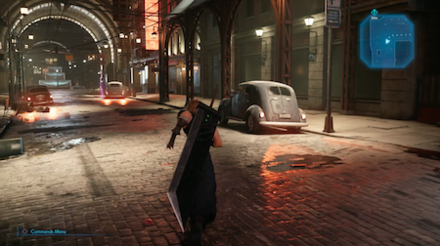 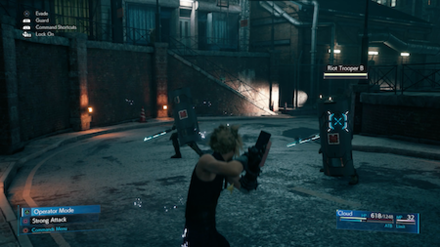 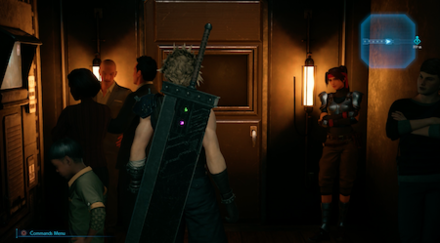 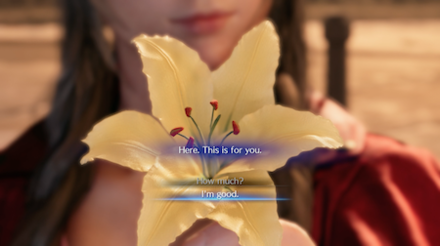 On your first encounter with Aerith in this chapter, you will be given dialogue choices that will affect Aerith's affection toward Cloud.

Check the link below for the effects of each answer!

How to Answer Aerith's Question

Heal up before the Fountain 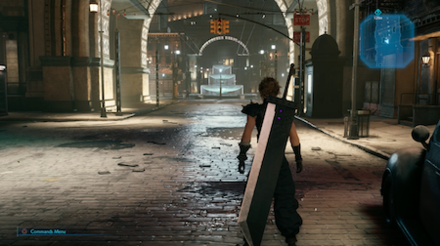 You'll face continuous battles when moving through the Sector 8 Business District, so by the time you arrive at the fountain, your health may already be drained. Be sure to heal up before going in, as you'll have to battle several tough enemies in a row, and might not have time to heal between them. 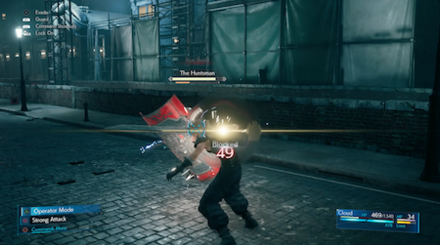 The Huntsman is stronger than a normal enemy, but he's not on the level of Scorpion Sentinel, and only has one phase to defeat. Keep a cool head and you can handle him.

How to Beat The Huntsman

Clear out the other mobs

Get rid of the Grenadiers, Officers and Troopers before zeroing in on The Huntsman to make the fight even easier.

The Huntsman looks like a unit who would be used to quell riots, but his weakness to Fire would make his job pretty hard! Hit him with Fire magic to deal large amounts of damage and stagger him at the same time.

As The Huntsman uses a shield, it's not very effective to ram at him and furiously attack. Instead, use Punisher Mode's auto-counter feature and hold the Block button, waiting for him to attack. When he does, Cloud will Auto-Counter and deal heavy damage.

In order for us to make the best articles possible, share your corrections, opinions, and thoughts about 「Chapter 2: Fateful Encounters Story Guide & Walkthrough | FF7 Remake」 with us!