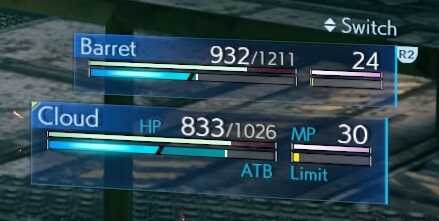 This is a page about the ATB gauge from Final Fantasy 7 Remake (FF7 Remake). Read on to find out what it does and how to best utilize it in your battle against Shinra!

Fill the ATB Gauge by Attacking or Guarding

Your ATB Gauge will also fill naturally over time based on your Speed stat, going from empty to full in 20-30 seconds on average.

The ATB Gauge has a hidden max value of 2000 as well. At the start of battle, each character will start with a random amount of ATB that can be boosted by the First Strike Materia or the Whistlewind Scarf. The amount of possible ATB a character can begin a battle with is listed in the table below:

Other Ways to Fill the ATB Gauge

When you have at least 1 ATB gauge filled, you will become able to use your characters' unique Abilities, cast Spells, or use Items. Summons are also tied to the ATB gauge and can be invoked if the required materia is also set. 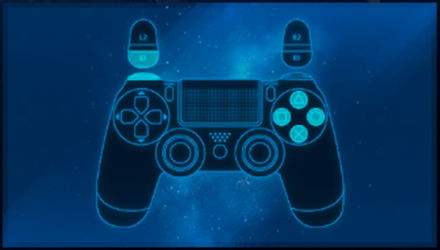 Battle Commands can be set to

For quick access to your various battle commands, shortcuts can be assigned to each face button, activated while holding

Factors That Change the Speed the ATB Gauge Fills

While typically the gauge fills at a steady pace based on your Speed stat, there are a variety of factors that can speed this up or slow it down.

*Does not affect inactive party members.

Waiting until you have a full ATB gauge will allow you deal more damage all at once, but against trickier enemies it may be smarter to hold onto one bar for an emergency Cure if necessary. Choose your strategy based on the situation!

Register as a member and get all the information you want. (It's free!)
Login
Opinions about an article or post go here.
Opinions about an article or post
We at Game8 thank you for your support.
In order for us to make the best articles possible, share your corrections, opinions, and thoughts about "Understanding the ATB Gauge" with us!
When reporting a problem, please be as specific as possible in providing details such as what conditions the problem occurred under and what kind of effects it had.