This is the battle walkthrough for the mission Sealed Forest Snare from Fire Emblem: Three Houses (FETH, FE3H). Read on to find out about map features, what enemies you will encounter, and tips for winning!

There is one chest containing a Speed Ring at the bottom left corner of the map. There is no foe holding a key, so it can only be opened by someone who can open chests with Locktouch by bringing a key with you.

There are two parts to this battle. This is also the reason why the enemies seem to lackluster in quantity at first glance. Defeating Monica will trigger the 2nd part of the fight where Solon appears as the 2nd enemy commander.

Defeat all Enemies During Phase 1 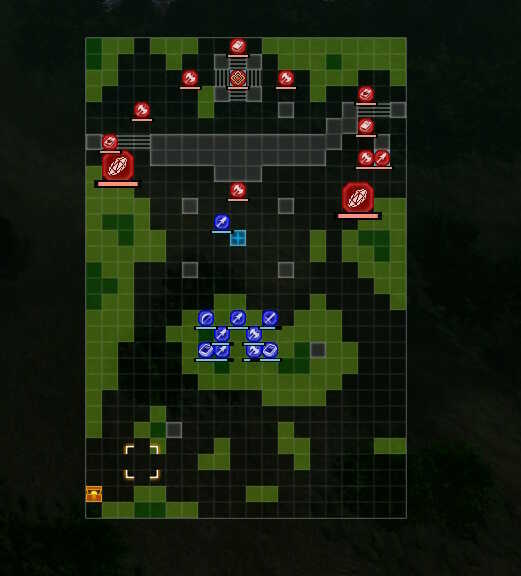 A half-empty battlefield after Solon and his troops appear during phase 2.

Enemies you did not defeat during phase 1 will remain for the remainder of the fight during phase 2. Make sure to defeat all of them first instead of rushing straight for Monica. This will prevent an ambush for your party during phase 2.

Use Healing Tiles Before Phase 2

Take note that your units' health does not regenerate for the second part of the battle, so take care not to overexert them attempting to defeat Monica. Using the Heal Tiles for injured units will prove beneficial for the 2nd stage of the fight.

The Sword of the Creator's Durability Resets in Phase 2

During Phase 2, the Sword of the Creator's durability resets, meaning there is no loss to using it as much as you want when fighting Monica.

Take the Western Stairs in Phase 2

During Phase 2, there are two paths of approaching Solon: the eastern and western stairs. It is better to take the western approach as the east has a Cavalier on a Heal Tile+. 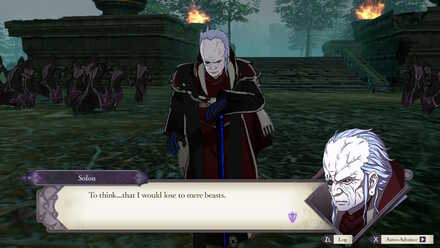 Solon has an attack range of 2. He hits hard but is very vulnerable so having a long-range unit like a sniper can make short work of him.

Register as a member and get all the information you want. (It's free!)
Login
Opinions about an article or post go here.
Opinions about an article or post
We at Game8 thank you for your support.
In order for us to make the best articles possible, share your corrections, opinions, and thoughts about "Chapter 10: Sealed Forest Snare Walkthrough" with us!
When reporting a problem, please be as specific as possible in providing details such as what conditions the problem occurred under and what kind of effects it had.