This is the character sheet page for Camelia in the game Final Fantasy XV (FFXV, FF15). Consider this a comprehensive list of a character's stats and skills. Read on for more information on characters like Noctis and company! 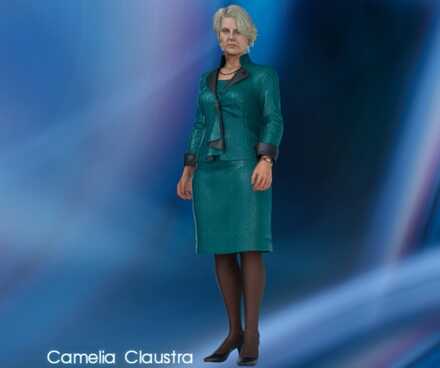 A shrewd politician selected to represent the Accordo Protectorate, a league of towns that fell under imperial control some 150 years ago. Formerly a prominent force in an antigovernmental faction, Camelia continues to push for independence from the empire as an elected official.

She holds the late King Regis in high esteem, having assisted him when he passed through Altissia thirty years ago.

Register as a member and get all the information you want. (It's free!)
Login
Opinions about an article or post go here.
Opinions about an article or post
We at Game8 thank you for your support.
In order for us to make the best articles possible, share your corrections, opinions, and thoughts about "Camelia Character Information" with us!
When reporting a problem, please be as specific as possible in providing details such as what conditions the problem occurred under and what kind of effects it had.