This is the character sheet page for Regis in the game Final Fantasy XV (FFXV, FF15). Consider this a comprehensive list of a character's stats and skills. Read on for more information on characters like Noctis and company! 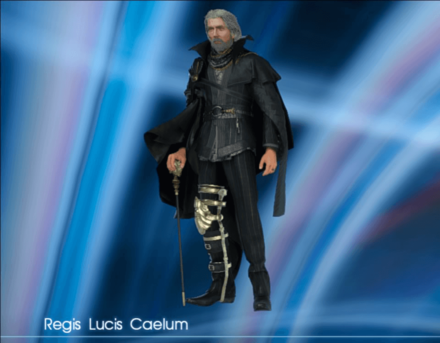 The reigning monarch of the Kingdom of Lucis, Regis raised his son, Prince Noctis, on his own. For long years, he has sustained the Wall, a magical barrier that encases the Crown City, protecting it from invasion. However, tragedy would befall him at the treaty signing with Niflheim, during which he was reportedly slain.

Regis can use almost the same abilities as his son, Noctis. He can also use warps and has his own Armiger, which lets him conjure weapons from thin air and use them all at once.

Regis can also use magic like elemental magic and Ring magic (using the Ring of the Lucii).

In order for us to make the best articles possible, share your corrections, opinions, and thoughts about 「Regis Character Information | FFXV」 with us!