This is a guide for using Point-warps and Warp-strikes in Final Fantasy XV. Read on to learn more about how to use them effectively and efficiently!

Things to Remember When Using Warp

Using point-warps and warp-strikes consume MP, just like phasing. If you use it too much, you may not be able to use other MP-consuming abilities in an emergency or worse, be put in stasis. 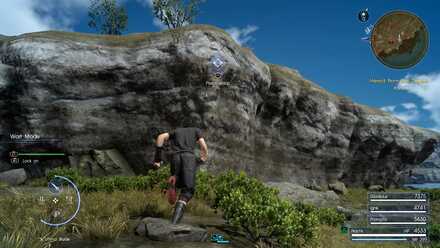 Point-warp can only be used on designated warp points, unlike the normal warp. Point-warps are also performed by holding the warp button instead of just tapping it. 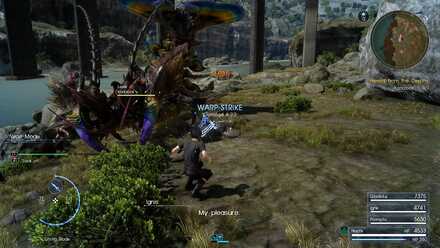 Performing warp-strike strikes is an easy way to get closer to your enemy, especially flying enemies. You should also use this when you are against a large enemy and you need to attack a certain part that is high up, like breaking appendages.

Take note that warp-strikes consume MP even if it does not hit and might even put you into stasis.

Distance from the Target

Warp-strikes become more effective depending on the distance between Noctis and the enemy. It will deal more damage relative to the distance but will also consume more MP. Use this against an enemy running away to easily chase it and take it down.

Unlocking the Point-Blank Warp-Strike ability (333 AP) under the Combat Astralsphere will make close-ranged warp-strikes critically hit, removing the penalty of using them up close.

Warp-strike from a Warp Point 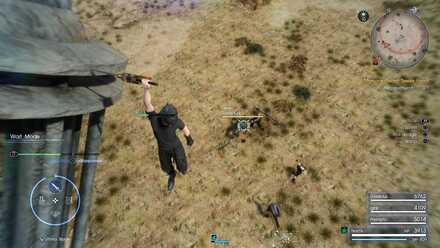 Point-warping will quickly recover your HP and instantly replenish your MP while hanging. You can then warp-strike to a distant enemy from the warp point.

However, it is not recommended for multiple weak enemies as it is inefficient and will just drag out the battle.

You should use this if you are running out of MP, in a stasis, being surrounded, or planning to be in a strategic position.

In order for us to make the best articles possible, share your corrections, opinions, and thoughts about 「How to Point-warp and Warp-strike Easily | FFXV」 with us!