Elemancy System and How to Use Spells | FFXV

This is a guide for Elemancy in Final Fantasy XV. Read on to learn more about Elemancy and how to use the spells crafted through it!

The Elemancy system lets you craft spells using the elemental energy that you absorb from elemental deposits or from enemies defeated with element-absorbing weapons. 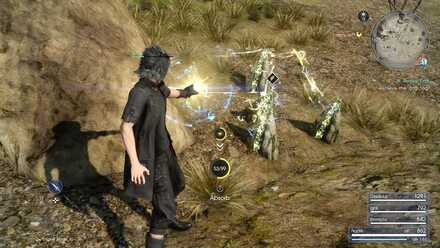 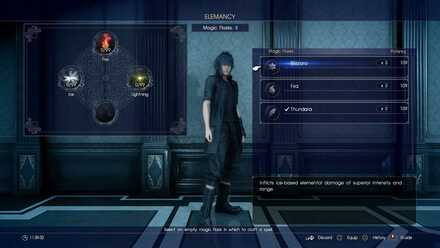 The element of the spell depends on what element is dominant on the spell.

However, if you use all three elements but not one of them makes up the majority of the spell, it will turn into Unicast.

For example: 50 fire + 30 ice + 30 lightning will produce Unicast II because even though you used more fire element than the other elements, you did not use more fire than ice and lightning combined.

Unicast will randomly cast any of the three elemental spell with the same tier.

A fourth item can be added in crafting spells as a catalyst. Items that can be used as catalysts give different additional effects with can be triggered after casting the spell.

Cast a spell up to two times

Cast a spell up to three times

Cast a spell up to four times

Cast a spell up to five times

Cast a spell with a chance to inflict Poison status, which deals damage over time

Cast a spell with a chance to inflict Enervated status, which lowers all attributes

Cast a spell with a chance to inflict Stop status, which freezes the afflicted unit in time

Cast a spell with a chance to inflict Instant Death status, which kills the afflicted unit immediately

Cast a spell with a chance of not consuming it

Cast a spell and obtain EXP for the whole party

Cast a spell with improved damage but in first tier

After you craft a spell, go to the Gear menu and equip the spell to one of your weapon slots. If you want to equip it on the other members, use their secondary weapon slot.

When using Noctis in battle, select the spell to wield it. You can now then lock in to an enemy using R1 then cast the spell using ◯ to cast in on the target. 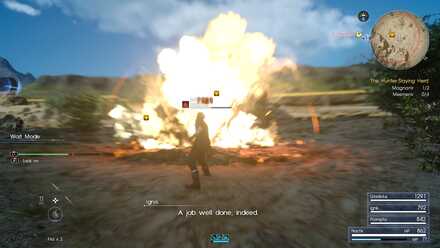 You can also hold ◯ and move the Left stick to cast the spell on a specific location.

Casting a spell, whether by Noctis or the other members, will put all of the party's spells in cooldown.

In order for us to make the best articles possible, share your corrections, opinions, and thoughts about 「Elemancy System and How to Use Spells | FFXV」 with us!