This is the character sheet page for Aranea in the game Final Fantasy XV (FFXV, FF15). Consider this a comprehensive list of a character's stats and skills. Read on for more information on characters like Noctis and company! 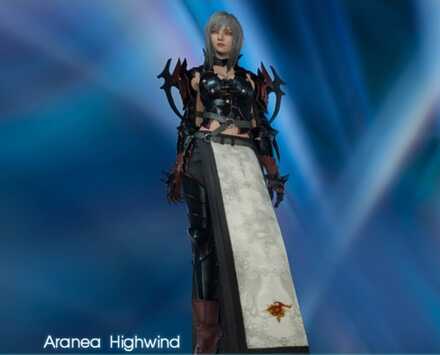 Imperial airborne division commodore known for captaining a distinct red aircraft as well as a squad of mercenaries. Even in hand-to-hand combat, Aranea is most at home in the skies, wielding a magitek lance in dragoon-style aerial attacks.

Aranea is a skilled and agile combatant with her lance and her aerial attacks.

Her appearance as well as her abilities are similar to that of the recurring Dragoon class in the Final Fantasy series—lance, armor, as well as airborne and jump attacks.

In order for us to make the best articles possible, share your corrections, opinions, and thoughts about 「Aranea Character Information | FFXV」 with us!