This page contains information on the region Disc of Cauthess, as well as what things to do within the region and where to go. Refer to this page for item and monster information, as well as to find your way around, if you ever get lost! 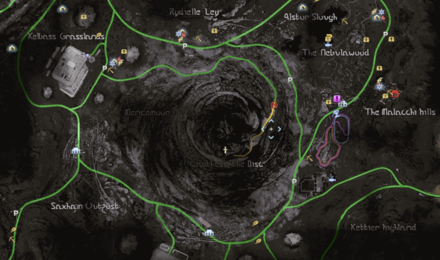 The Disc of Cauthess is being used as a 'geothermal' energy drawing point by EXINERIS Industries. It is also where the meteor sent to destroy Eos almost touched down, if not for the sacrifice of the Astral Titan. Up until today, the meteor can be seen, and it is said that Titan is still shouldering its weight.

The Disc is where Noctis faces off against the Astral, determined to have its power on his side of the oncoming battles.

Back to Maps Front Page

Register as a member and get all the information you want. (It's free!)
Login
Opinions about an article or post go here.
Opinions about an article or post
We at Game8 thank you for your support.
In order for us to make the best articles possible, share your corrections, opinions, and thoughts about "Disc of Cauthess Map Information" with us!
When reporting a problem, please be as specific as possible in providing details such as what conditions the problem occurred under and what kind of effects it had.