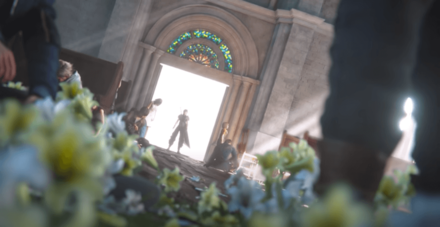 Intergrade offers a new extended ending, shown below. This new ending is a great preview into FF7 Remake Part 2, but it also raises a few questions.

Who is the Black-Haired SOLDIER at the end of Intergrade?

Major spoiler warnings from this point on!

For new fans who didn't play the original or the spinoff games of FF7, the ending scene with a black-haired SOLDIER with a Buster Sword appearing is a major point of confusion.

This character is known as Zack Fair, SOLDIER first class, and ex-boyfriend of Aerith. During the events of the original FF7, Nibelheim, Cloud and Tifa's hometown, was burned to the ground at the hands of Sephiroth. Due to Cloud's distorted memories, he believed that he had been the one to accompany Sephiroth and Tifa on a mission when in reality it was Zack. Cloud was present for the event, however, he was merely a foot soldier at the time, and Tifa acted as a guide. 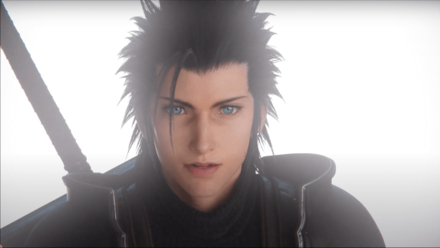 In the original timeline, Zack dies before the beginning of the original FF7, however, the ending of FF7 Remake Intergrade shows that Zack is alive, but judging by the STAMP image shown, it seems to be a different universe. This led many to believe that by defeating the Arbiters of Fate in the ending, that Cloud and the party have crossed over into a parallel universe. A universe in which Zack Fair is still alive. Chapter 18: Destiny's Crossroads' title further hints at this idea.

In the new ending of FF7 Remake Intergrade, we see Zack return to the Church searching for Aerith only to find distraught refugees. It is possible that Zack may be a playable character in FF7 Remake Part 2 considering the significance of his appearance and that he seems to be actively looking for Aerith. 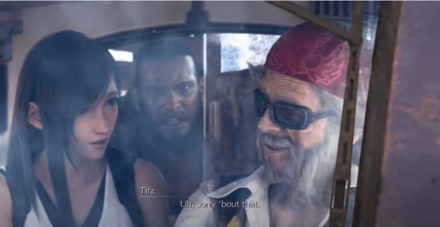 The new ending shows the party forcefully hitching a ride with an old man in a truck full of Chocobos. Long time fans will recognize him as Chocobo Bill, a man who runs a Chocobo Ranch near Kalm. His main purpose in the original FF7 was to allow the player to breed Chocobos and use them in their journey for travel. This may be a sign that FF7 Remake Part 2 may have more open wolrd elements. 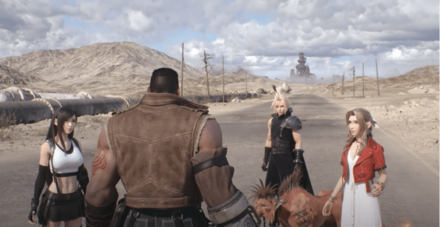 The ending of FF7 Remake Intergrade has Cloud and the party heading towards Kalm, which is likely the starting point of FF7 Remake Part 2. In the original Kalm had a pretty small role, being merely a stop on the way of your journey, but with how expansive Midgar was in FF7 Remake Intergrade, we might see a more fleshed-out version of Kalm in the next installment.

In order for us to make the best articles possible, share your corrections, opinions, and thoughts about 「Intergrade Ending Explained | FF7 Remake Intergrade」 with us!