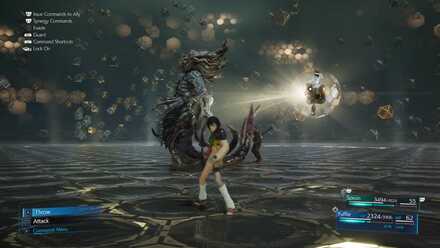 This is a guide to beating the mini-boss Projector in the game Final Fantasy 7 Remake (FF7R) from the INTERmission DLC in the Intergrade PS5 version. This article explains Projector's attack patterns, weaknesses, and tips and strategies for defeating them.

A small device that floats inside Shinra's now-obsolete combat simulator. It contains stores of monster and weaponry data, which it uses to virtually contruct training exercises.

It projects data of a diabolical creation to shield itself, and the creature must be dealt with before this device can be attacked.

Don't focus too much on magic

The Diabolic Creation is weak to Ice, but it's arm is immune to magic damage. You want to have a lot of physical damage to make sure you cripple its arm to stagger it then throw the Ice magic at it. A balance of magic and physical damage is recommended for this fight. 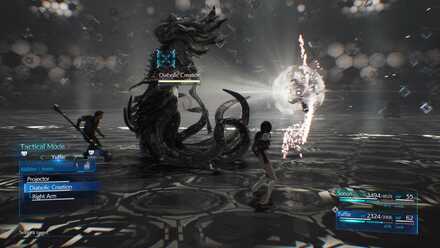 Focus on the Diabolic Creation's Arm 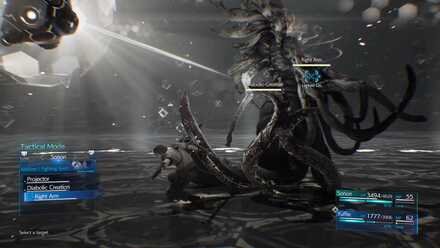 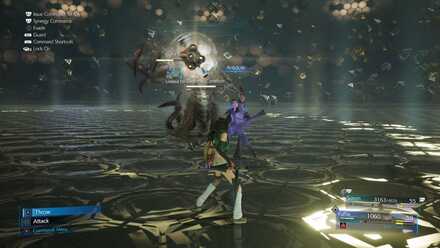 You might want to bring a lot of antidotes when fighting the Projector. The Diabolic Creation has an impossible to avoid poison attack so you'll be taking a lot of damage from poison without antidotes.
Antidote Location and Effects

Throw everything at the Projector 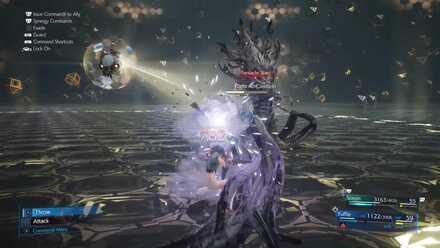 The Diabolical Creation raises and slams its right tentacle arm in front of it. Deals pretty good damage but has a long wind-up time when it's raised, giving you time to react. 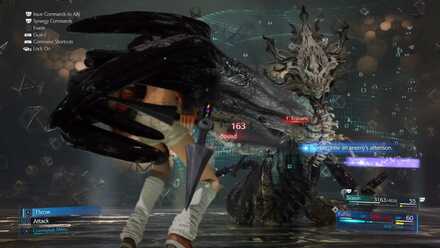 The Diabolical Creation disappears then reappears and grabs its target. The attack is unblockable and fairly quick so it is tough to avoid. The upside is that this attack doesn’t deal too much damage. You can avoid this attack by running away whenever you see it disappear. 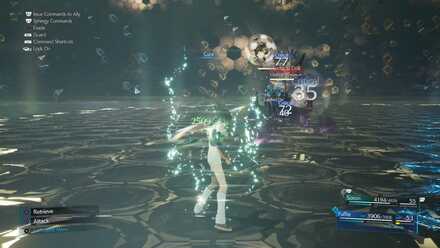 The Diabolical Creation shoves its tentacles into the ground and resurfaces below its target. It is a fast and hard-to-see attack. Hold block when you see the name of the ability come up. 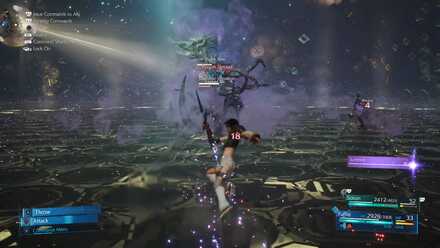 The Diabolical Creation shrouds itself in a poison veil. Try not to attack close-range or you will be poisoned for sure. 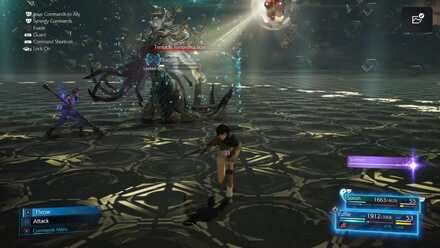 If you destroy the Diabolical Creation’s right arm, it will regenerate it with this move after it recovers from its pressured or staggered state. 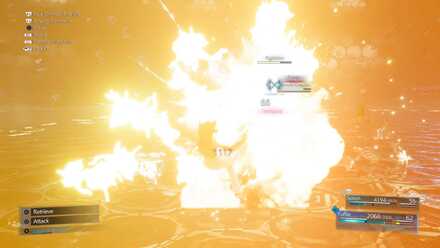 It fires a Firaga spell at the target. It can deal a lot of damage and tough to avoid. If its target is Yuffie, use the Booomerang ability Brumal Form. 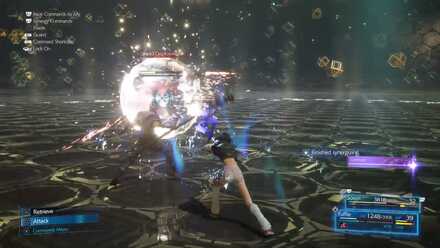 After recovering from its staggered state, the Projector is going to activate another shield. No attacks can touch the Projector until this shield is broken. 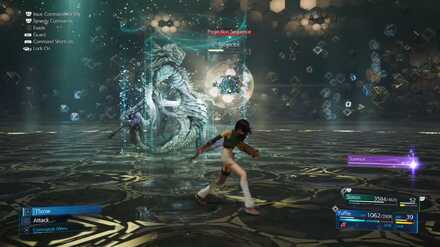 Not Much Different from Normal

The attacks used by the Diabolic Creation on Hard Mode are the same as on Normal. This means you can follow the same strategies as Normal mode, though you may have to defeat it a few times to get rid of the Projector for good.

Your Remaining MP is the Biggest Challenge

As you'll have fought a few bosses and a gauntlet of enemies up to this point, depending on how you used your magic in previous fights your MP might be on the lower side with no way to recover it. Take advantage of Chakra or Prayer to heal and save MP for when you're in a pinch. Yuffie's Boomerang also has an increased MP regen rate that can be useful.

In order for us to make the best articles possible, share your corrections, opinions, and thoughts about 「How to Beat Projector | Boss Guide | FF7 Remake Intergrade」 with us!