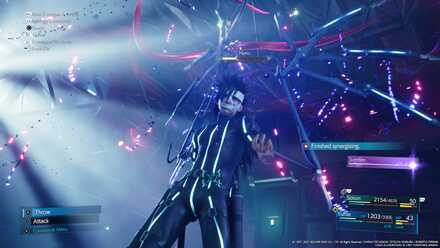 This is a guide to beating the Boss Nero the Sable in the game Final Fantasy 7 Remake (FF7R) from the INTERmission DLC in the Intergrade PS5 version. This article explains Nero's attack patterns, weaknesses, and tips and strategies for defeating them on Normal and Hard.

A member of an elite unit within Deepground known as the Tsviets. Also referred to as Nero the Sable. He is capable of manipulating darkness--a power born of corrupted energy--and uses it to consume anything that stands in his way.

Nero's darkness can drain your a lot of your health. The more health you have, the longer you will survive. But you also want to balance it with offense. If the fight goes on too long, it won't matter how much health you have. You will also want to be offensive and deal as much damage as you can to deal with Nero.

Press the Attack to Pressure Nero 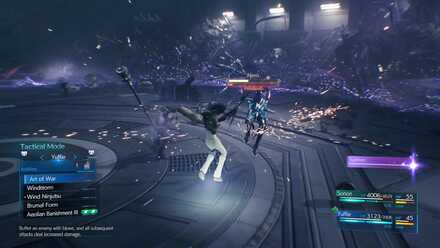 Nero does not have any elements it is weak to, nor a weak spot at first. The best way to deal with him is to keep going on the offensive and keep attacking. If you keep your attack you will eventually put in him the pressured state!

Stay Away from the Darkness or Use Regen 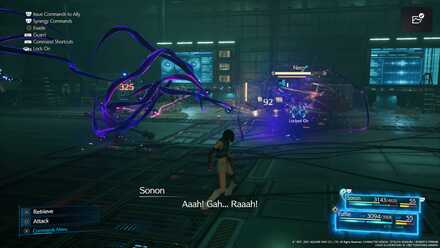 Nero's power over darkness can prove to be a challenge in this fight. During phase 1 you won't have to worry about it at all, but once he goes into his next phase, the darkness is going to be troubling. Getting hit by his dark attacks even if you do block them, will cover you in darkness, dealing damage over time. If you find yourself getting hit by the darkness a lot, consider using Regen to counter the darkness.

Aim for the Wings in the Last Phase 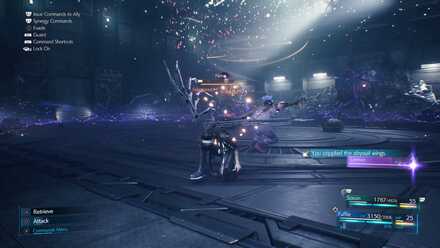 When Nero’s health is low enough he will go into his last phase where he extends his wings. He will gain new attacks and gain more range on his other attacks. But the upside is that his wings also become his weak point! Crippling it will give you a guaranteed stagger, allowing you to finish him off. 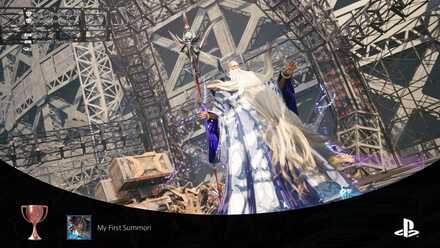 Summoning Ramuh can be a big help. Even if Nero does not have a lightning weakness, having a summon will give you an advantage anyway. If you do not have Ramuh, you can check out our guide on how to get the Ramuh Materia!
How to Get Ramuh Materia 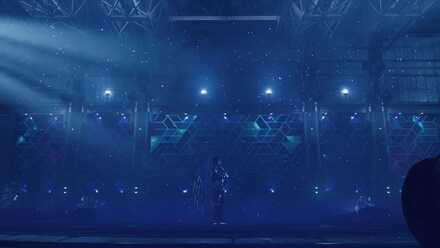 Nero has his hands tied so he has his power of darkness held back. 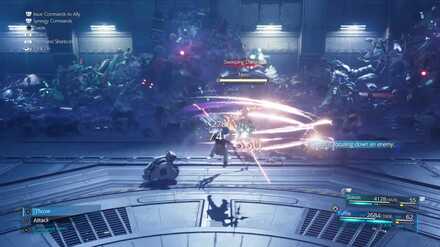 Nero has limited dark powers during phase 1 so his Sweeping Darkness is just him striking with his wings. An easy move to block. 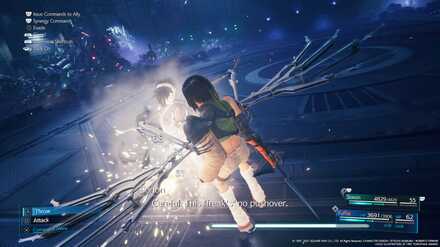 Nero grabs the character to deal damage. It is unblockable so you will want to jump out of the way. If you do end up getting grabbed as Yuffie and Sonon has some ATB, command Sonon to use an offensive ability to help bust you out of there! 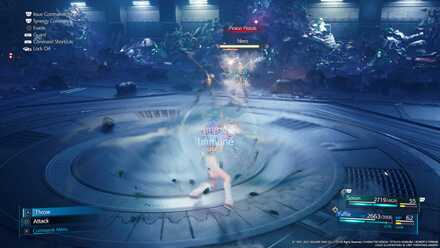 Nero fires his dual pistols. Does minor damage and does not put you in hit-stun. A fairly weak attack.

Dives in to deal damage. If you have some distance this attack is pretty easy to see coming and avoid. But if you are in fighting Nero in the air, this is an attack you need to watch out for and use Brumal Form to avoid it. 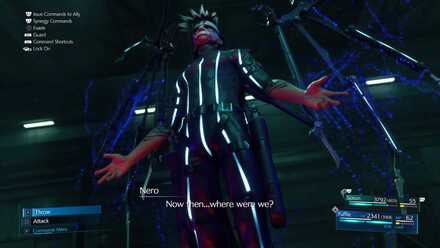 Nero imbues his attacks with darkness during phase 2. This will cause Yuffie and Sonon to be covered in it have their health drained over time even if they block the attack. 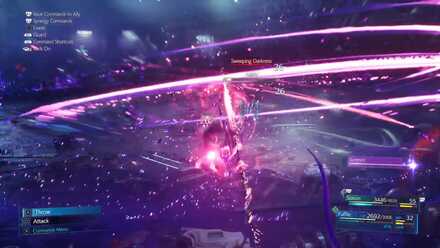 Same as phase 1 Sweeping Darkness but now imbued with darkness, increasing the range and adding the health drain effect.

During this phase, this attack becomes even deadlier. Instead of just holding you after grabbing, he also drains the life out of you with his darkness. It is best to avoid the grab. 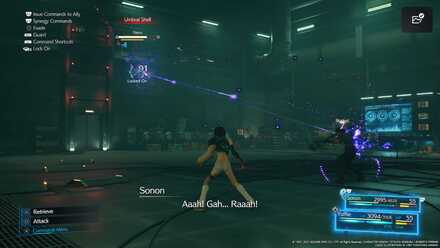 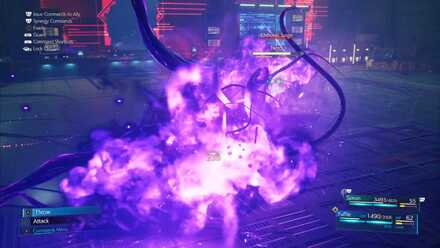 Nero fires a surge of darkness from the ground in front of him. It has a wide area of effect when fired, so you might have to block if you don't think you have time to dodge. 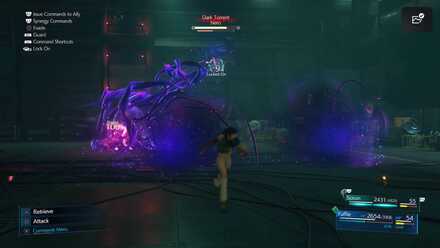 Similar to Chthonic Surge, Nero fires a beam of darkness in front of him. This comes out pretty fast so it can be difficult to dodge. 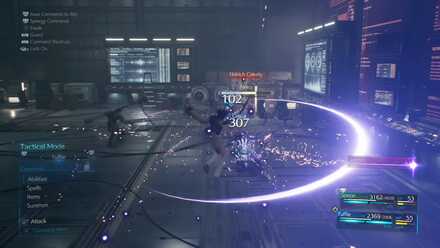 Deals damage in a circle around him. This attack will knock you back. A quick attack that is hard to avoid. This attack can be tough to block or avoid if you are constantly attacking close-range. 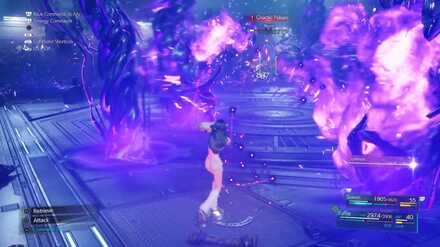 Multiple pillars of tentacles made of darkness erupt from the ground. This move is difficult to dodge as there are multiple pillars, each one having a large area. Head to a safe space in between the pillars to avoid big damage. 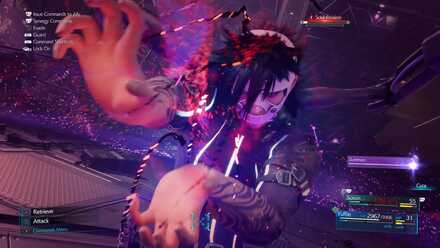 After a short charge, Nero will deal a ton of unblockable damage to a target. When you see him activate this move, press the assault and attack to make him cancel the attack! 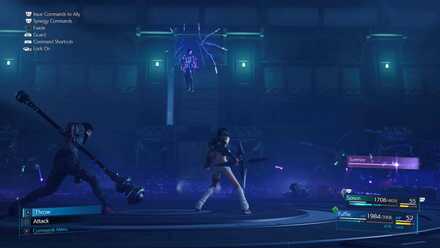 Nero covers the border of the battlefield with darkness. Stepping in it will deal damage and cover you in darkness. 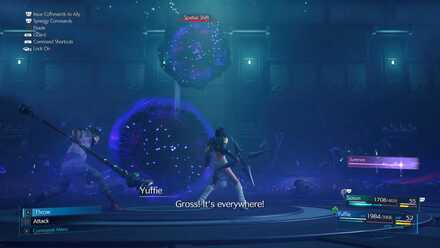 Nero teleports from one spot to another. You lose targeting when he uses this move and usually follows up with another ability right after. 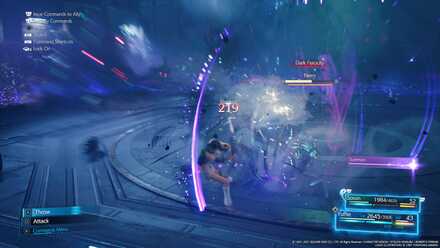 Nero attacks with a flurry of strikes if the first one connects. This can deal good damage even if you block it. Dodging the first attack is the best way to deal with this attack. 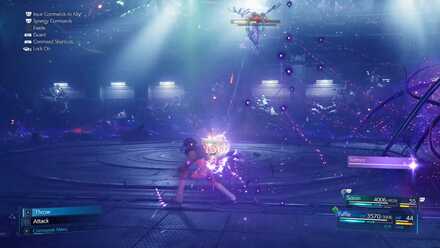 The strongest version of his gun attacks. It is advisable to dodge or at least block this attack, ignoring it is not an option. 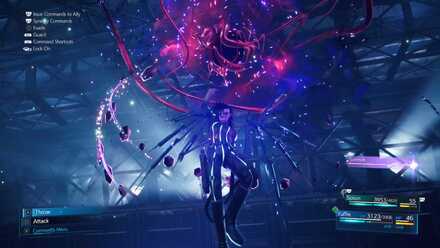 Nero covers the entire battlefield with darkness. This will have the effect of Yuffie and Sonon constantly having their health whittle away. When this activates, use regen to help with the health drain. If you do not have regen, then it is best to go on the offensive and take him out before you get taken out. 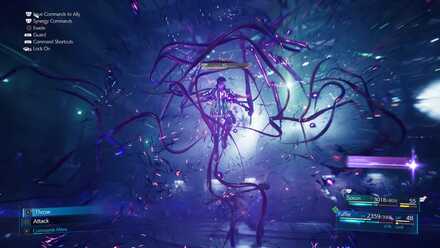 Nero extends his wings, increasing the range of his attacks, new moves, and a weak spot. 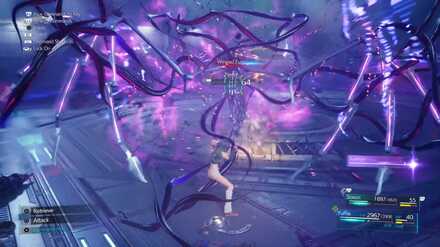 Nero charges straight ahead of him. There is some startup to the attack, giving you time to dodge out of the way. 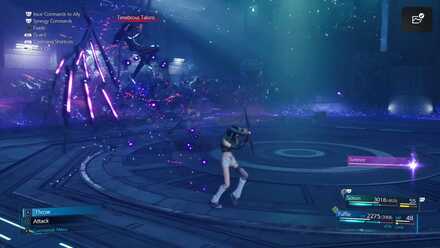 Nero strikes with his wing. It is a single attack that deals good damage so keep an eye out for it!

Not Much Different from Normal

The atack that Nero uses on Hard Mode are the exact same as on Normal. This means you can slam him with attacks until he's Pressured and hit him hard with Synergized attacks until he staggers.

Compared to Normal, however, his attacks will of course do more damage and the damage over time from certain attacks will also increase. Keep an eye on your HP and finish him off.

Your Remaining MP is the Biggest Challenge

As you'll have fought a few bosses and a gauntlet of enemies up to this point, depending on how you used your magic in previous fights your MP might be on the lower side with no way to recover it. Take advantage of Chakra or Prayer to heal and save MP for when you're in a pinch. Yuffie's Boomerang also has an increased MP regen rate that can be useful.

Post (2 Comments)
Opinions about an article or post go here.
Opinions about an article or post
We at Game8 thank you for your support.
In order for us to make the best articles possible, share your corrections, opinions, and thoughts about "How to Beat Nero the Sable | Boss Guide (Normal & Hard)" with us!
When reporting a problem, please be as specific as possible in providing details such as what conditions the problem occurred under and what kind of effects it had.