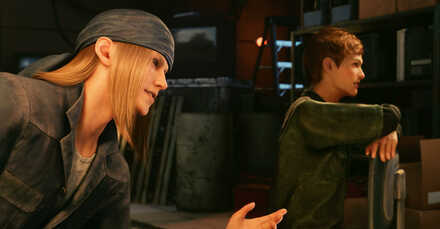 This is a profile of the character Billy Bob from the game Final Fantasy 7 Remake (FF7 Remake)'s DLC Intergrade for the PS5. Read on to learn about this character's voice actor and characteristics.

Billy Bob is voiced by David Goldstein in the English version of the game. David does not seem to have many roles in voice acting with only a total of 5 voice roles in two games. Even with his small filmography, David may surprise us with his role as Billy Bob!

As part of the HQ branch of Avalanche, Billy Bob's role is to gather intelligence for the organization. Being the most experienced member, he knows how to keep his head down and his ears open. He informs Yuffie of the Shinra Combat Simulator to help ready her for the battles to come.

The HQ branch of Avalanche is entirely different from Barret's splinter cell in that the HQ branch focuses on more peaceful methods to take down Shinra.

In order for us to make the best articles possible, share your corrections, opinions, and thoughts about 「Billy Bob: Character and Voice Actor | FF7 Remake Intergrade」 with us!