How to Use Shortcuts | FF7 Remake 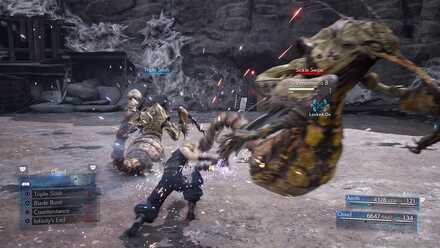 This is a guide to setting shortcuts in Final Fantasy 7 Remake (FF7R). Read on to learn more about assigning commands to shortcuts and how to use them in battle!

Command Shortcuts are the best way to use commands that you use most of the time or at some point during a battle. This is useful in instances like clearing mobs or healing allies quickly. Be sure to take advantage of this feature and change them according to your needs and playstyle! 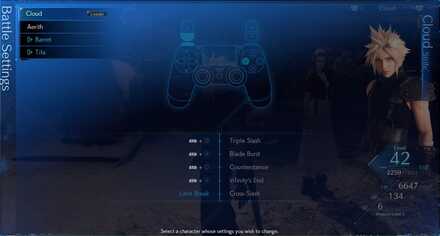 To change the Command Shortcuts for each character, simply open the Main Menu by pressing the Options button then selecting Battle Settings. From here, assign frequently used commands to each button such as Triple Slash for wiping out weak enemies fast or Cure for quickly healing allies in danger.

Now that you have Command Shortcuts assigned, you can now utilize them in battle! Simply hold L1 then press the corresponding button of the command that you want to use. You can also press L2 or R2 while holding L1 to switch between Command Shortcuts of your party members!

Time Does Not Slow Down 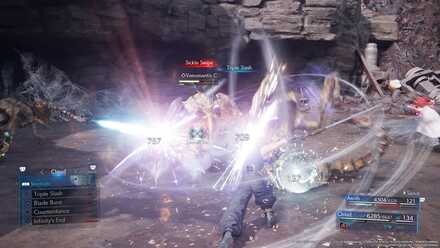 Take note that while holding L1, time will not slow down like it does when you open the Commands Menu, so be quick in deciding what command to use.

Register as a member and get all the information you want. (It's free!)
Login
Opinions about an article or post go here.
Opinions about an article or post
We at Game8 thank you for your support.
In order for us to make the best articles possible, share your corrections, opinions, and thoughts about "How to Use Shortcuts" with us!
When reporting a problem, please be as specific as possible in providing details such as what conditions the problem occurred under and what kind of effects it had.