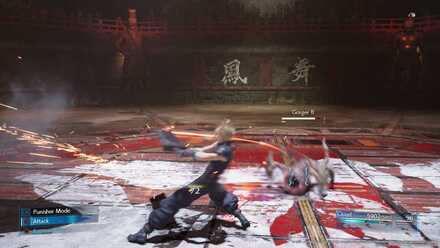 This is a guide to beating the Corneo Colosseum challenge Two-Person Team vs. Slum Outlaws in the game Final Fantasy 7 Remake (FF7R). This article explains what enemies you will face, recommended equipment and materia, and tips and strategies for defeating them. 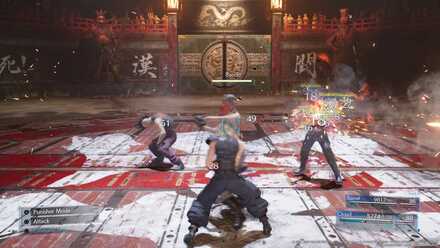 Human Enemies are Weak to Fire

The Bandit and Corneo Lackeys are weak to Fire spells. Cast Fire spells to deal a lot of damage and stagger them more easily. The Corneo Lackeys will drink a concoction that will make it impossible to fill their stagger gauge when they have low health, so watch out for that! 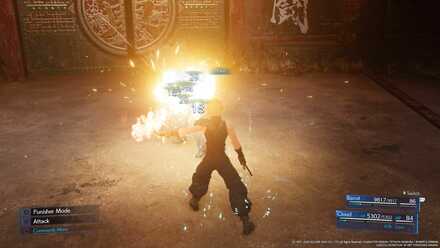 Use This Time to Heal

This fight is fairly easy as you will only have to worry about one Corneo Lackey. Use this oppurtiunity to heal. 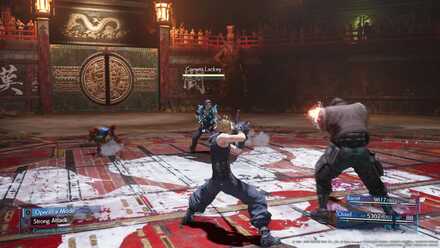 Similar to the First Battle

This fight is similar to battle #1 but with the twist of there being two Bandits and only one Corneo Lackey. Watch out for the traps the bandits place down. Touching one can put you in a bad situation! 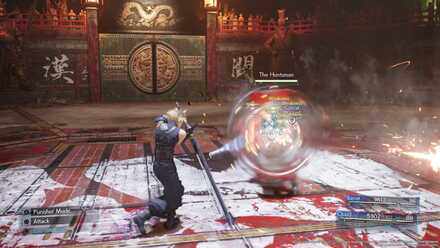 Attack from Behind or Cast Fire Spells

This fight with the Hunstman is made easier by the fact you will have another party member with you. This makes attacking from behind much easier. Using Fire spells can put him into pressure letting you go all out and stagger him. 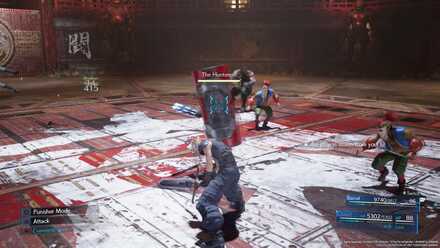 This fight can be a bit tough, but being able to magnify your Fire spells and focusing on the Bandits first will result in the Hunstsman being left by himself. Deal with him the same way you did in the previous fight.

Register as a member and get all the information you want. (It's free!)
Login
Opinions about an article or post go here.
Opinions about an article or post
We at Game8 thank you for your support.
In order for us to make the best articles possible, share your corrections, opinions, and thoughts about "How to Beat Two-Person Team Vs. Slum Outlaws | Corneo Colosseum Guide" with us!
When reporting a problem, please be as specific as possible in providing details such as what conditions the problem occurred under and what kind of effects it had.