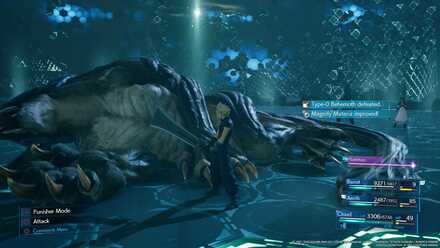 This is a guide to beating the Shinra Combat Simulator challenge Monsters of Legend in the game Final Fantasy 7 Remake. This article explains what enemies you will face, recommended equipment and materia, and tips and strategies for defeating them.

It's possible to use any set of 2 characters in this battle, but we recommend using Cloud, Barret and Aerith.

Cloud as the Main Damage with Aerith and Barret as Support

Cloud will be doing the main chunk of damage with the other party members supporting him, making sure he deals the as much damage as possible. Barret can tank damage with his Lifesaver with Aerith making sure everyone is healed up. 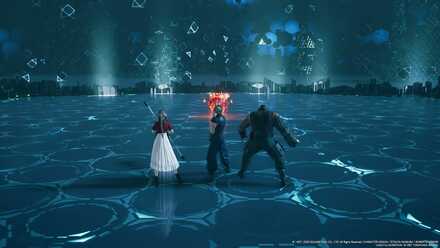 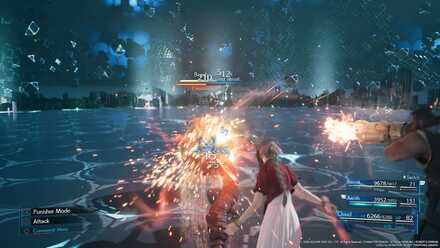 If you have a Fire materia combined with Elemental Lv.2 in your armor slots, you will become resistant to all fire attacks. This will allow you to get up close and deal damage without worrying about Bomb's attacks. Make sure to save your ATB to do your high damaging abilities when it does an attack to stagger it more easily. 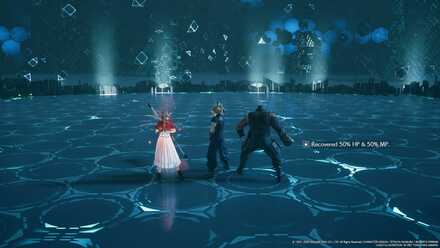 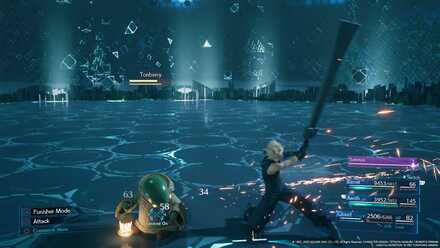 Tonberry has 3 insta-death moves, Subversion combined with Warding Lv.3 will make those moves useless against the character equipped. Just having one on Aerith will make sure that there is someone always ready to cast Raise.

Revive on Each Party Member is a Must 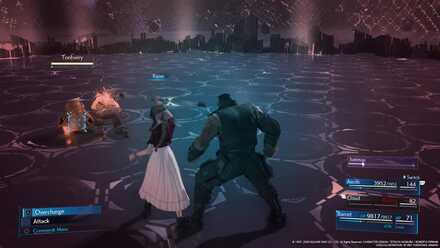 Thonberry has multiple insta-kill moves. This can put you into situations where at least of your party members will be downed. It is important to have revive on each member to make sure at least one can cast Raise before everyone is taken out. 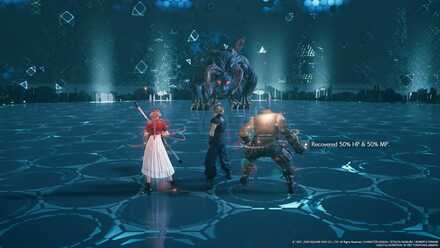 Cripple the Lower and Upper Body 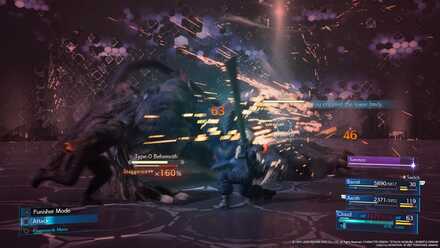 It is best to try to focus on its Lower and Upper body. After you cripple both of them, the Type-0 Behemoth will go into stagger, this is the moment to strike with your hard hitting moves!

Having Barrier cast on your party will let you reduce a lot of the incoming damage in this fight as Type-0 Behemoth move set is mostly physical attacks.

Break It's Horns After Staggering 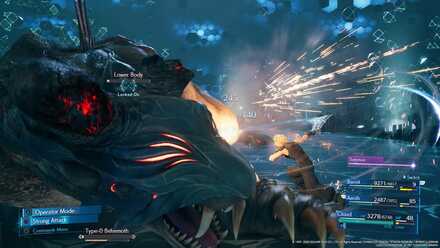 With its horns still intact, casting offensive spells will be me with Counter Flare. Its horns are also invlunlerable when not staggered. Focus on the horns after staggering and if you get to break it, you will be able cast spells against the Behemoth for the rest of the battle! 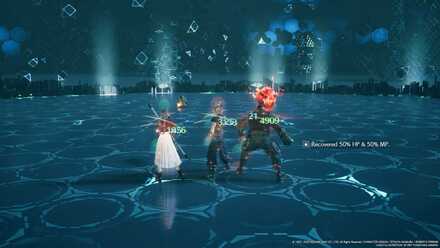 Focus the Bomb then Thonberry 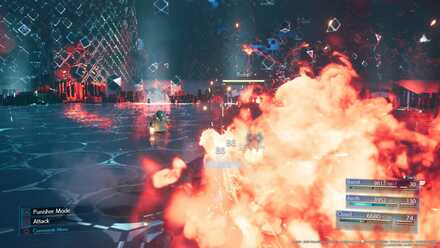 The Thonberry is slow to move and will generally not use its long range attacks if ignored. Use this to your advantage by quickly taking out the Bomb to focus on the Thonberry next! 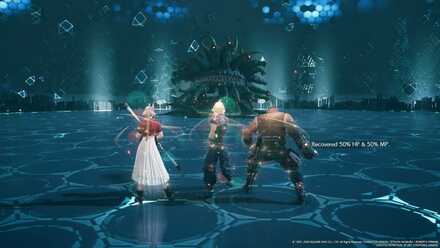 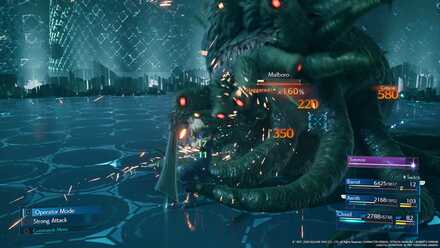 Malboro is slow and can only attack from its front. When it uses Bad Breath, get Cloud or whoever melee attacker you have behing it and attack from there. Make sure to get your ranged attackers to cast spells on its mouth to help stagger it!

Having Cleansing Materia Lv.2 is Recommended

How to Beat Malboro | Boss Guide

Register as a member and get all the information you want. (It's free!)
Login
Opinions about an article or post go here.
Opinions about an article or post
We at Game8 thank you for your support.
In order for us to make the best articles possible, share your corrections, opinions, and thoughts about "How to Beat Three Person-Team vs. Monsters of Legend | Shinra Combat Simulator Guide" with us!
When reporting a problem, please be as specific as possible in providing details such as what conditions the problem occurred under and what kind of effects it had.