This is a guide to beating the Bosses Reno and Rude in the game Final Fantasy 7 Remake (FF7R). This article explains their attack patterns, weaknesses, and tips and strategies for defeating them on both Normal and Hard Mode.

An operative with the Turks unit of Shinra's General Affairs Division. Fast and extremely agile, he leaps in to attack with his special Shinra-made security baton.

Magic and lightning attacks have only a slight effect on his stagger gauge.

No Enemy Skills can be learned from Reno - Ch. 12.

An operative with the Turks unit of Shinra's General Affairs Division. As he possesses incredible strenght and a well-toned physique, he prefers using his fists over weapons.

Wind attacks rapidly fills his stagger gauge, but fire attacks have litle effect on it.

No Enemy Skills can be learned from Rude - Ch. 12.

While you should be switching between all three playable characters in this fight, there are times where Barret becomes the most viable. As Barret can stay further away from Reno and Rude's hard hitting physical attacks, you can take advantage of his hard hitting Overcharge and Focused Shot abilities for heavy damage. He is also the best for quickly taking out Rude's helicopter to move into phase 3. 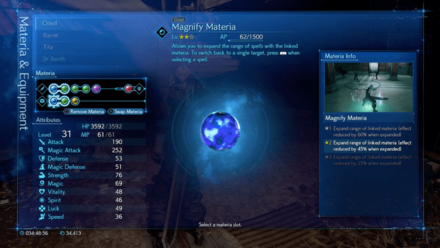 Reno and Rude will do a lot of damage, some unavoidable, to your entire party. To remedy this and keep everyone healthy, link the Magnify and your strongest Healing Materia together to keep everyone in tip-top shape.

Poison Is Your Friend 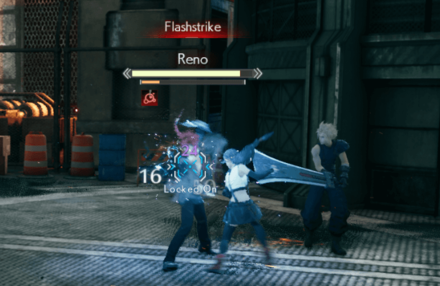 If you have been using the Poison Materia, bring it along! Both Reno and Rude, especially Rude, are susceptible to the poison status effect which can help whittle down their HP bars. 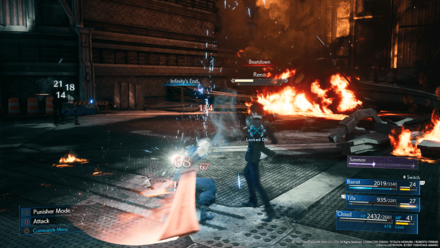 Reno becomes invincible to damage in two different portions of his fight so it isn't advised to attempt to stagger him. Go on the offensive as much as you can to keep pushing into the next phases. Rude is easier to stagger but as he starts the battle with half HP, you may not need to bother.

Be Patient, Not Greedy

If you get close and try to attack too much, Reno will often take advantage of this and interrupt your attacks before you can block. Take a few swings and block to prevent his Beatdown or Wild Swings from hurting you too bad. When Rude enters the mix, he will often be blocking to take reduced damage and get ready for a counterattack with Haymaker so the same rules apply.

Use Your Limit Breaks 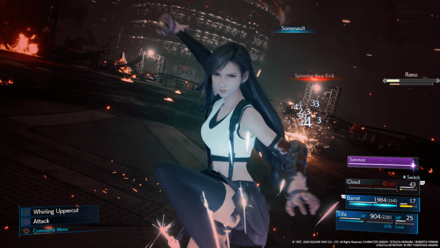 Chances are you'll either be blocking or taking a lot of damage which will power up your Limit Gauge by phase 2 or 3. Just one LB can be enough to take out the last of either Reno or Rude's HP so don't hold back!

Use Barret as a Healer 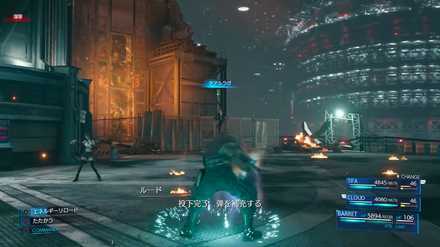 Barret will not join your party until directly before this fight, so he has the advantage of entering the fight with no MP previously used. If Cloud and Tifa's MP have already been used to some extent during the chapter, be sure to place the Magnify Materia and Healing Materia on Barret before the fight.

Pressure Them During Phase 3 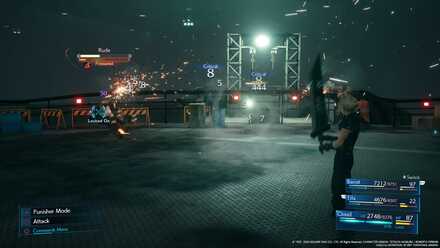 Cast Poison and Sleep on Both of Them 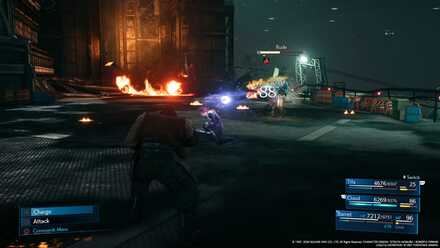 Rude and Reno are both susceptible to poison magic, particularly Rude is. They are also vulnerable to Sleep spell. Use Sleep on one of them then Poison on the other and focus them in a 3 on 1!

Almost all of Reno's attacks can be countered. There are some points where he might break through your counter, but in general, try to taunt Reno into coming at Cloud, and use Twin Stinger's Counterstance Ability to hit back against his attacks and take out Reno easily.

To make sure you have sufficient ATB to counter his attacks, equipping the Steadfast Block Materia will help you charge quickly.

Use Wind magic to take out Rude 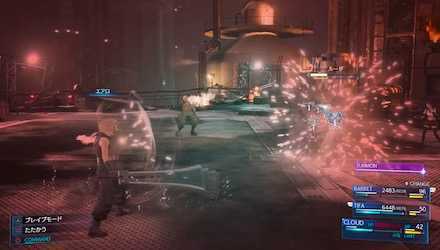 Rude suffers from the same weakness to Wind Magic he did in Chapter 8, and hitting him with multiple Wind attacks in sequence will knock him down and build up his Focus Gauge quickly. Simply put, pummel him with Wind attacks repeatedly.

Before the fight wears on and your party members start to get tired, knock out Rude quickly at the start of the battle by going hard against him from the start with Wind Magic. Pairing Elemental Materia with Wind Materia on Tifa and/or Cloud will help take him out even more efficiently.

See more comments (3 Comments)
Opinions about an article or post go here.
Opinions about an article or post
We at Game8 thank you for your support.
In order for us to make the best articles possible, share your corrections, opinions, and thoughts about "How to Beat Reno and Rude | Boss Fight Guide (Normal & Hard Mode)" with us!
When reporting a problem, please be as specific as possible in providing details such as what conditions the problem occurred under and what kind of effects it had.