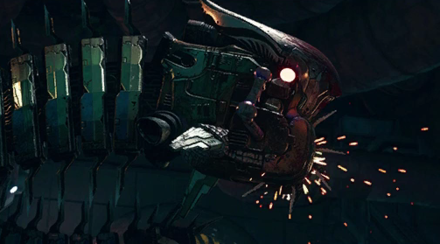 This is a guide to beating the Boss Swordipede in the game Final Fantasy 7 Remake (FF7R). This article explains Swordipede's attack patterns, weaknesses, and tips and strategies for defeating them.

A bionic species created by Shinra's R&D Division. These specimens are difficult to control, as their behavior regulation mechanisms have not yet been perfected. They circle in the sky searching for quarry, then swoop down to attack.

No Enemy Skills can be learned from Swordipede.

During the first phase, you should use Barret as your main attacker and Cloud as your support since there will come to a point where Swordipede will fly higher. After its HP drops to about half of the bar during the first phase, it will get enraged and will move on to the second phase where the others will finish it off.

Before the second phase, you will have an opportunity to open the menu and change your equipment. Use Aerith as your main attacker and Tifa as your support as Aerith's long range attacks will be much effective in this battle.

Use Barret in the First Phase 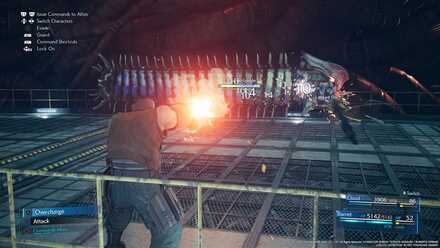 Cloud will have a hard time damaging Swordipede in the first phase as you will need to hit its head to deal a noticeable damage, otherwise it will just be "blocked". Attacking it head on will just make it easier for Swordipede to damage you with its circular saw so using Barret would be your best bet. 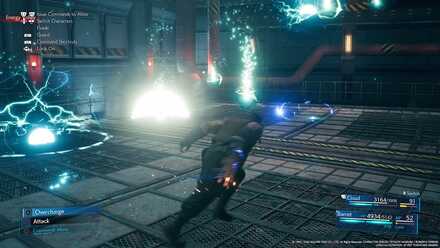 Locking-in to Swordipede's head will make it easier to damage it but it will also make it more difficult to dodge the orbs from Energy Volley. Remove your auto-lock by pressing R3 again and adjust your camera angle so that you will see where each of the orbs will hit.

Open the Menu Before the Second Phase 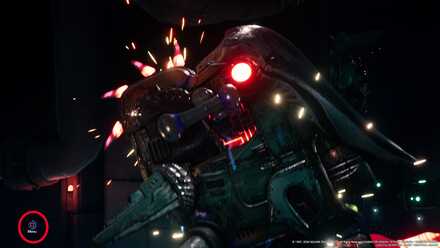 During the cutscene after the first phase, you will be given an opportunity to open the menu and prepare for the next phase by holding the square button. Take advantage of this to optimize Tifa and Aerith's equipments. You can also transfer equipments and materias from Cloud and Barret!

Use Aerith in the Second Phase 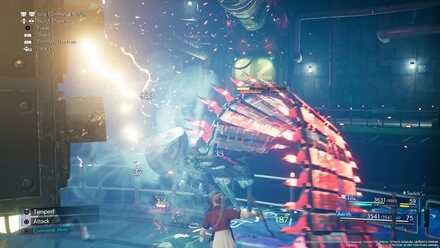 Same as Barret during the first phase, Aerith will make it much easier to deal damage with her long-ranged attacks during the second phase. Increase her damage output by equipping her Magic Up materia and your highest leveled elemental materia. Lightning materia is recommended as it is easier to hit and will strike through the pillar in the middle. To make it more devastating, use Arcane Ward on Aerith before casting your Thundaga!

Watch Out for the Saw-Toothed Spin 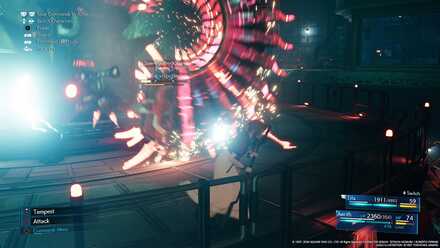 Saw-Toothed Spin is a very quick attack so you cannot run away from it unlike Live Wire and Energy Volley. Instead, you should watch where it spins. Each spin will either be through the inner or outer area of the circle. It will move really quick so you need to focus on where it spins. After spinning, Swordipede will stop for a while so unleash your most powerful attacks before it moves again.

In order for us to make the best articles possible, share your corrections, opinions, and thoughts about 「How to Beat Swordipede | Boss Guide | FF7 Remake」 with us!