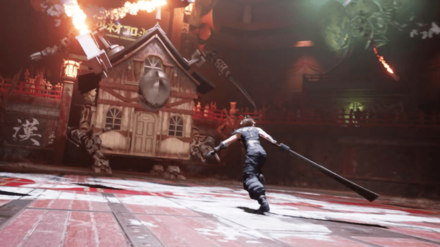 This is a guide to beating the Boss Hell House in the game Final Fantasy 7 Remake (FF7R). This article explains Hell House's attack patterns, weaknesses, and tips and strategies for defeating it on both Normal and Hard Mode.

Don Corneo’s secret weapon, a monster in the form of a house. No one knows how it was built.

When it shifts barriers, hit it with the opposing element, such as ice to fire or lightning to wind, to rapidly fill its stagger gauge. When God House Mode is active, attacks will be less effective at filling the gauge, but for a short time after this mode ends, it will be much easier to stagger.

Hell House can change its own element, reversing or changing its weaknesses and absorbed elements.

Keep an eye on its color to tell what element it is!

Each time Hell House takes a set amount of damage, it will change its form and its attack pattern. Keep these phases in mind as you fight to end this house from hell!

No Enemy Skills can be learned from Hell House.

How to Pressure Hell House

The Hell House is encountered in Chapter 9. During this chapter, Cloud and Aerith are available.

Cast Regen at the beginning of the battle and every time it expires. Use Focused Thrust to pressure Hell House and make this fight easier. Spam Bio (or higher) when it uses God House Mode since it is non-elemental. Fat Chocobo is your safest summon here as using other summons might just heal the Hell House if it shifts to a barrier that can absorb its element.

Aerith can deal more damage with the spells from Poison materia since she has exceptionally higher Magic stat than Cloud. Control Aerith when the Hell House flies to deal damage from afar.

Prepare Element Materia for all Elements 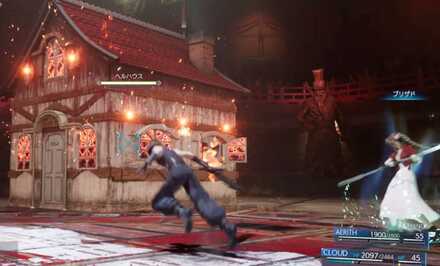 Since Hell House will change its weaknesses on the go, you'll want to equip Fire, Lightning, Ice and Wind Materia on Cloud and Aerith beforehand. 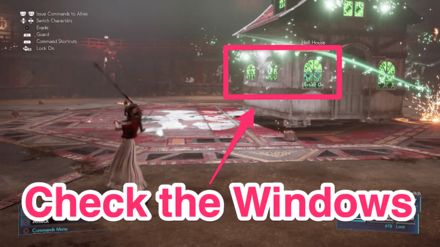 Hell House will use Barrier Shift to change its element and consequently its weakness. The color of its windows will let you know what element Hell House currently is, and it will use attacks based on what it element it is as well.

Using Aerith with her high Magic Attack stats, we managed to deal 1000 damage when hitting its weaknesses, so we recommend equipping her with as many different Magic materia as possible.

Make Full Use of the Wide Area 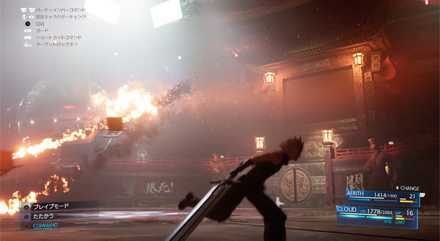 Most of Hell House's attacks have many projectiles and cover a wide area, but you can avoid them if you run in larger circles, fully using the Colosseum space available. 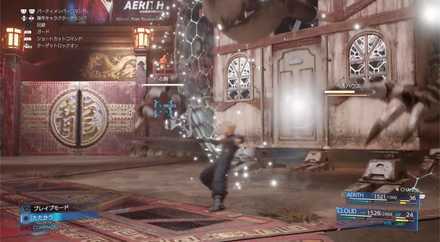 While in God House Mode, as the name would suggest, Hell House will set up a barrier and make itself nearly invulnerable to physical attacks.

However, you can still attack its Arms and should definitely do so. You can keep using magic on Hell House itself to deal damage and try to Stagger it.

Look out for Heavensward at the End 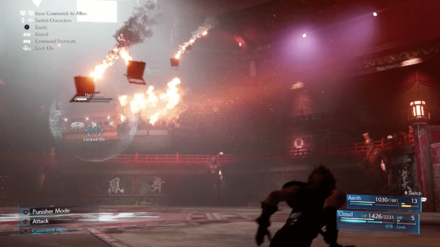 From Phase 3, Hell House will use Heavensward (No, it won't throw the expansion at you) to jump onto the walls and attack from above.

Heavensward is mainly a combination of Fire Crackers and Chair Salvos raining down on you and can be avoided without much trouble, but it ends with a move called Hellbound.

Hellbound is quite hard to avoid and deals a lot of damage, so try to stay as far away from Hell House as possible before it counts down from 3.

You will need to have some Physical damage to handle the Tonberries with a single Triple Slash while still having enough Magic damage to deal with the Hell House. This is where the Buster Sword comes in handy.

Having Aerith lean more into offensive magic can shorten the Hell House fight. Mythril Rod is a good choice as it has the highest Magic damage stat.

The basic flow is the same as Normal Mode

The essential strategy for this battle is the same as on Normal Mode. Check the color of the windows, and use the opposite element for the indicated color to hit its weakness. On Hard Mode, you'll want to take even more care than usual to attack it with the correct element. Be sure to make both party members hold Fire, Ice, Lightning, and Wind Materia for the battle.

Defeat Tonberrys as soon as they appear

As soon as the battle begins, the Hell House will release three Tonberrys onto the field. Tonberrys have several Abilities which will allow them to inflict Instant Death on your party members, but they will come into battle already in a Pressured state. Take them out with moves like Triple Slash and Aerith's Sorcerous Storm which can attack multiple foes at once to ensure that none of them will become fully active.

Avoid its charge attacks by guarding and dodging to the side

When its flaps it arms and then charges after you, you'll need to guard first, then roll to the side to avoid it. If you try to avoid it by running to the side normally, the Hell House will simply chase you down until it catches up and hits you. Instead, block while waiting for it to charge, then roll out of the way.

Hit it with its weakness before Hellbound hits

During Hell House's ultimate attack Hellbound, after it has completed the countdown, the Ability name will appear over its head, and it will suddenly use Barrier Shift to change its element. If you hit it with the matching element right after it switches, you'll be able to to cancel the attack and give yourself an opening to strike hard.

Use the Poison and Time Materia 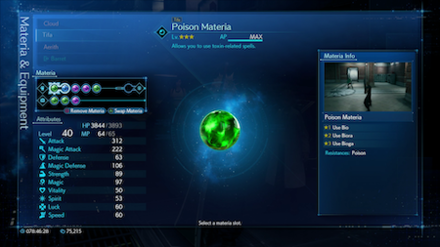 Hell House's recurring damage from Poison on Hard Mode reaches as high as 127, allowing Poison to significantly wear down its HP even when it's in God House Mode. Poison's damage isn't related to the user's Magic stat, so it's safe to place this one on Cloud and save the big-hitter Magic for Aerith.

Time Materia will also prove useful here. Haste is effective for casting on Aerith, so use this to grant her more ATB charges to cast offensive Magic and use Abilities like Arcane Ward, which duplicates each offensive spell. Hell House is also vulnerable to Stop, despite its immunity to Slow.

Ignore the Cutter and Sweeper appearing at the end

At the very end of the fight, the Hell House will summon a Cutter and Sweeper. At this point, Hell House's HP is close to the end of its rope, and you can win this fight just by knocking it out. If you really need to get rid of them, you can use Lightning Magic to swiftly take them out.

See more comments (7 Comments)
Opinions about an article or post go here.
Opinions about an article or post
We at Game8 thank you for your support.
In order for us to make the best articles possible, share your corrections, opinions, and thoughts about "How to Beat Hell House in the Colosseum | Boss Fight Guide (Normal & Hard Mode) " with us!
When reporting a problem, please be as specific as possible in providing details such as what conditions the problem occurred under and what kind of effects it had.