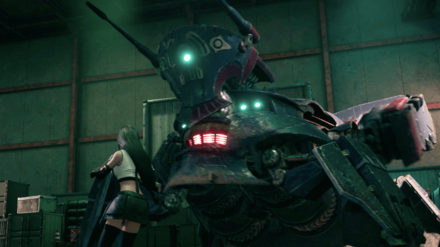 This is a guide to beating the Boss Crab Warden in the game Final Fantasy 7 Remake. This article explains Crab Warden's attack patterns, weaknesses, and tips and strategies for defeating it on both Normal and Hard Mode.

A large sentry weapon manufactured by Shinra's Advanced Weapon Division. It is an outdated model used during the last war, so it is kept in storage in the corkscrew tunnel. Slow but heavily armored and bristling with powerful weapons.

No Enemy Skills can be learned from Crab Warden.

The Crab Warden is encountered during Chapter 5. In this chapter, Cloud. Barret, and Tifa are available.

Use Triple Slash to damage multiple legs or Thunder or Thundara to deal massive damage to one leg. Summon Ifrit as soon as possible and spam Radiant Plume to cripple each of Crab Warden's parts one by one.

Cast Barrier to your main attacker (Cloud or Tifa) and try to conserve as much MP as possible for Auto-Cure's emergency healing. Remember to use Overcharge for a huge ATB boost.

Crab Warden is the first multi-phase Boss since Scorpion Sentinel. As they are both based on shelled insects, they seem to be part of a set. Be aware of the differences between each of its three Phases before fighting it.

Crab Warden is weak to Thunder, so prepare or purchase and equip Lightning Materia.

Destroy One Leg After Another 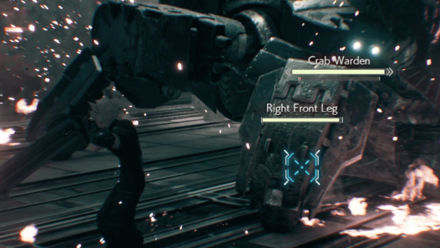 The Crab Warden can be Staggered by destroying its Legs, so aim for those and take out one at a time. If you use Cloud's Abilities or Thunder magic, it should be fairly easy.

Once you Stagger it, the Generator will appear so hit that weak spot with your most powerful attacks.

Fight Away from the Track 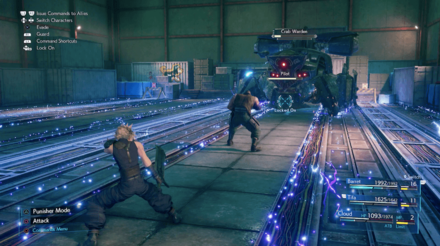 In Phase 3, the Crab Warden uses the Surge attack to electrify the rails and wires, so make sure you and your party members are standing on the tiles.

Heavy Guns Come Out at the End 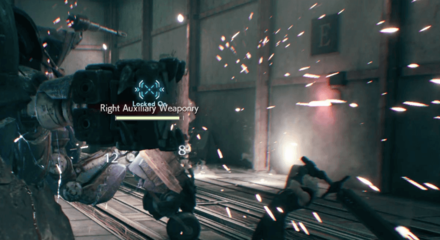 Also in Phase 3, the Crab Warden will bring out two Auxiliary weapons. The attacks from these are hard to dodge, so just keep on attacking and destroying them with Thunder.

Cloud as the Mage

Cloud has the best Magic damage output and potential with his Mythril Saber combined with the Circlet. You will want to use him whenever you need to stagger with the help of Lightning magic.

TIfa as the Hitter

Once Airbuster is staggered switch to Tifa and let her rip. Make sure you have max Chi lv. when you stagger it. Use Rise and Fall and Omnistrike to increase the stagger bonus damage and use True Strike for maximum damage.

With Barret's large health pool and ability to fight from afar, he has the best chances of living the longest, making him an effective healer. Switch to him whenevery you need to heal, revive or simply need to attack from afar. 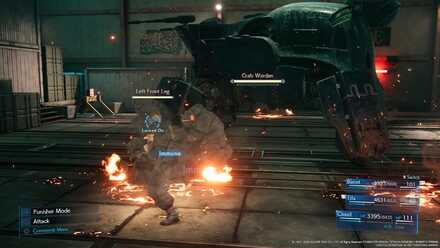 When Crab Warden uses its Wildfire attack it will cover the battlefield in fire. This can make it hard to approach the Crab Warden and can deal a lot of damage. Having Fire linked with Elemental Lv.2 will completely negate the damage and having it at Lv.3 will even heal your party member equipped.

Switch to Tifa After Staggering 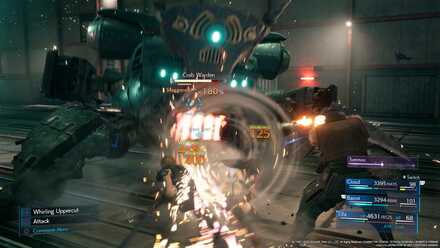 Take advantage of Tifa's damage output after staggering the Crab Warden. Make sure you have max Chi level and immediately use Rise and Fall and Omnistrike to maximize the Stagger damage.

The Crab Warden will lock-on to the character you are controlling at the moment, you will know when this is happening with a red circle over your character. It is better to switch to a different character as whoever is locked-on will be blocking most of the time to tank the attacks. While they tank the attacks you can use your other party members to continue the assautl!

Obtain Barret's Manuscript as a Reward 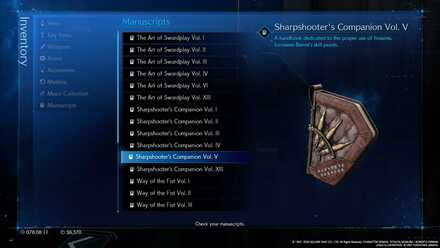 Beating the Crab Warden on Hard Mode will reward you with Barret's Manuscript: Sharpshooter's Companion Vol. V. Make sure to fight and beat this boss if you want to collect all the manuscript for each character! 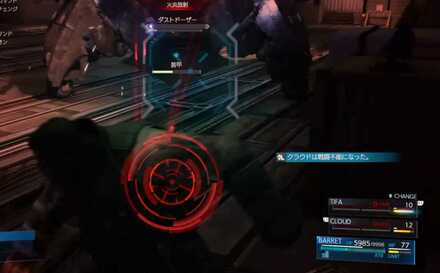 On Hard Mode, the battle with Crab Warden is not significantly different from on Normal Mode. Its attack power is significantly higher, and it will use more bullets, making it impossible to fight back under heavy fire. Equip the Healing Materia and Revival Materia to at least two of your party members to make sure you can continue the fight and attack when you have an opening.

Basic flow is the same as Normal Mode 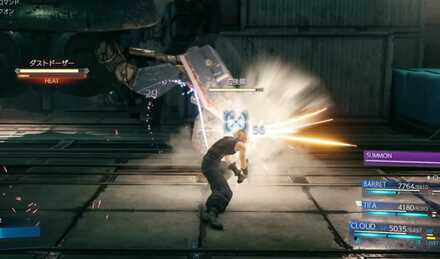 Stick to the same major strategies you employed when fighting Crab Warden on Normal Mode, destroying its legs to Stagger it. Its defensive stats are higher this time around, so you'll need to focus more directly on the legs to yield a Stagger. 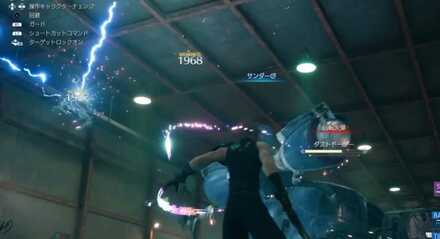 Crab Warden will summon Slug-Rays to serve as a nuisance during the battle. Take these out in one swoop by using the Magnify Materia together with the Lightning Materia to hit all of them in a single attack. Even with a Magic Attack of 285, Thunder wasn't enough to take these out, so use Thundara to make sure you can finish them off in one hit.

In order for us to make the best articles possible, share your corrections, opinions, and thoughts about 「How to Beat Crab Warden | Boss Fight Guide (Normal & Hard Mode) | FF7 Remake」 with us!