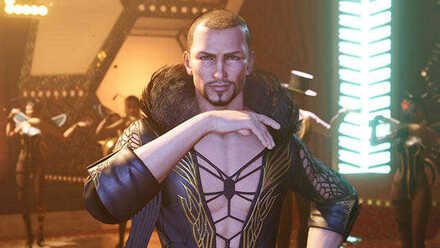 This is a profile of the character Andrea Rhodea from the game Final Fantasy 7 Remake. Read on to learn about this character's voice actor and characteristics.

Andrea Rhodea is the owner and one of the dancers in Honeybee Inn. He is an influential person who manages the entertainment district and is one of the agents for the bridal audition for Don Corneo.

Every night, he goes up to the stage with his dancers to give quality entertainment to the people. In pursuit of perfection, he consistently trains both his body and mind.

New Character from the Remake

Andrea Rhodea is a new character introduced in Final Fantasy VII Remake who is the owner of Honeybee Inn. The Honeybee Inn is located in Wall Market, which is under Don Corneo's control.

Register as a member and get all the information you want. (It's free!)
Login
Opinions about an article or post go here.
Opinions about an article or post
We at Game8 thank you for your support.
In order for us to make the best articles possible, share your corrections, opinions, and thoughts about "Andrea Rhodea" with us!
When reporting a problem, please be as specific as possible in providing details such as what conditions the problem occurred under and what kind of effects it had.