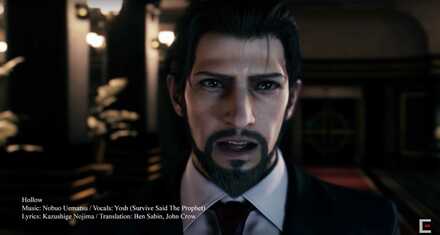 This is a profile of the character Reeve from the game Final Fantasy 7 Remake. Read on to learn about this character's voice actor and characteristics.

Reeve oversees the management and maintenance of the city of Midgar. A talented engineer who only focuses on improving the environment around the city, an unusual characteristic for a person who works for the Shinra Company.

In the original Final Fantasy VII, Reeve has a connection with a certain party member. In the remake, the appearance of that character is not yet confirmed, but together with Reeve, they are both expected to appear again in the future installments of Final Fantasy VII Remake.

See more comments (3 Comments)
Opinions about an article or post go here.
Opinions about an article or post
We at Game8 thank you for your support.
In order for us to make the best articles possible, share your corrections, opinions, and thoughts about "Reeve" with us!
When reporting a problem, please be as specific as possible in providing details such as what conditions the problem occurred under and what kind of effects it had.