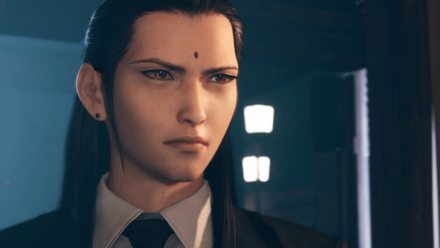 This is a profile of the character Tseng from the game Final Fantasy 7 Remake. Read on to learn about this character's voice actor and characteristics.

Leader of the Turks

He takes his job seriously to the point that he becomes temperamental at times. Despite instances where he is seen as ruthless and loyal to Shinra to the core, he still maintains a hidden devotion to people with whom he is close.

An Update in Style

In Final Fantasy VII, Tseng wears the dark blue attire of the Turks. His eyes are dark brown and he sports a shoulder-length black 'do, which is sometimes tied in a ponytail. He also has a tilak on his forehead.

This is revamped in Final Fantasy VII Remake, where his ponytail is removed in place of a hairstyle with a free-flowing fashion. His suit has also been transformed to be all-business, signifying his serious outlook on service and loyalty to Shinra Corp.

See more comments (3 Comments)
Opinions about an article or post go here.
Opinions about an article or post
We at Game8 thank you for your support.
In order for us to make the best articles possible, share your corrections, opinions, and thoughts about "Tseng" with us!
When reporting a problem, please be as specific as possible in providing details such as what conditions the problem occurred under and what kind of effects it had.