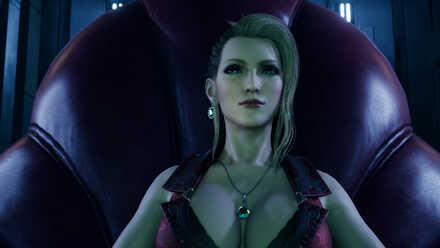 This is a profile of the character Scarlet from the game Final Fantasy 7 Remake. Read on to learn about this character's voice actor and characteristics.

Scarlet is the Director of Weapons Development in the Shinra Electric Power Company. During the war, she created various sophisticated weapons that brought great benefits to the backbone of the company. As an exchange for all her efforts for the company, she got promoted to the role of executive officer.

Scarlet is ruthless and will use all her power to fulfill her goals. She also has a character-defining laugh like Heidegger, and when the two of their laughs combine, it's a force to be reckoned with.

Scarlet is wearing a bright red dress with plunging neckline and a slit on the side, matching it with a sharp red heel shoes. This outfit really suits her personality. Scarlet maintains her domineering presence as also seen in the original version of Final Fantasy VII.

Scarlet had a fierce fight with Tifa in the original version of Final Fantasy VII. She made the mistake of asking Tifa to run to the end of a cannon, allowing her to escape. With this remake taking place in Midgar, there might be a chance that we will witness the continuation of their battle.

I wish she made more weapons that would break common logic in game.

The only thing i want from her is this scene in the remake. Hope they add it to part 2. 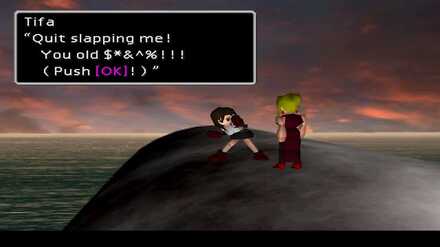 Register as a member and get all the information you want. (It's free!)
Login
Opinions about an article or post go here.
Opinions about an article or post
We at Game8 thank you for your support.
In order for us to make the best articles possible, share your corrections, opinions, and thoughts about "Scarlet" with us!
When reporting a problem, please be as specific as possible in providing details such as what conditions the problem occurred under and what kind of effects it had.