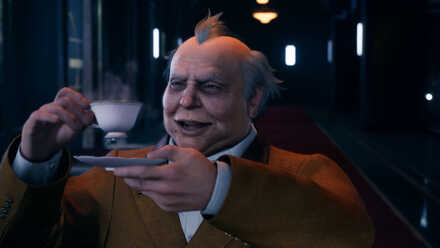 This is a profile of the character Palmer from the game Final Fantasy 7 Remake. Read on to learn about this character's voice actor and characteristics.

Palmer is the head of the discontinued Space and Aeronautics Division and the eldest among Shinra's executives. He still continues to act as an executive despite his department losing its relevance after failing to launch a rocket.

Now, he spends most, if not all, of his leisure time letting others do the job while he is timidly hiding, sipping a cup of tea.

Appeared as a Boss in the Original

Palmer was encountered as a boss in the original Final Fantasy VII. However, this scene occurs on the way to Rocket Town, which is located outside Midgar, so it is not be included in the first part of the remake. We're hoping to see this fight included in the future installments.

In order for us to make the best articles possible, share your corrections, opinions, and thoughts about 「Palmer | FF7 Remake」 with us!