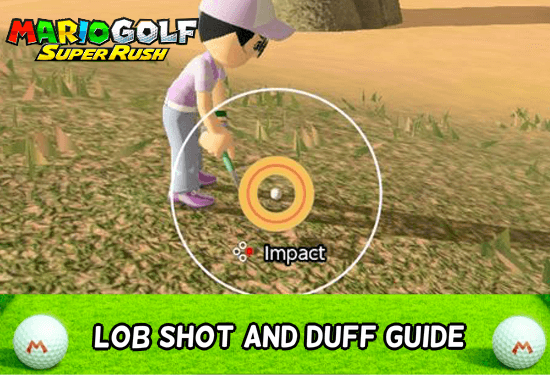 This is a guide on how to perform lob shots and the duff gauge in Mario Golf: Super Rush for the Nintendo Switch. Read on to learn how to hit your ball higher and get more height with your shots.

How to Get Lob Wedge and Learn Lob Shots

Speak with the Coach and Clear His Training 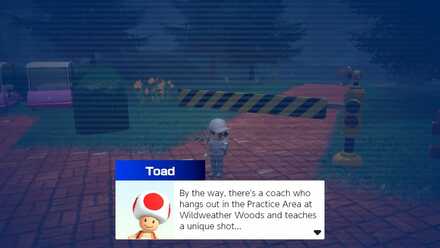 After clearing a round of Speed Golf Training in Wildweather Woods, a Toad will inform you of a coach who teaches a unique type of shot in the Practice Area. Once you head there, speak with the coach and he will lend you his Lob Wedge as he teaches you about Lob Shots. 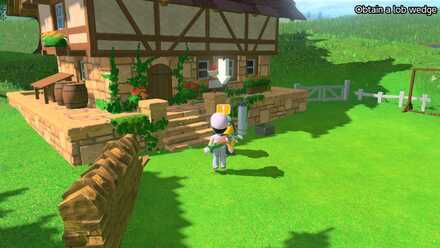 Once you complete the coach's training exercise he will take back the Lob Wedge he lent you, but at the same time he will tell you to seek out Master Lob for a new Lob Wedge. Master Lob is located in Bonny Greens, so you'll have to backtrack to this area and speak to him in order to receive a Lob Wedge.

Master the Way of the Duff 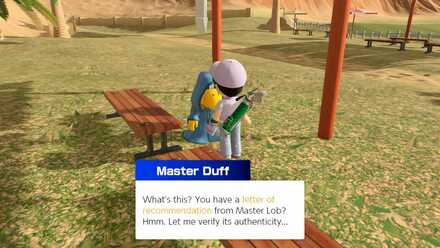 After receiving your new Lob Wedge, Master Lob will also ask you to seek out Master Duff for further training and gives you a Letter of Recommendation. Master Duff is located at the practice course in Balmy Dunes, so head there and give him the recommendation letter. 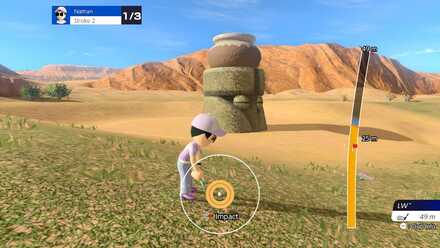 How to Perform Lob Shots

What are Lob Shots? 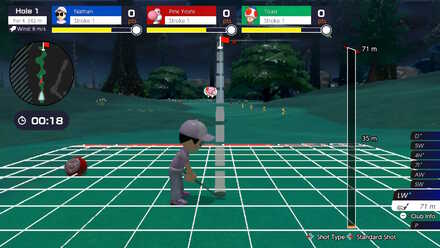 Tip: for setting the power of your Lob Shot, you want to hit the ball with a little more power than desired for the ball to land at the spot you want.

How to Use Duff Gauge 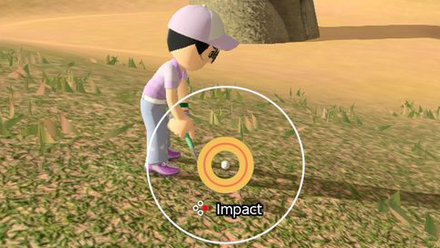 After setting your shot power, the Duff Gauge will appear. A hollow orange circle will appear at the bottom of the screen followed by a large, but rapidly shrinking white ring. When the white ring reaches inside the orange area, press the A button to strike a successful Lob Shot.

When to Perform Lob Shots

Taking the Ball to New Heights

Lob Shots are particularly useful for getting your ball on to an area with higher elevation. The added height the ball gets also helps it fly over obstacles a short distance ahead of it. 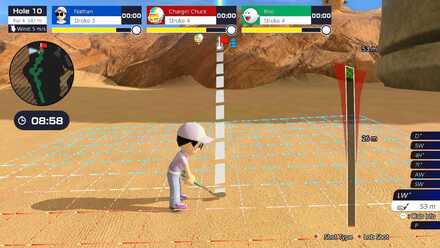 Lob Shots are also used to drive your ball out of difficult terrain such as Deep Roughs and Bunkers without losing too much control (despite the Risk Zone being visibly higher). Do take note that in addition to the reduced horizontal distances, Lob Shots become more susceptible to the effects of Wind the higher the shot goes.

When to Perform Duff Shots 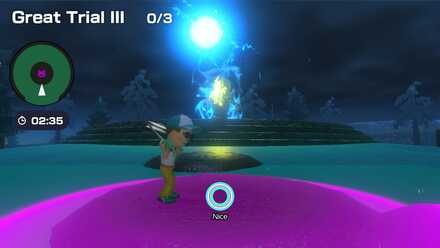 Duff Shots aren't particularly helpful in the regular golfing courses. However, Duff Gauge mastery is a key method of attack against certain bosses you'll face in Adventure Mode, so be sure you've practiced and mastered the Way of the Duff. You can check out the bosses you'll face below.

Register as a member and get all the information you want. (It's free!)
Login
Opinions about an article or post go here.
Opinions about an article or post
We at Game8 thank you for your support.
In order for us to make the best articles possible, share your corrections, opinions, and thoughts about "How to Perform Lob Shots: Lob and Duff Guide" with us!
When reporting a problem, please be as specific as possible in providing details such as what conditions the problem occurred under and what kind of effects it had.