How to Use Wario: Character Stats and Abilities | Mario Golf: Super Rush (Switch) 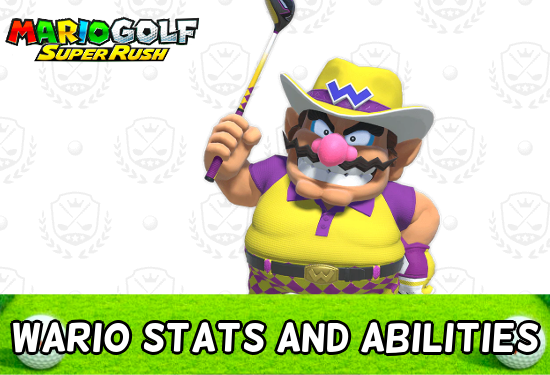 This guide is on how to use Wario, a character in Mario Golf: Super Rush for the Nintendo Switch. Read on to learn about Wario's stats and club sets, all character animations, as well as Wario's Special Shot and Special Dash abilities!

How to Use Wario 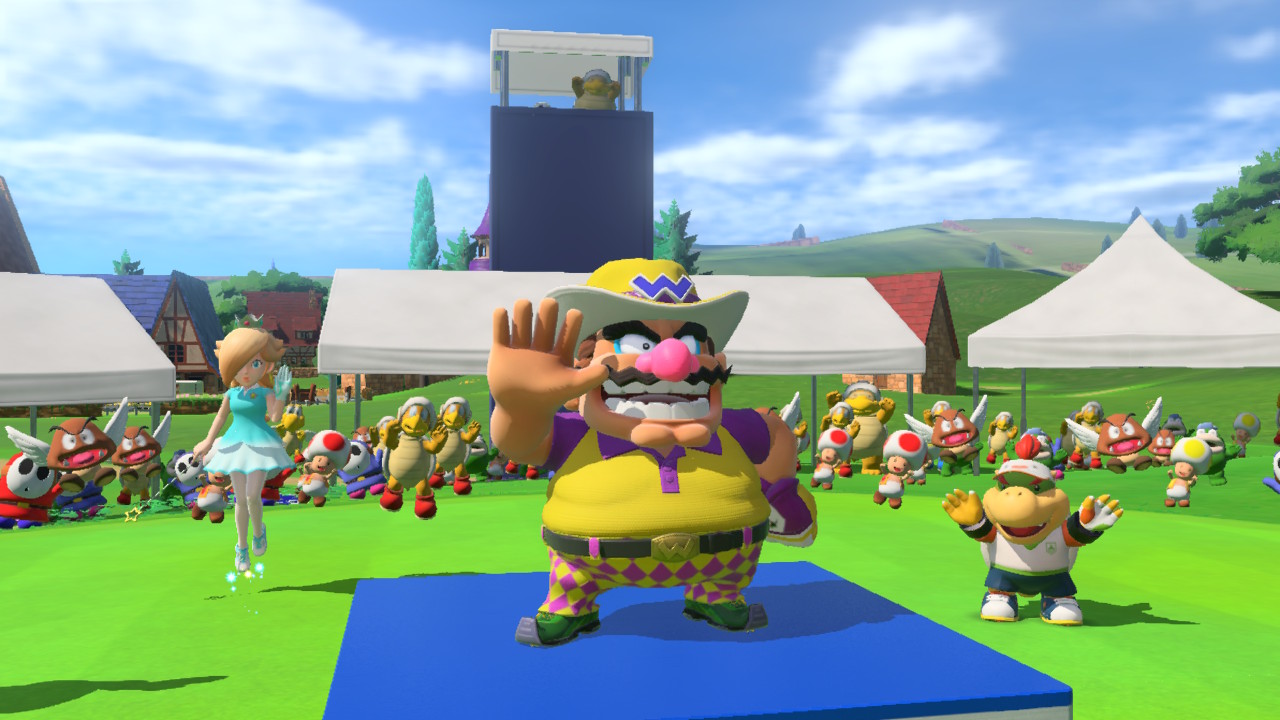 Wario's drive borders on specializing in the Power stat (having just 1 yd below Chargin' Chuck). Wario also has high Stamina, which allows him to Special Dash up to two times consecutively with stamina still to spare. Wario's drawback is that he has most of the exact same stats as Bowser, who has a significantly higher Power stat. 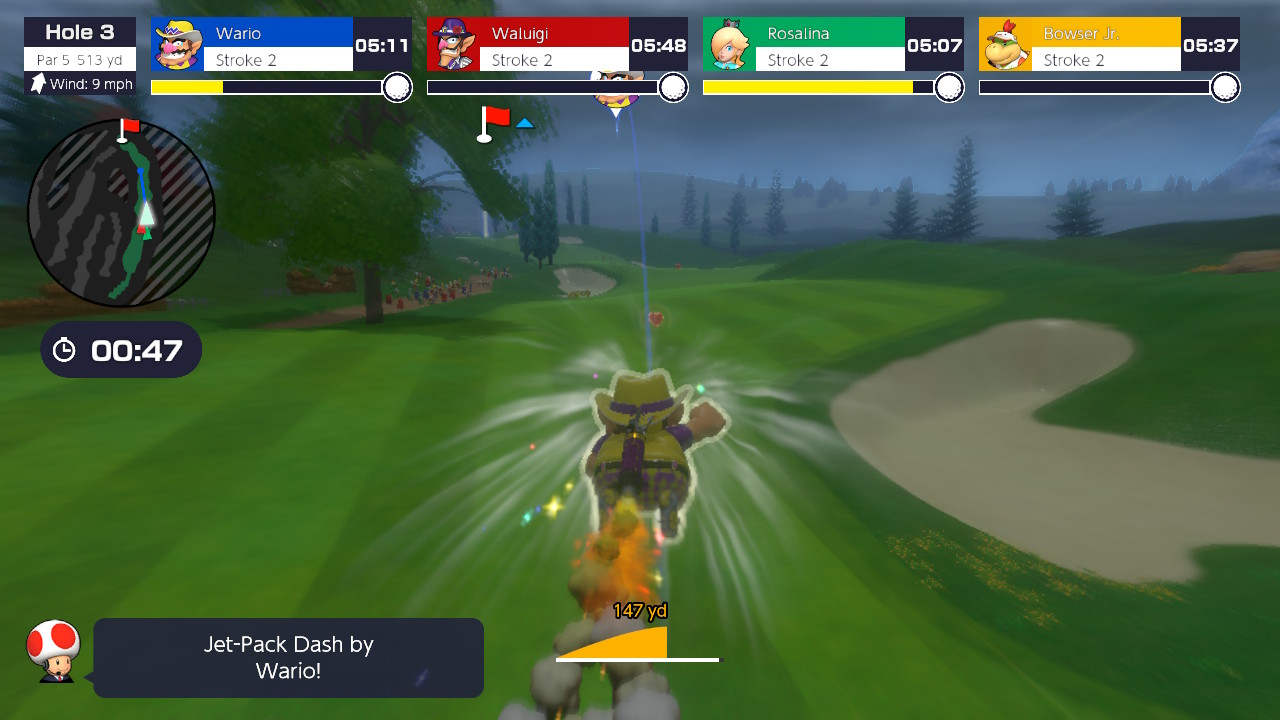 Wario's Special Dash launches him high into the air and he spends the entire dash in the air, until he lands down for a tumble. The only hitboxes here would be the landing and the subsequent tumble, which are difficult to land on players in front of you. You also can't use it to dash into your ball. Its primary use would be as a general speed boost and as a way to pass over hazards (such as water or ice). 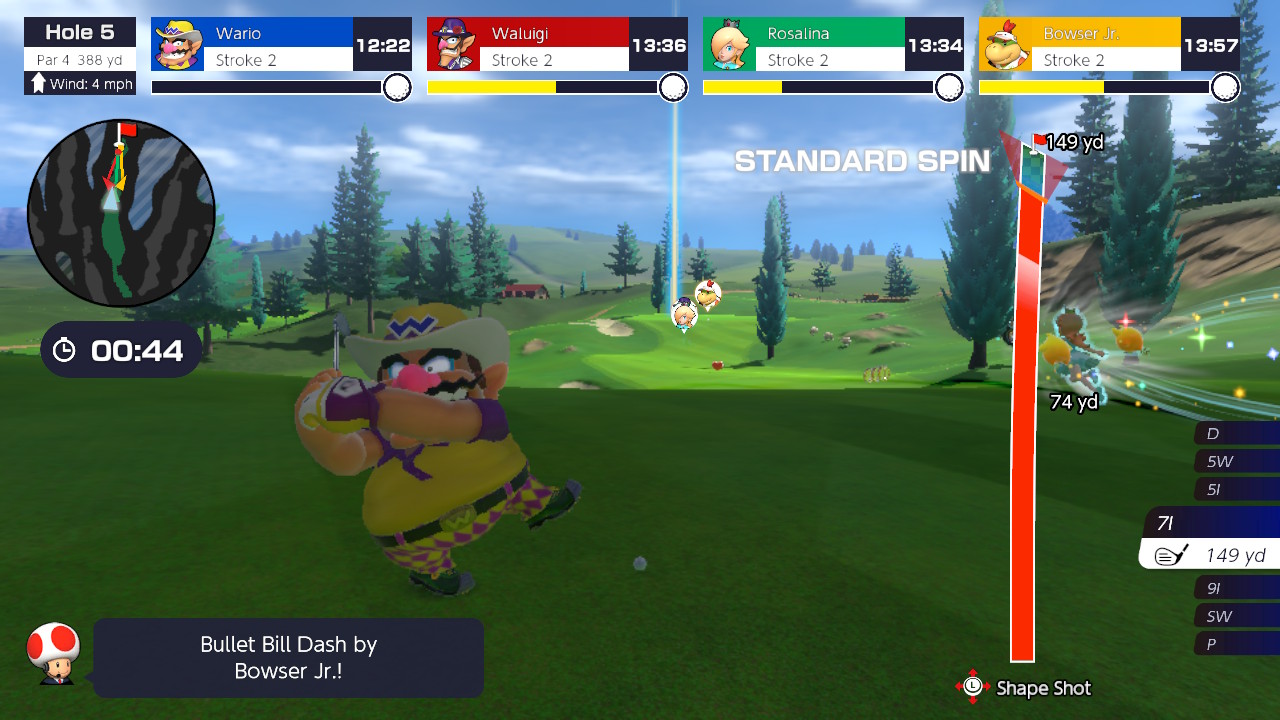 Players are not likely to hit incredibly hard while putting on the green nor all that much in the Battle Golf stadium, so the Special Shot is a bit limited in usage.

All Wario Scores and Celebrations 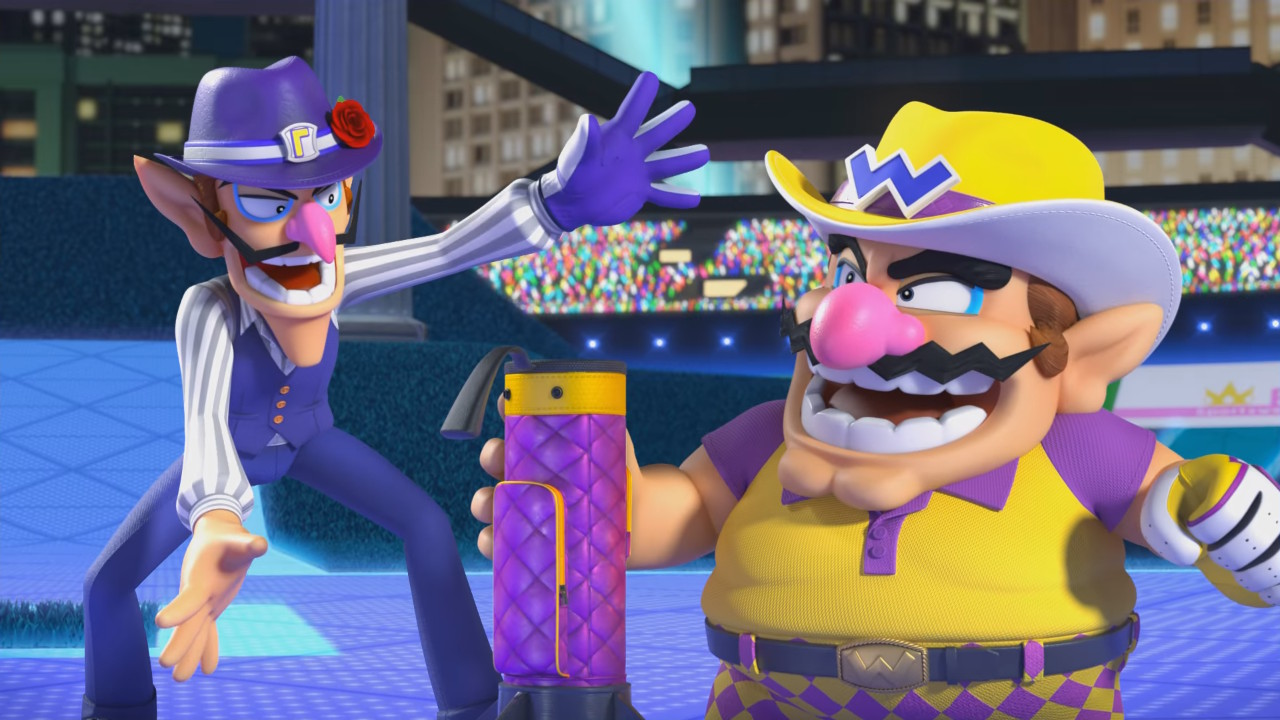 In Mario Golf: Super Rush, Wario's outfit keeps the yellow and purple color scheme but ditches the overalls for a pair of checkered pants that just commands the screen. Wario looks like a country club owner with his hat, which still has the staple W on it.

In order for us to make the best articles possible, share your corrections, opinions, and thoughts about 「How to Use Wario: Character Stats and Abilities | Mario Golf: Super Rush (Switch)」 with us!