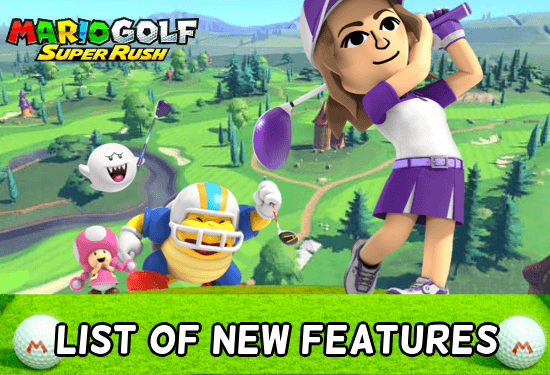 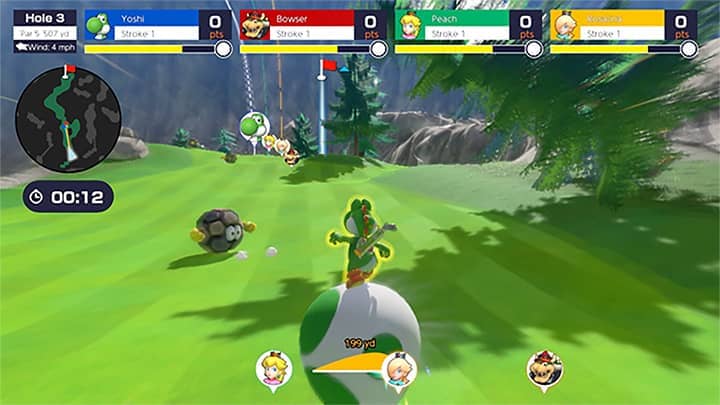 Speed Golf is a core game mode of Mario Golf, and it has been updated for Super Rush. The player's goal is still to finish holes as quickly as possible, but for Super Rush, quickly traversing the course and running to where your ball landed is part of the challenge. The player has to outrun opponents in between shots in order to finish first. To aid in this, the player can use dashes or special shots to sabotage opponents on the move. 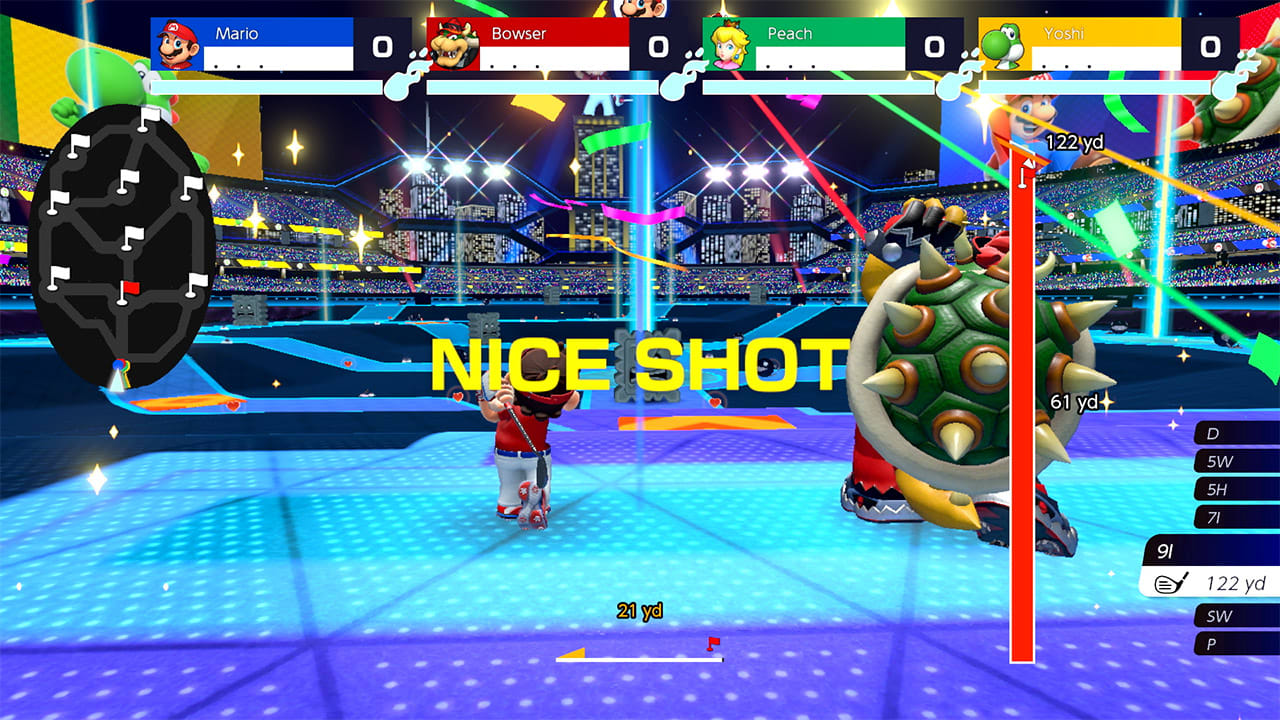 In Battle Golf, players will also have to sink holes as fast as possible, as holes close up when a player completes it. The goal is to be the first to reach 3 flags among the competitors within an arena filled with obstacles such as Chain Chomps, Thwomps, and Bob-ombs.

Mario Golf: Super Rush has an original story mode, where the player creates their own Mii and has them embark on a Golf Adventure. The adventure features new courses, Boss Battles, and an EXP system used to level up stats such as Stamina, Speed, and Control. 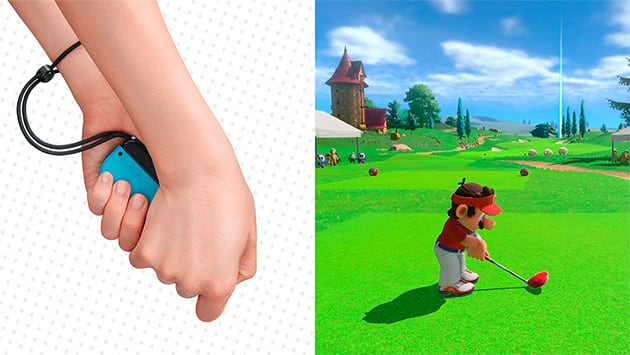 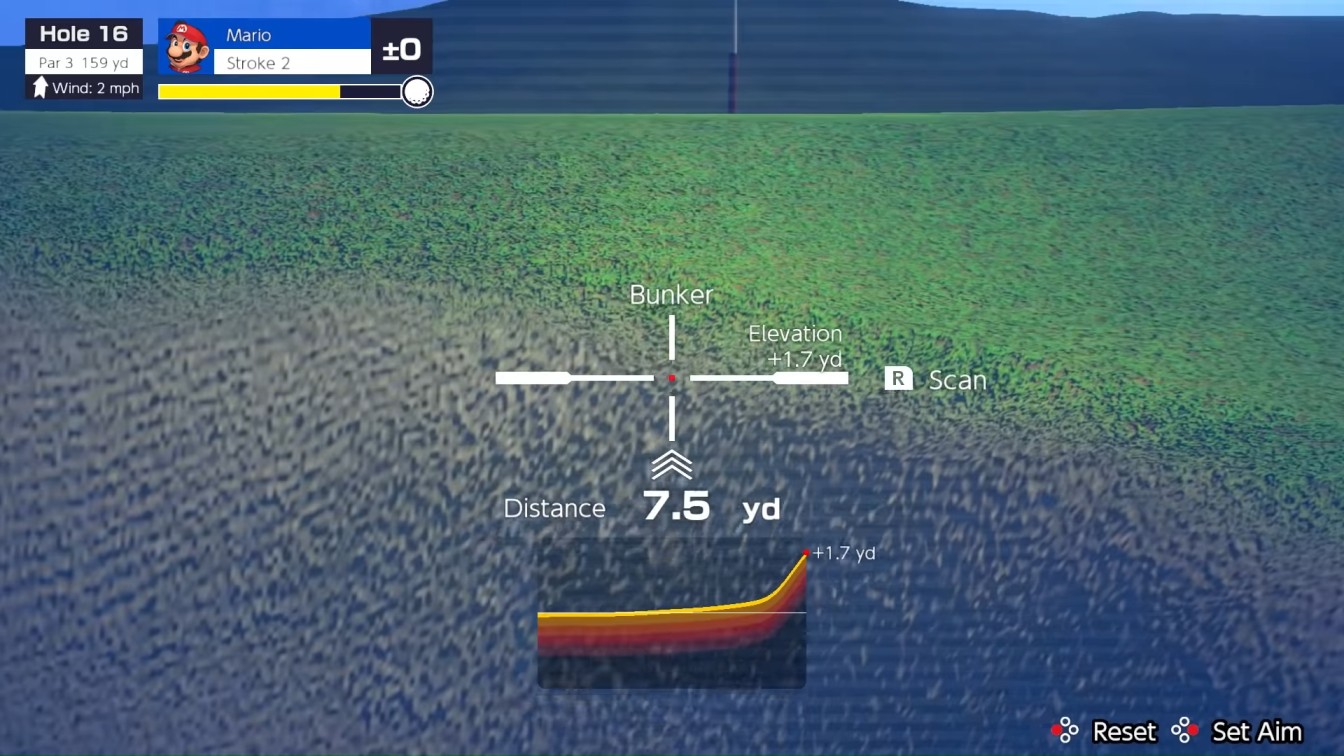 In order for us to make the best articles possible, share your corrections, opinions, and thoughts about 「List of New Game Modes & Features: What's New in Super Rush? | Mario Golf: Super Rush (Switch)」 with us!