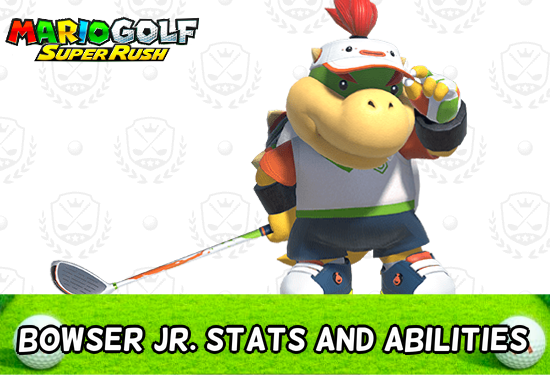 This guide is on how to use Bowser Jr., a character in Mario Golf: Super Rush for the Nintendo Switch. Read on to learn about Bowser Jr.'s stats and club sets, all character animations, as well as Bowser Jr.'s Special Shot and Special Dash abilities!

How to Use Bowser Jr.

Watch Out for Stamina Stat

Bowser Jr. is quite decent in terms of drive, speed, and accuracy. The stats aren't too impressive, but they should suffice in all modes. You would need to watch out for Bowser Jr.'s low Stamina stat in Speed Golf and Battle Golf though, as his stamina depletes fairly quickly, which diminishes use of the Special Dash.

Spin Specialty Not For Beginners 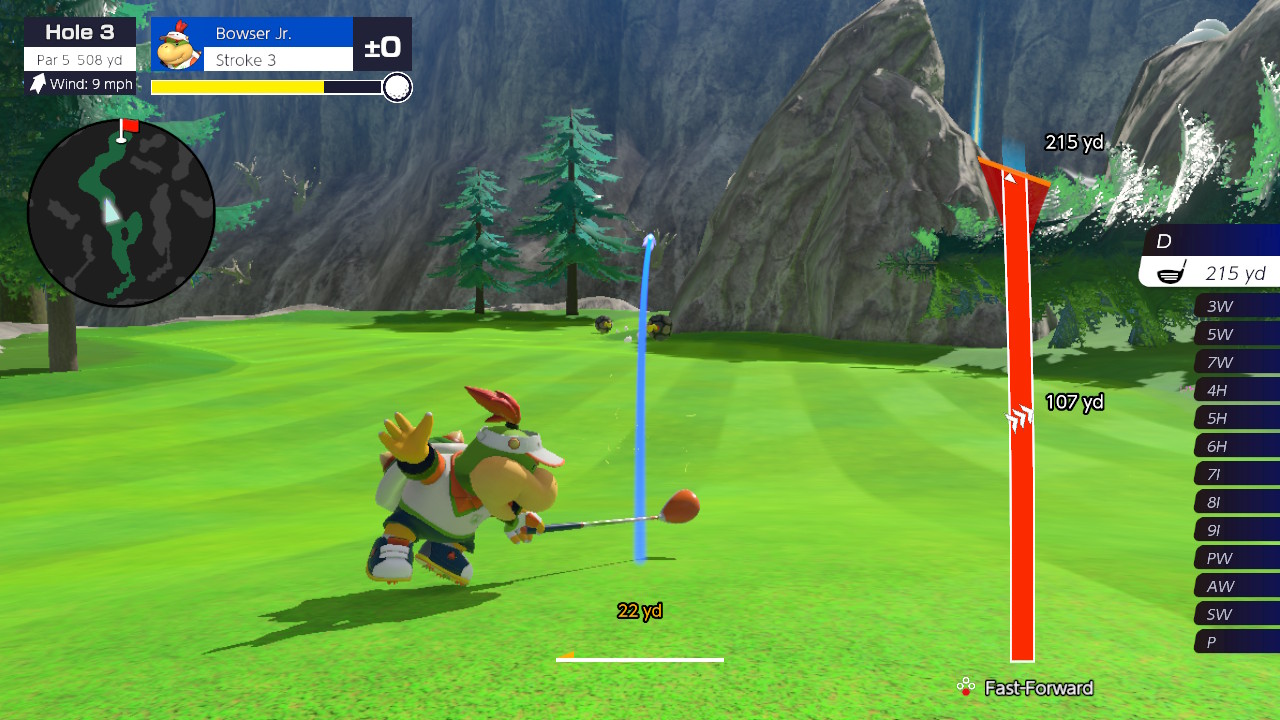 Bowser Jr. has a high Spin stat (that goes up to 9 with the Super Star Club Set) which is more effectively utilized in Standard Golf - Stroke Play, where you have more time to work on curve shots.

However, high Spin generally demands that a player be experienced in curve shots in order for it to be effectively utilized. It's also not recommended to use motion controls while using Bowser Jr., as motion controls diminish the accuracy of adding spin. 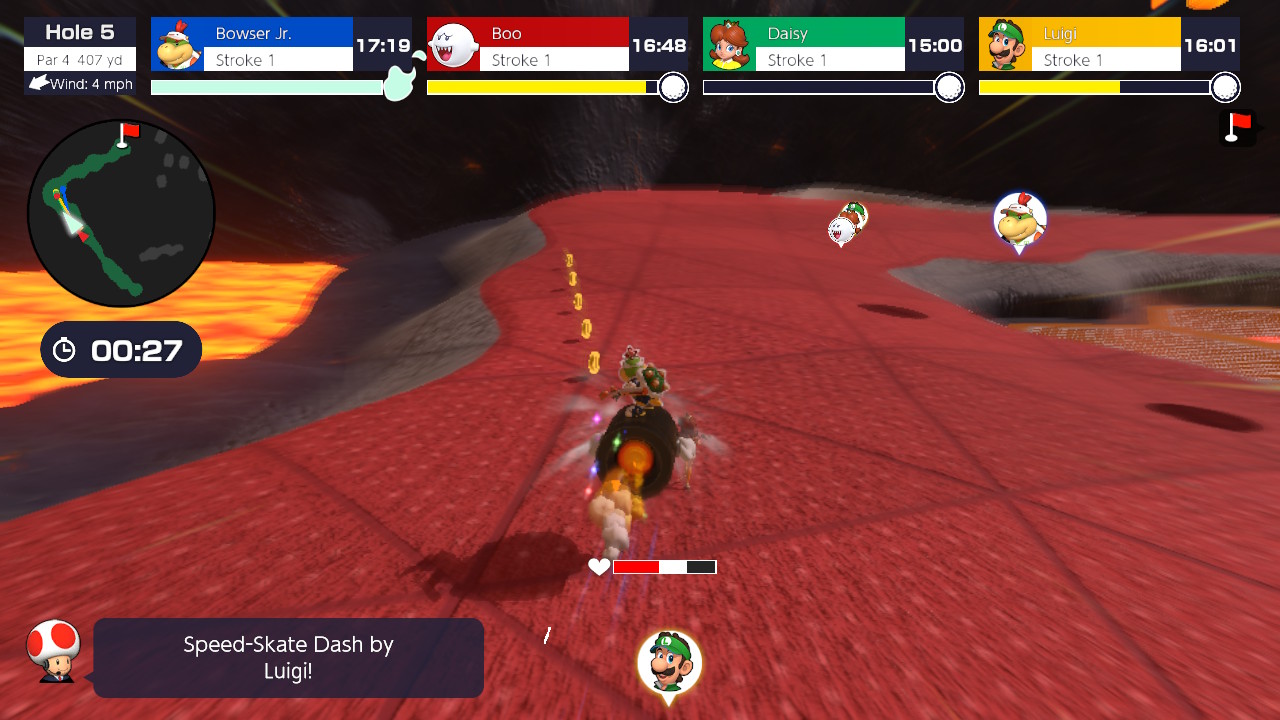 Bowser Jr.'s Special Dash is easy to aim, as you merely run over other players with Bullet Bill. Given that Bullet Bill floats above ground, you can also use the Special Dash to shoot over short bodies of water.

Use Special Shot to Conceal Important Areas from HUD 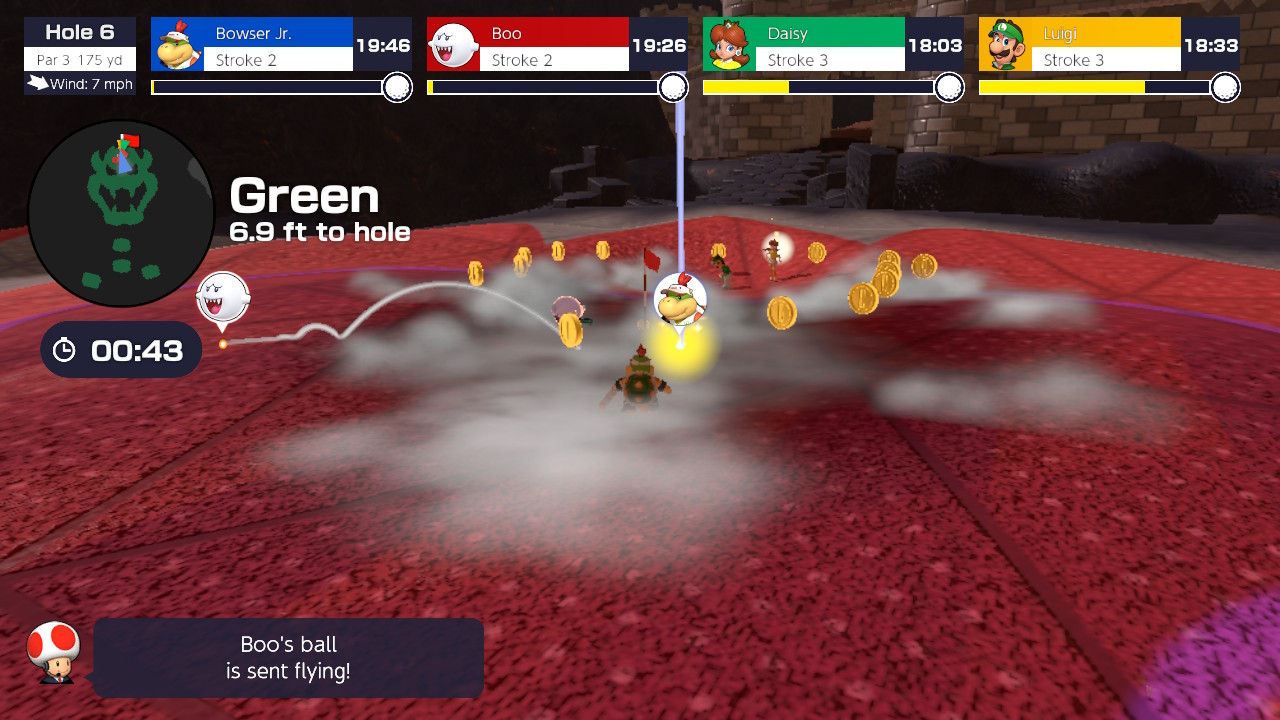 Bowser Jr.'s Special Shot may seem underwhelming at first, as the ball merely creates a smokescreen upon impact. However, it can be used to conceal important areas from unwitting opponents.

Particularly, during Speed Golf and Battle Golf, you can use the smokescreen to hide a player's ball from them, since many players are likely to depend on the HUD (heads-up display) to identify where their ball has landed. They'll be caught off-guard when their ball icon suddenly disappears from the screen.

Alternatively, you can create a smokescreen in the area near the hole in order to increase the difficulty of putting for opponents.

All Bowser Jr. Scores and Celebrations 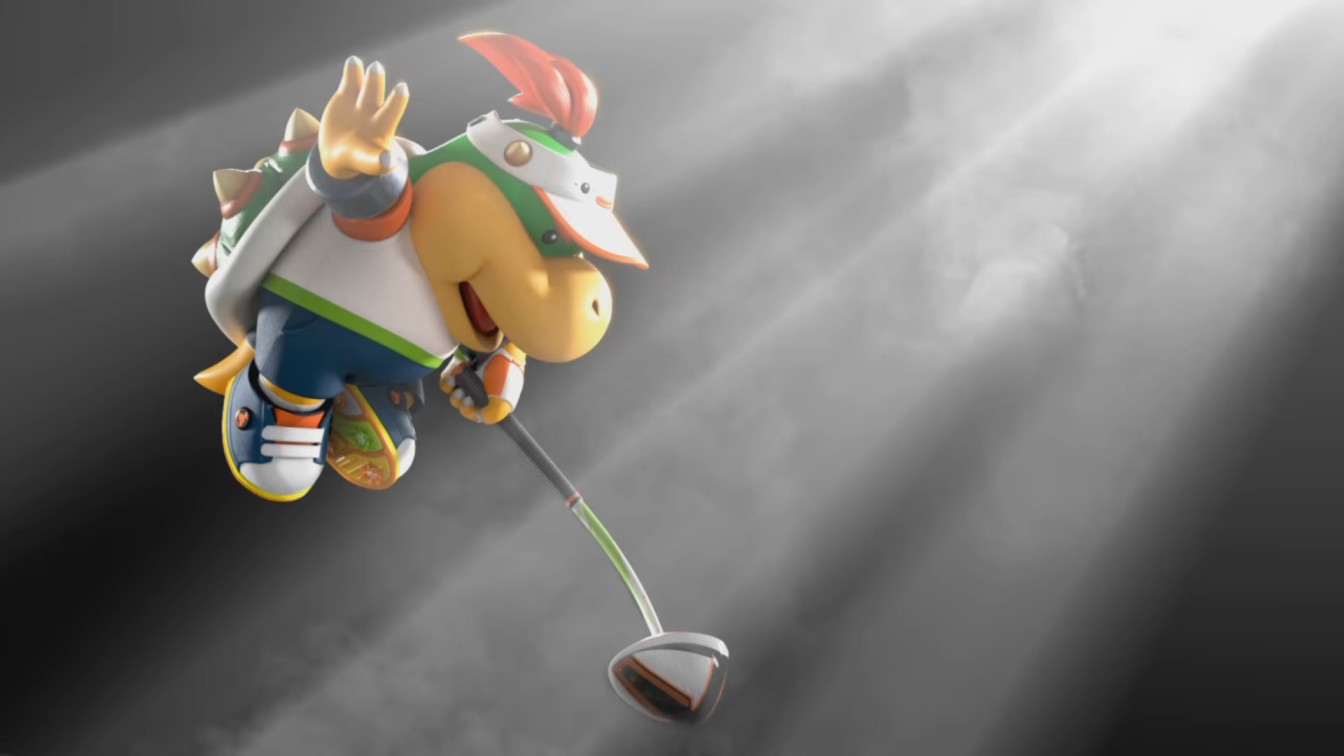 In Mario Golf: Super Rush Bowser Jr. sports a golf visor and a newly designed outfit never before seen in Mario games. He also reps his dad's kingdom, as Bowser's emblem is engraved on his shoes.

In order for us to make the best articles possible, share your corrections, opinions, and thoughts about 「How to Use Bowser Jr.: Character Stats and Abilities | Mario Golf: Super Rush (Switch)」 with us!