How to Use Mario: Character Stats and Abilities | Mario Golf: Super Rush (Switch) 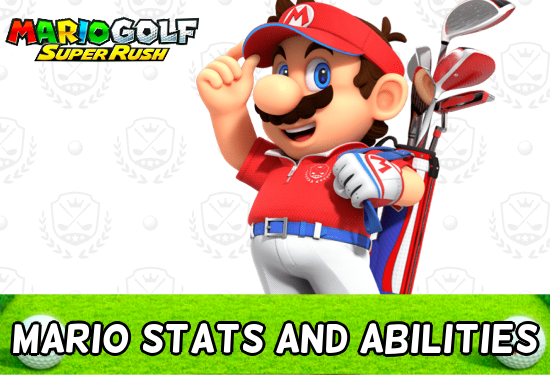 This guide is on how to use Mario, a character in Mario Golf: Super Rush for the Nintendo Switch. Read on to learn about Mario's stats and club sets, all character animations, as well as Mario's Special Shot and Special Dash abilities!

How to Use Mario 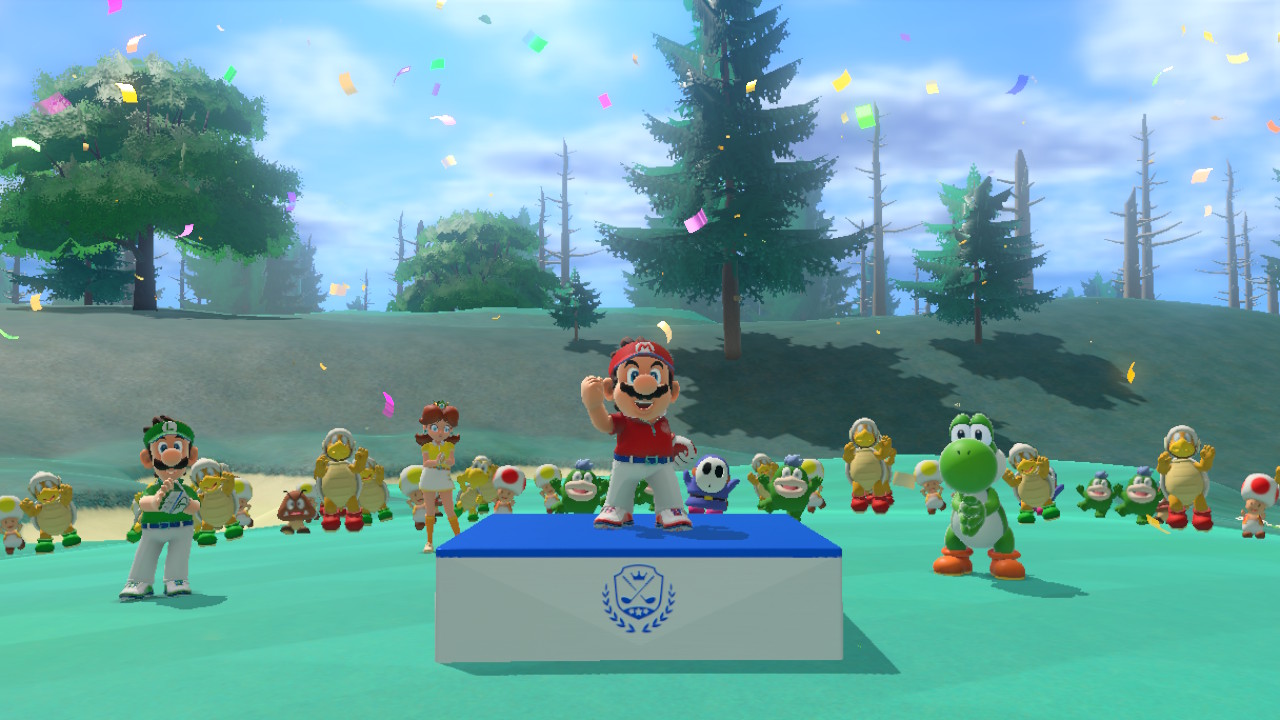 With a Speed of 9, Mario is one of the fastest golfers in the game. This, along with his relatively high Power stat, makes him particularly formidable at Speed Golf. 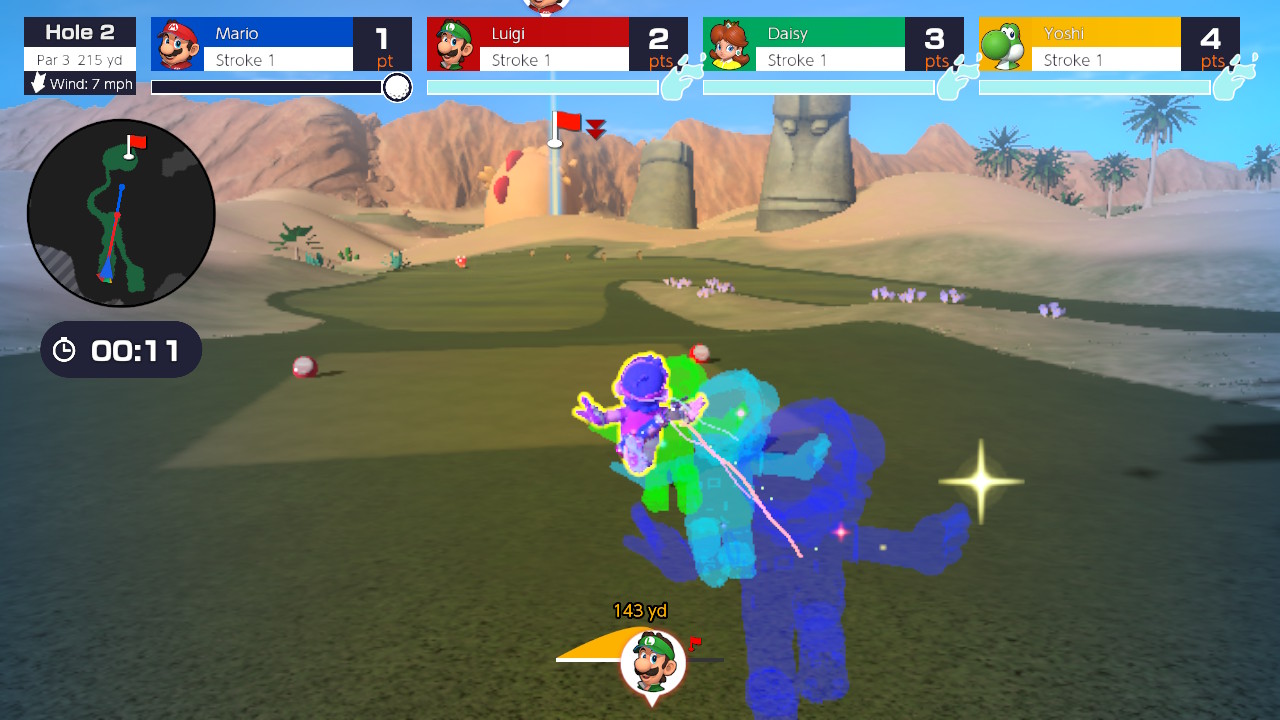 Mario's Special Shot has many uses, as it blasts away balls on impact, as well as gives Mario a lengthy speed boost and Super Star invincibility that knocks off other players that Mario simply touches.

This is Mario's premier mechanic that can be utilized in both Speed Golf and Battle Golf. Particularly, Mario should use this when he tees off later than his opponents in Speed Golf (if the time advantage setting is enabled).

Tricky to Use Special Dash 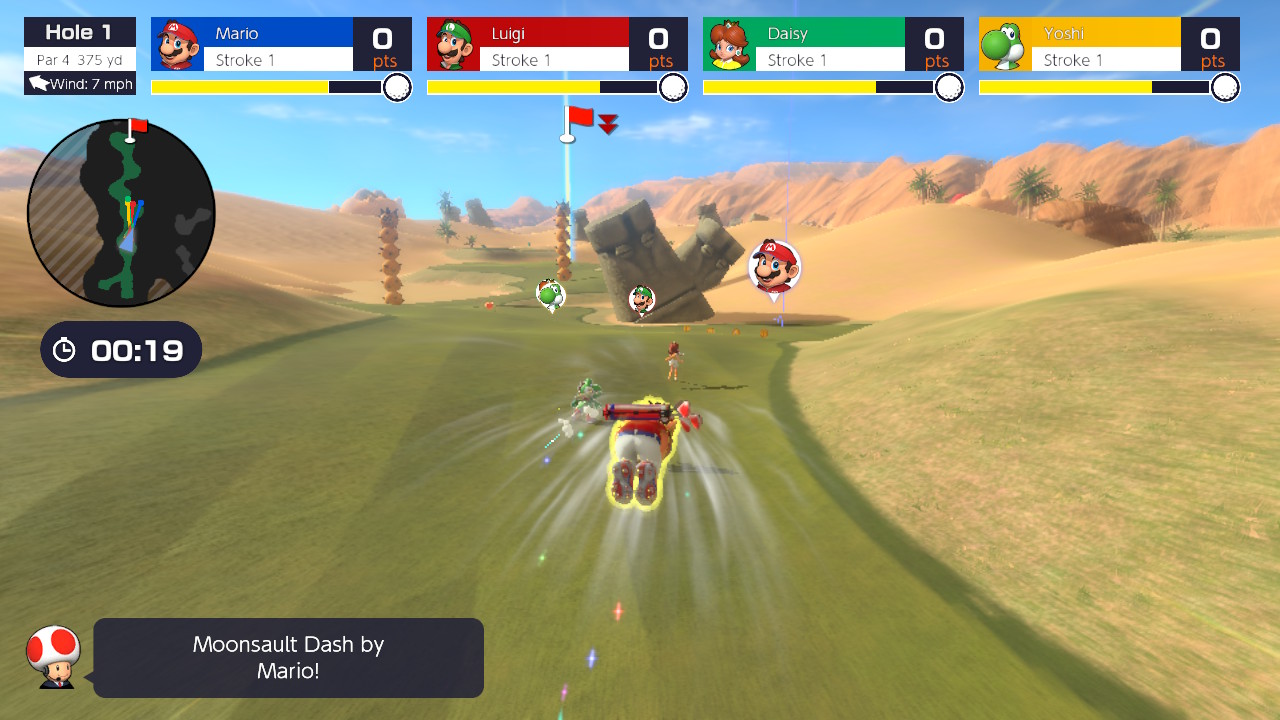 On the other hand, Mario's Special Dash is a bit tricky to use. You have to get the precise timing right in order to knock other players off. The opponent has to be a bit further away for Mario to slide into them and knock them off. If directly in front of Mario, he might just jump over them.

All Mario Scores and Celebrations

In order for us to make the best articles possible, share your corrections, opinions, and thoughts about 「How to Use Mario: Character Stats and Abilities | Mario Golf: Super Rush (Switch)」 with us!