How to Use Luigi: Character Stats and Abilities | Mario Golf: Super Rush (Switch) 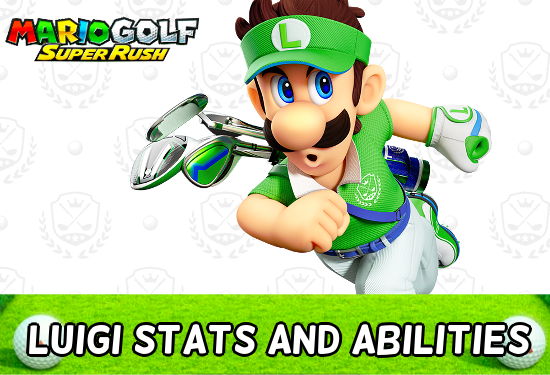 This guide is on how to use Luigi, a character in Mario Golf: Super Rush for the Nintendo Switch. Read on to learn about Luigi's stats and club sets, all character animations, as well as Luigi's Special Shot and Special Dash abilities!

How to Use Luigi 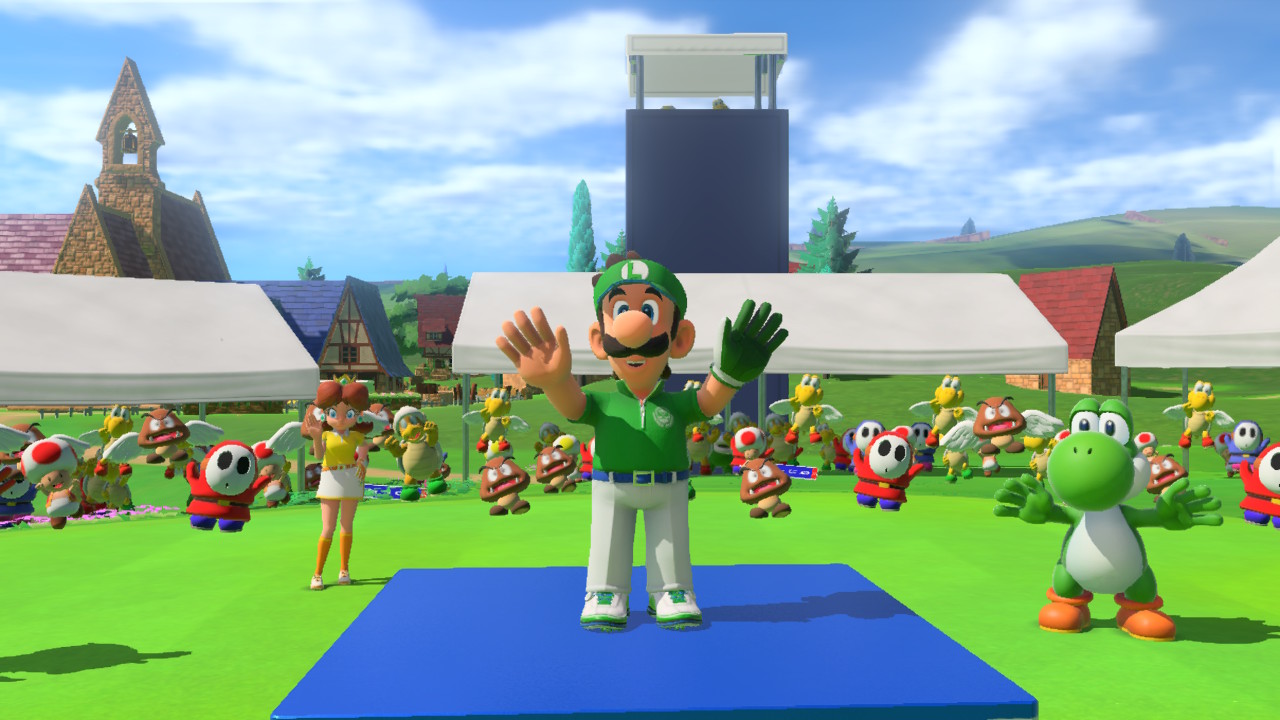 Like Mario, Luigi has a Speed of 9, making him one of the fastest characters in the game. However, he has a below average Power stat, which is something to keep in mind when going for less strokes in modes such as Speed Golf. 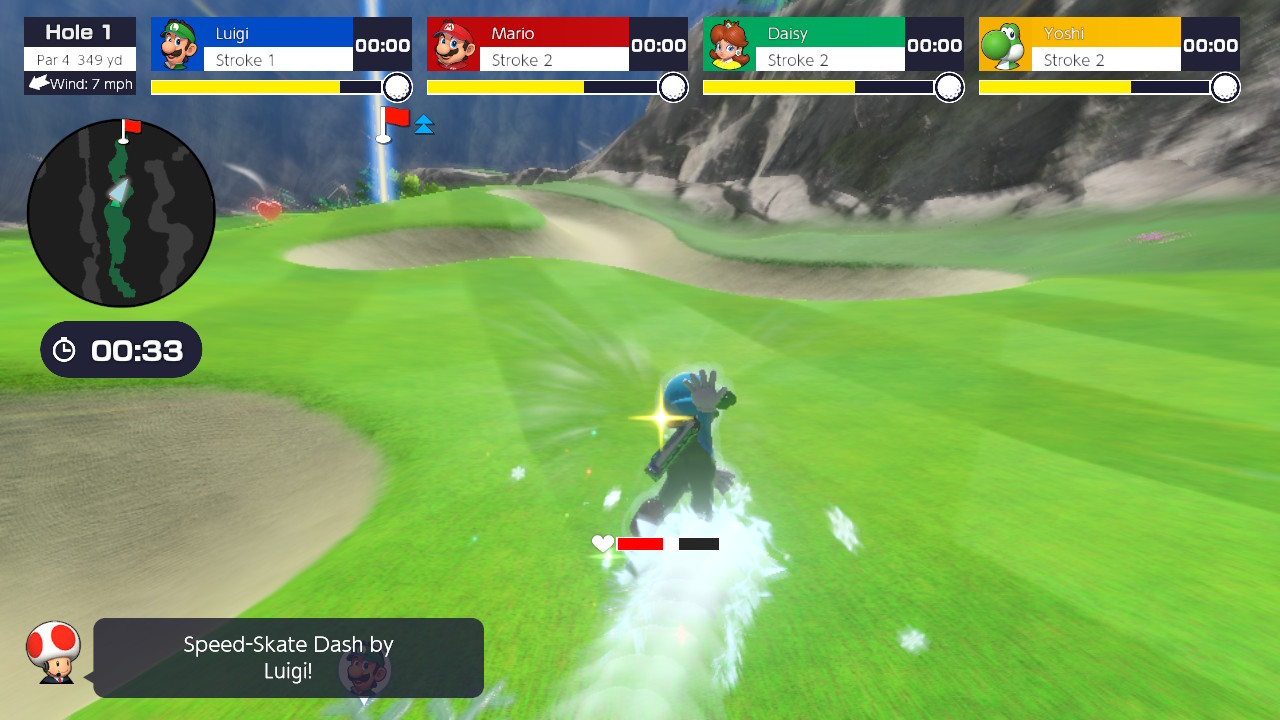 Luigi's Special Dash is quite ineffective, since its area of effect is limited to directly behind Luigi. Opponents aren't knocked down by its effect. Activating it when the opponent appears directly behind Luigi will cause them to lose momentum and have difficulty running.

However, usually by the time the opponent appears behind Luigi on your screen, they immediately veer off the area of effect. It’s rare that a CPU opponent would be running in a straight line right behind you, what more with a real player who could just avoid the icy area.

Target Special Shot Near the Hole 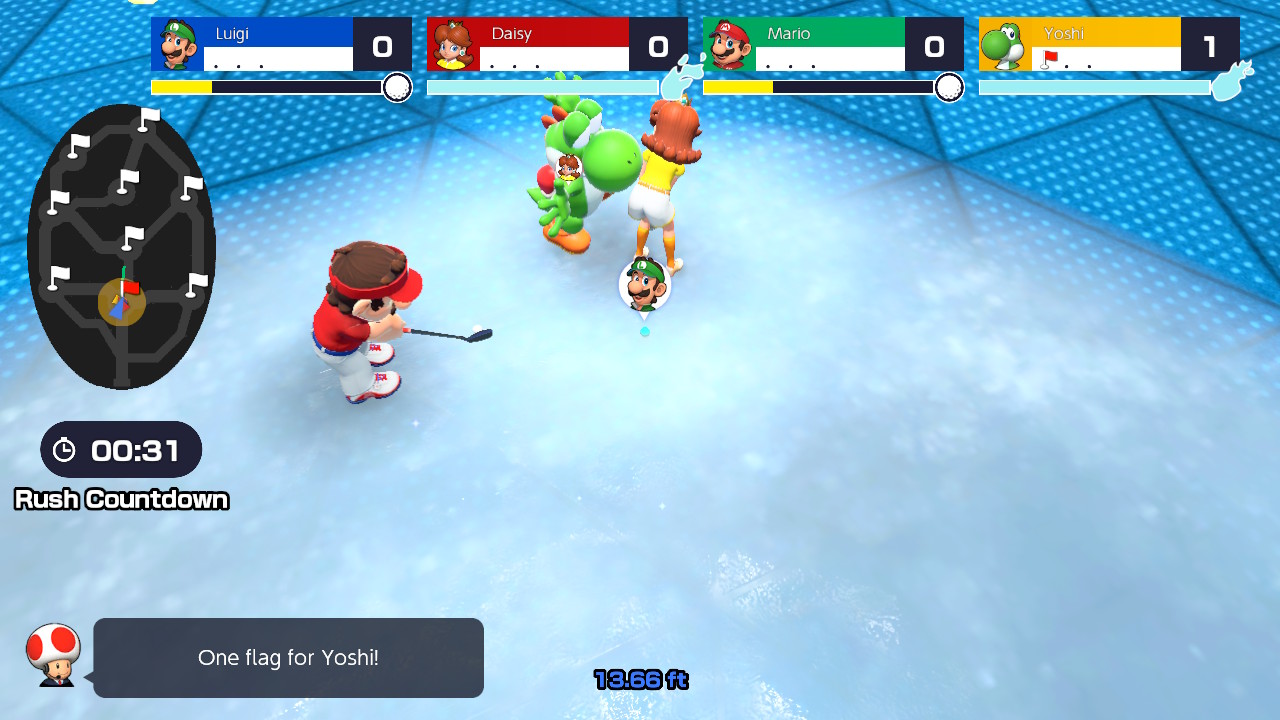 Luigi's Special Shot simply turns the terrain to frozen ice on impact, which makes the ground hard and slippery. The way to make use of this is by targeting the green or areas near the hole (even in Battle Golf) with the Special Shot. This makes makes putting slightly more difficult for opponents, as roll distance is increased.

Opponents will also have a tough time getting their ball to land on icy terrain, as bounce on frozen ice is also increased. It would be advantageous for Luigi if the ground near the hole is frozen just before opponents try to land their balls there.

All Luigi Scores and Celebrations

In order for us to make the best articles possible, share your corrections, opinions, and thoughts about 「How to Use Luigi: Character Stats and Abilities | Mario Golf: Super Rush (Switch)」 with us!