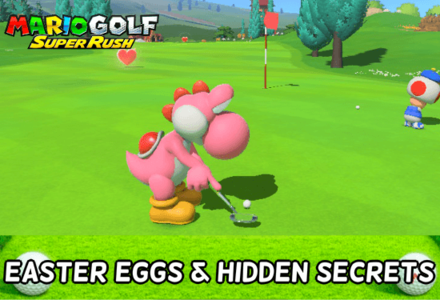 This is a list of all easter eggs, hidden secrets, and references to other Mario games in Mario Golf: Super Rush for the Nintendo Switch. Read on to uncover all hidden secrets and things you might've missed in the game's Golf Adventure and other standard golf courses. 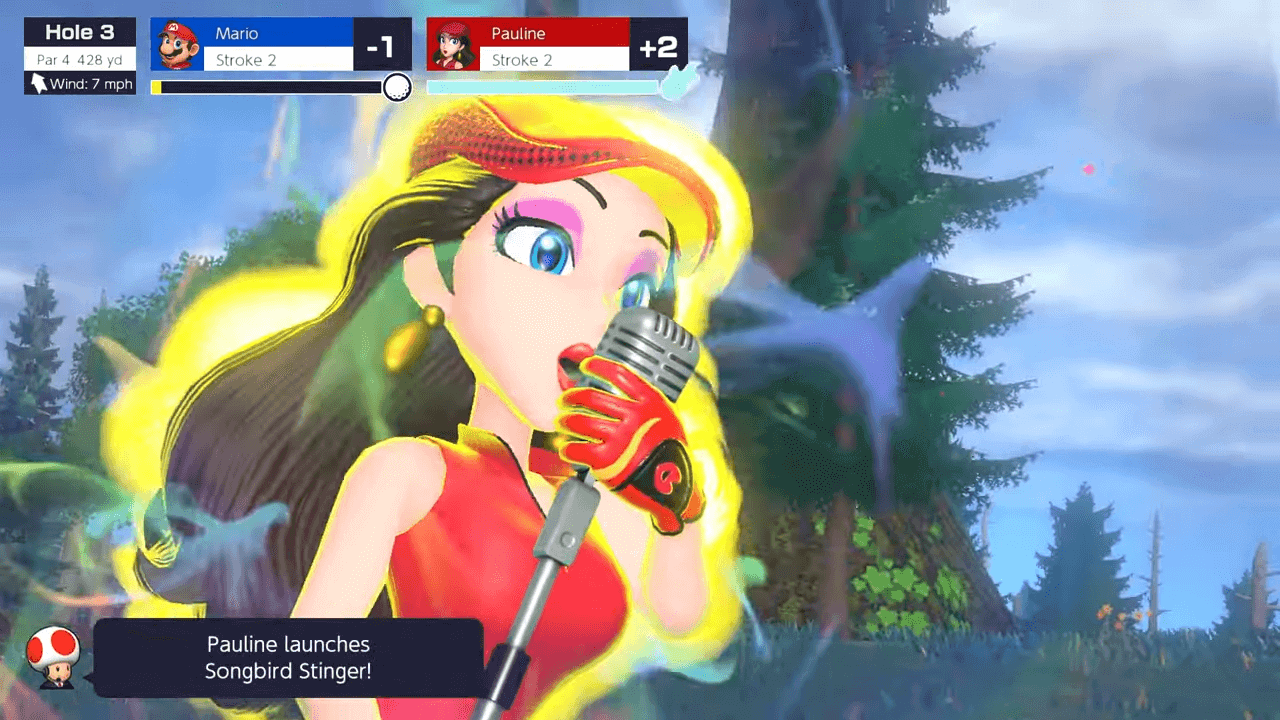 During Pauline's Special Shot animation, she sings the chorus of Jump Up, Super Star! right before striking the ball. This song is closely associated with the character and her appearance in Super Mario Odyssey. Pauline also sings it before she does her Special Shot in Mario Tennis Aces. 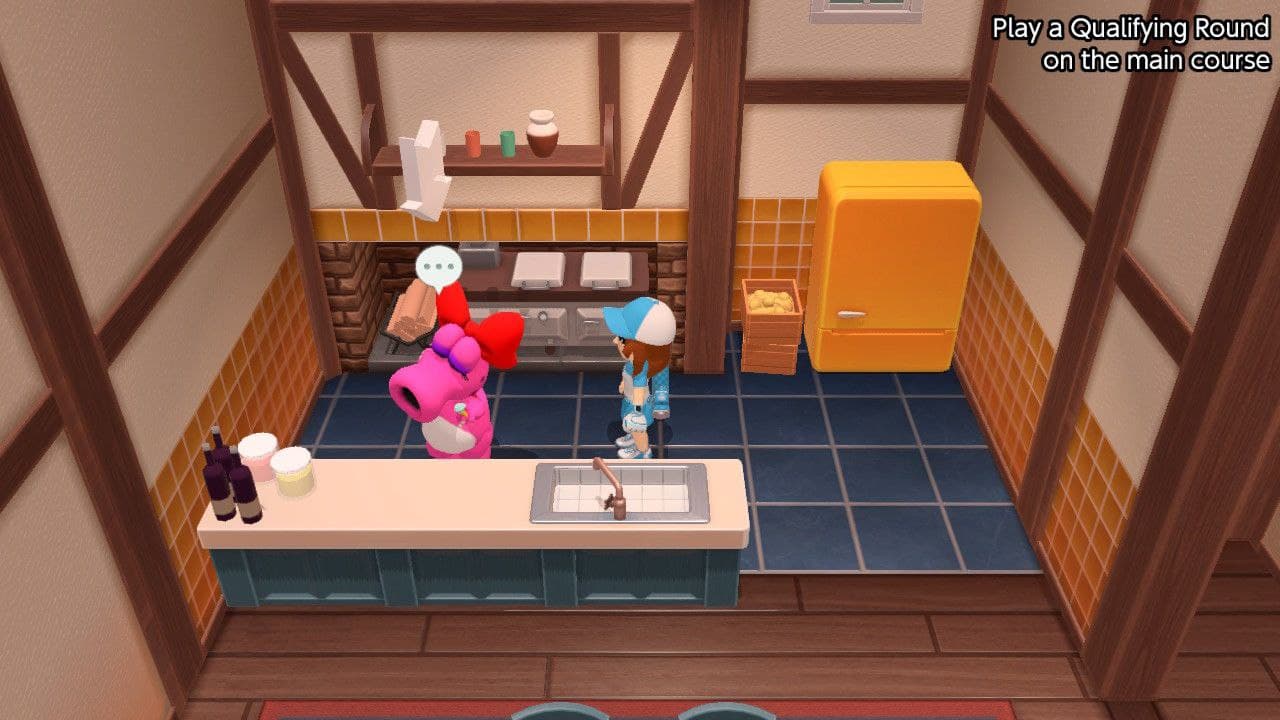 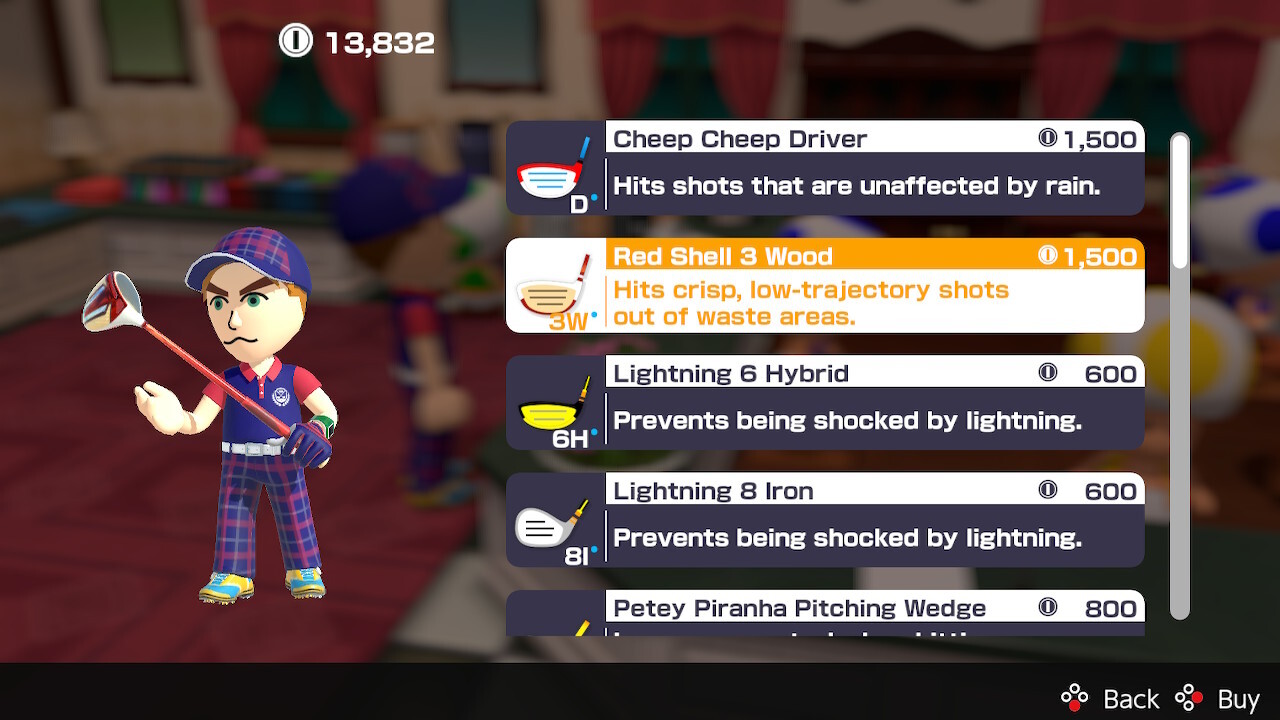 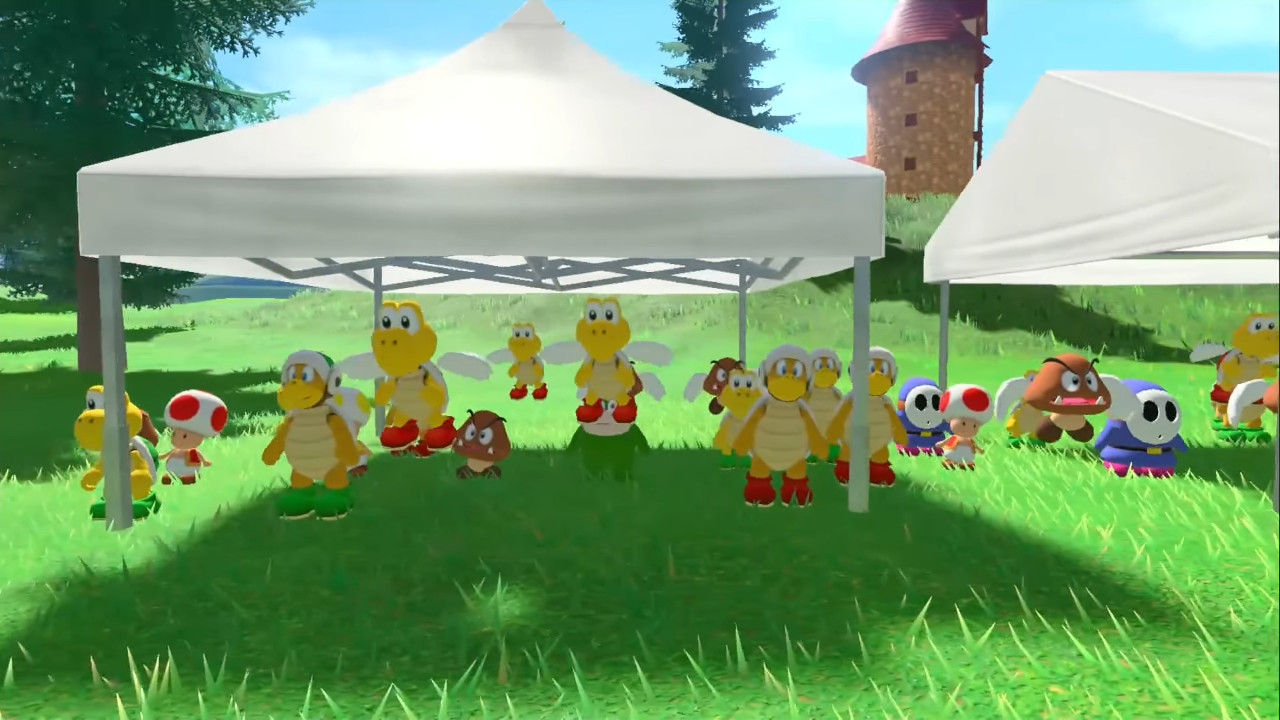 Similar to some golf clubs being named after Mario characters, even more Mario characters are named as competitors in the Bonny Greens Tournament near the beginning of Golf Adventure. While you only compete against your rivals and a Pink Yoshi, these characters are listed on the scoreboard as you progress through the holes.

NPCs who are participating

Below is a list of the NPCs who are listed as competitors during the Bonny Greens tournament in Mario Golf:

Characters who don't physically appear but are named 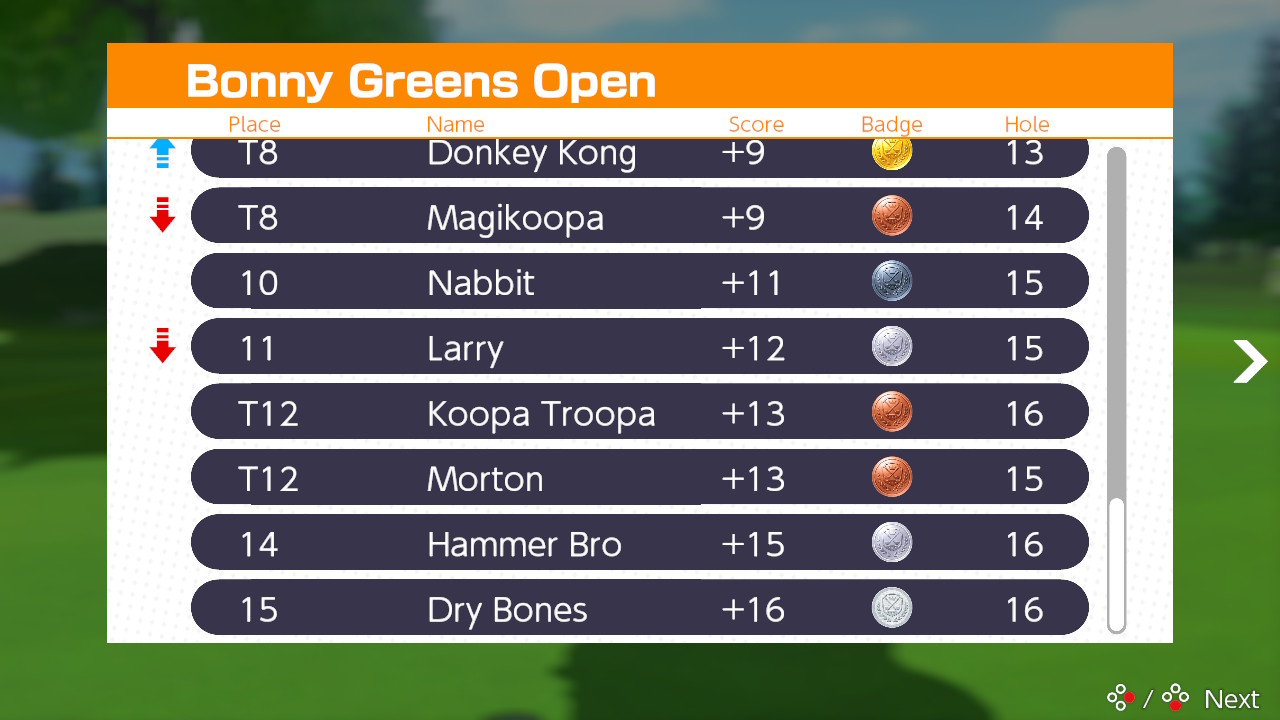 Below is a list of hidden characters who make a named cameo during the Bonny Greens tournament in Mario Golf:

Can you Play as the Hidden Characters? 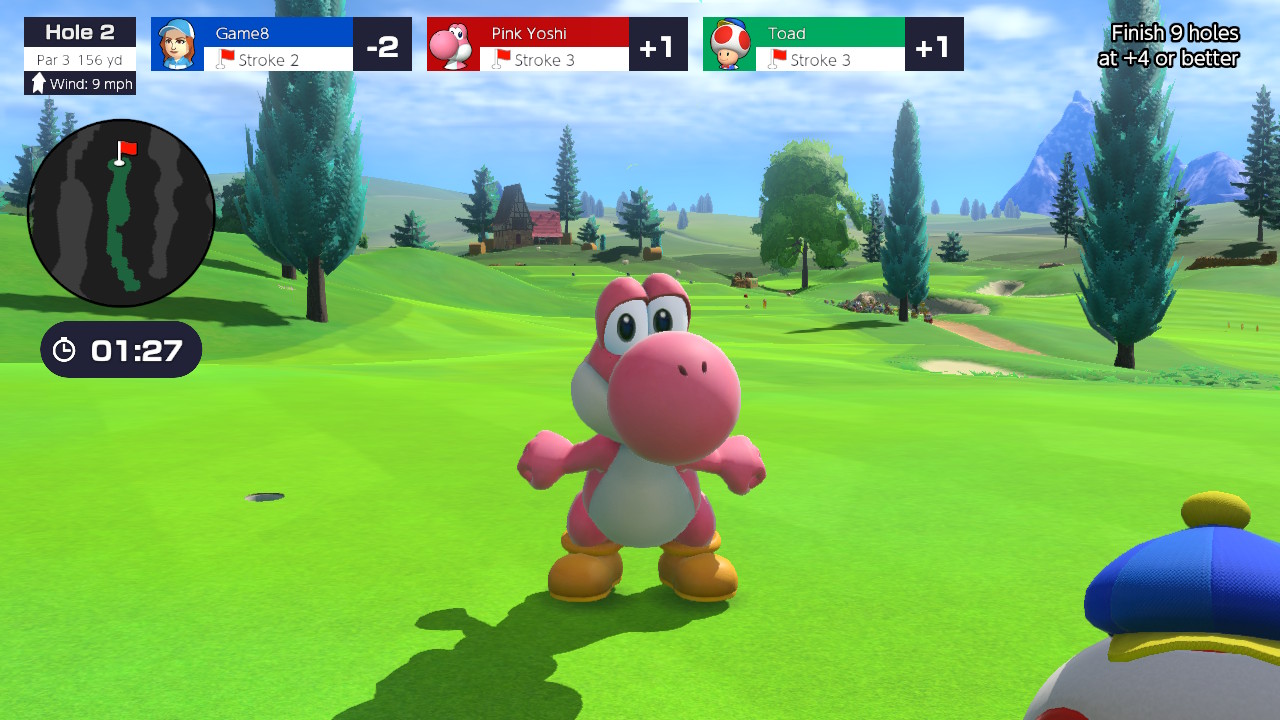 A Pink Yoshi and Toadette can be seen playing golf in some modes in Super Rush.

Unfortunately, Pink Yoshi and Toadette are not currently playable or unlockable in Mario Golf: Super Rush. Early on in the Golf Adventure mode, you go up against rival golfer Toadette and a Pink Yoshi during the rookie training. So far this is the only instance of them being opponents during the game.

Given that there are already character models and animations for the two, it makes it more likely that they'll be added in as playable characters in future free updates.

Free Updates: Is There DLC?

Register as a member and get all the information you want. (It's free!)
Login
Opinions about an article or post go here.
Opinions about an article or post
We at Game8 thank you for your support.
In order for us to make the best articles possible, share your corrections, opinions, and thoughts about "Hidden Secrets & Easter Eggs" with us!
When reporting a problem, please be as specific as possible in providing details such as what conditions the problem occurred under and what kind of effects it had.