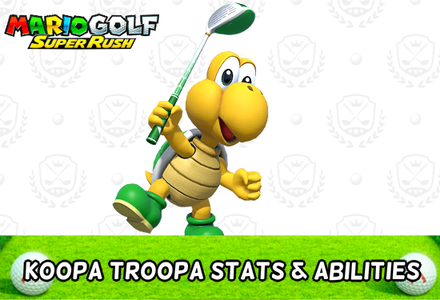 This is a guide on how to use the character Koopa Troopa in Mario Golf: Super Rush for the Nintendo Switch. Read on to learn about Koopa Troopa stats and club sets, all character animations, as well as Koopa Troopa's Special Shot and Special Dash abilities!

How to Use Koopa Troopa

Decent All Around Stats 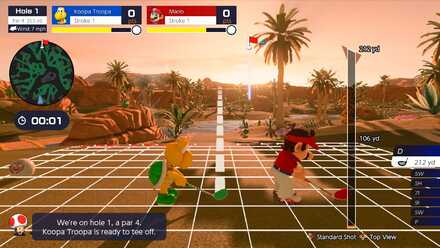 In terms of stats, Koopa Troopa is most similar to Waluigi as the two characters share the same values for most stats. Just like Waluigi, Koopa Troopa struggles to keep up against most players in Standard and Speed Golf, but his Special Shot can sometimes make up for his mediocre shots as it allows his ball to travel farther.

Travel Above Water with Special Dash 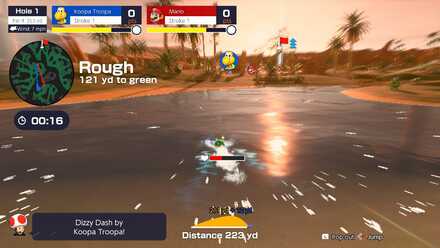 Koopa Troopa's Special Dash is overall underwhelming because it has a smaller hitbox and is slower than most Special Dash abilities. However, it does allow Koopa Troopa to temporarily travel over water, which can be useful when traversing through some courses.

All Koopa Troopa Scores and Celebrations

In order for us to make the best articles possible, share your corrections, opinions, and thoughts about 「How to Use Koopa Troopa: Character Stats and Abilities | Mario Golf: Super Rush (Switch)」 with us!