How to Use Ninji: Character Stats and Abilities | Mario Golf: Super Rush (Switch) 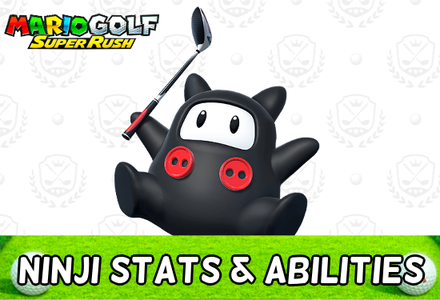 This is a guide on how to use the character Ninji in Mario Golf: Super Rush for the Nintendo Switch. Read on to learn about Ninji stats and club sets, all character animations, as well as Ninji's Special Shot and Special Dash abilities!

How to Use Ninji 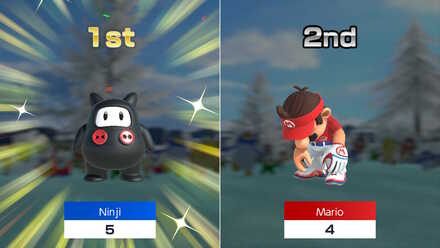 Ninji is tied with Yoshi with the highest speed stat in the game, making him an incredible character in speed golf. Along with his max speed, Ninji also has a useful Special Dash that allows him to travel over players and obstacles and a great Special Shot that lets his ball travel greater distances.

Glide Over Obstacles and Players with Special Dash 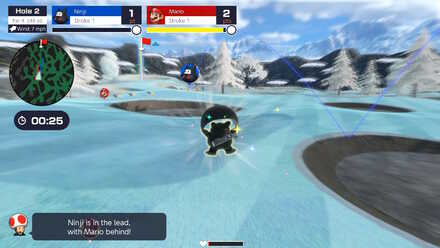 Ninji's Special Dash lets him glide over obstacles and other players, which is incredibly useful in speed golf. Though the ability does not grant any offensive potential, it does allow Ninji to easily traverse over water, lava, and quicksand. 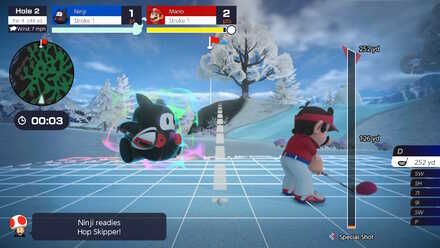 Though Ninji has a very low power stat, in the right circumstances, his Special Shot can make up for some of his low power shots by allowing his ball to travel further while knocking away other balls in its path.

All Ninji Scores and Celebrations

In order for us to make the best articles possible, share your corrections, opinions, and thoughts about 「How to Use Ninji: Character Stats and Abilities | Mario Golf: Super Rush (Switch)」 with us!