How to Use Rosalina: Character Stats and Abilities | Mario Golf: Super Rush (Switch) 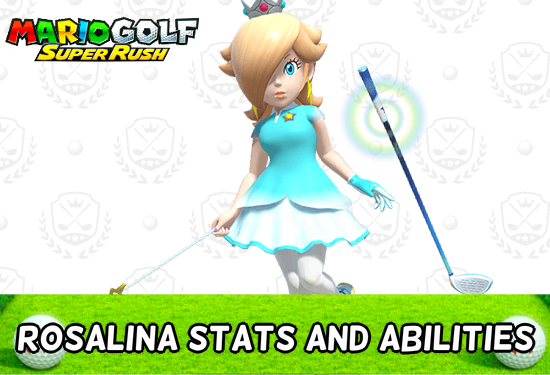 This guide is on how to use Rosalina, a character in Mario Golf: Super Rush for the Nintendo Switch. Read on to learn about Rosalina's stats and club sets, all character animations, as well as Rosalina's Special Shot and Special Dash abilities!

How to Use Rosalina 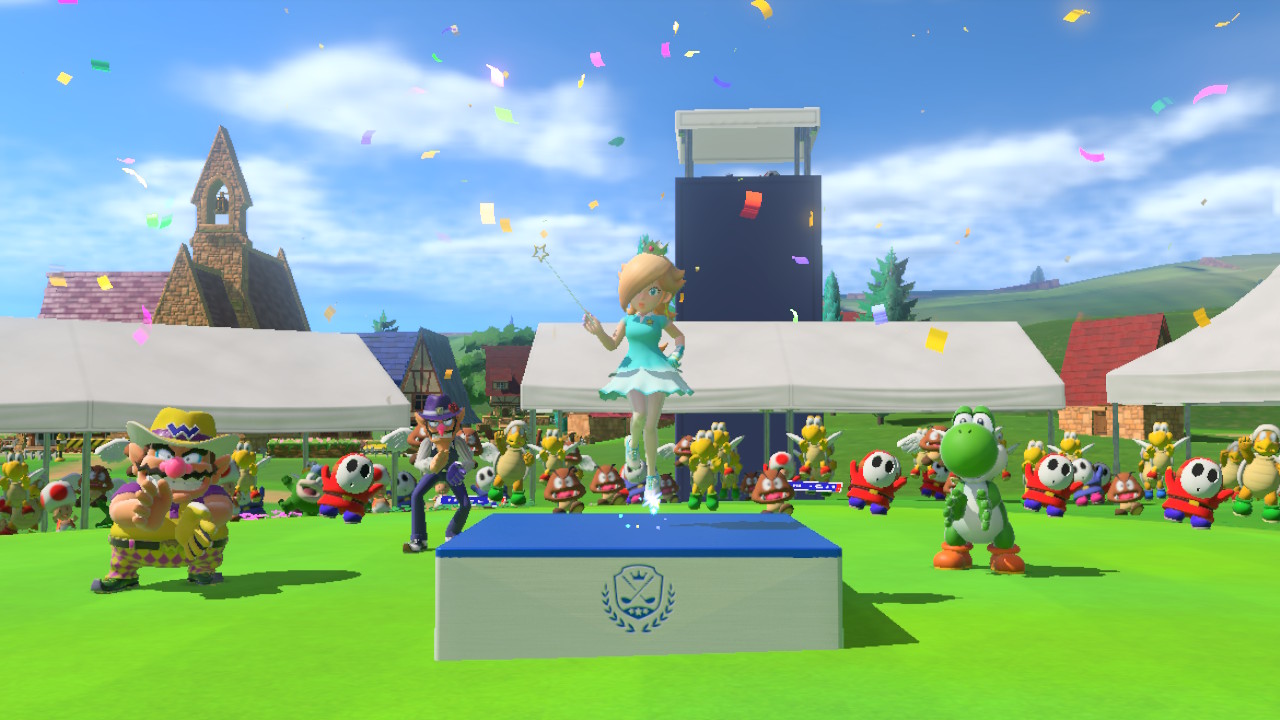 Rosalina is an all-around character, which makes her great for beginners who don't want to dive into a specialty yet. Her base 223 drive is the strongest of any non-Power specialty character, which allows her a lot of range in all game modes. Her Stamina and Speed are also a decent level. Control is her only below average stat, but she still is a very well-rounded player.

Since Rosalina doesn't run on the ground, she can just float over water, lava, and icy ground hazards. Floating over water and lava hazards consumes stamina though, even when Rosalina's not dashing, and she will fall in when the stamina bar depletes. The feature isn't foolproof, but it does prevent Rosalina from accidentally falling into water and lava.

Thanks to Rosalina's floating ability she has an advantage on certain courses, such as Bowser Highlands. Similarly, Rosalina is unaffected by the icy terrain that makes most characters have difficulty running. Luigi's Special Abilities are all about making the ground icy, so Rosalina has an edge over Luigi in Speed and Battle Golf.

How to Use Rosalina Abilities 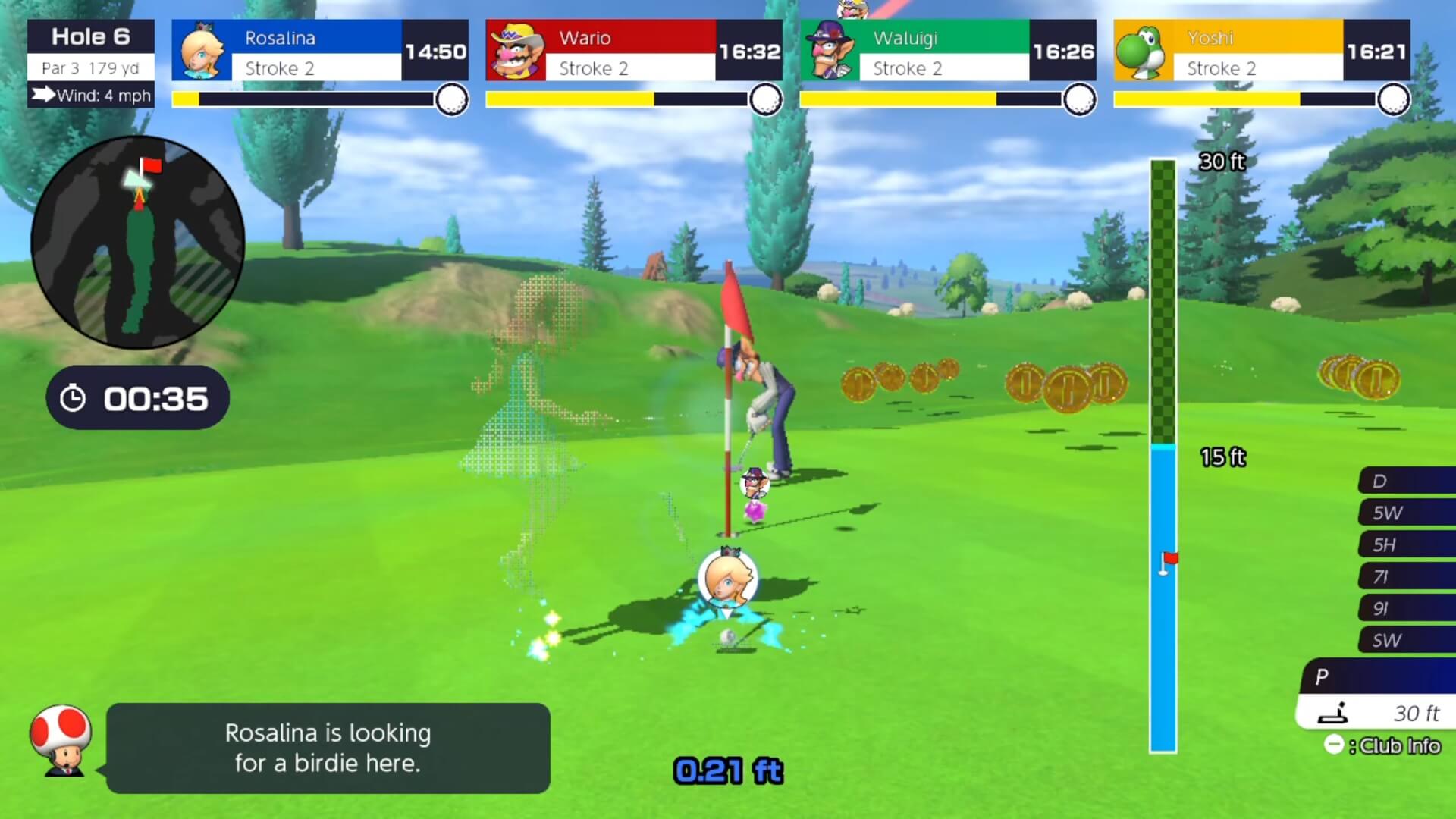 Upon impact, Rosalina's Special Shot turns opponents' balls into Star Bits, which adds a significant amount of curve to their ball roll. This is a great disruption tool for the green, as opponents are guaranteed to waste one stroke if they attempt to putt a Star Bit.

Special Dash is a bit tricky to time 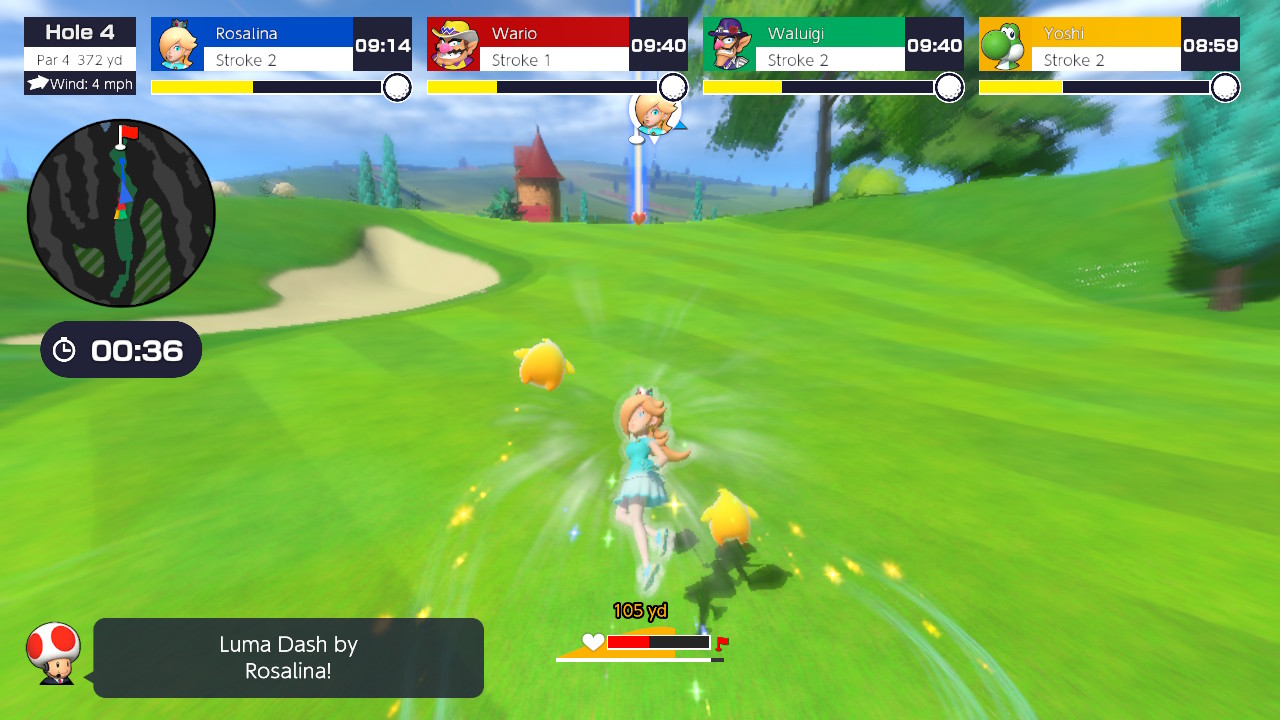 Be mindful that Rosalina's Special Dash has a subtle rise in angle in the middle of the dash, so be careful not to activate it when you're at a medium distance from an opponent or the ball, as you might just go over them. It may tricky to time considering Rosalina momentarily pauses in place when you activate her Special Dash.

Also note that Rosalina's Special Dash has a decent area of effect due to the Lumas circling around her, but it's not as wide as it appears. It's not enough for the Luma's to merely graze the opponents, so try to get as close to opponents as possible.

All Rosalina Scores and Celebrations

In order for us to make the best articles possible, share your corrections, opinions, and thoughts about 「How to Use Rosalina: Character Stats and Abilities | Mario Golf: Super Rush (Switch)」 with us!