How to Use Boo: Character Stats and Abilities | Mario Golf: Super Rush (Switch) 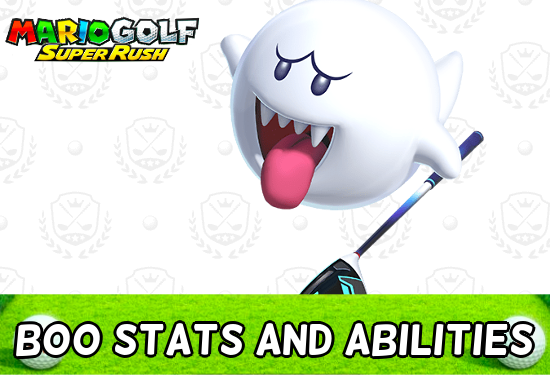 This guide is on how to use Boo, a character in Mario Golf: Super Rush for the Nintendo Switch. Read on to learn about Boo's stats and club sets, all character animations, as well as Boo's Special Shot and Special Dash abilities!

How to Use Boo

Spin Specialty Not for Beginners 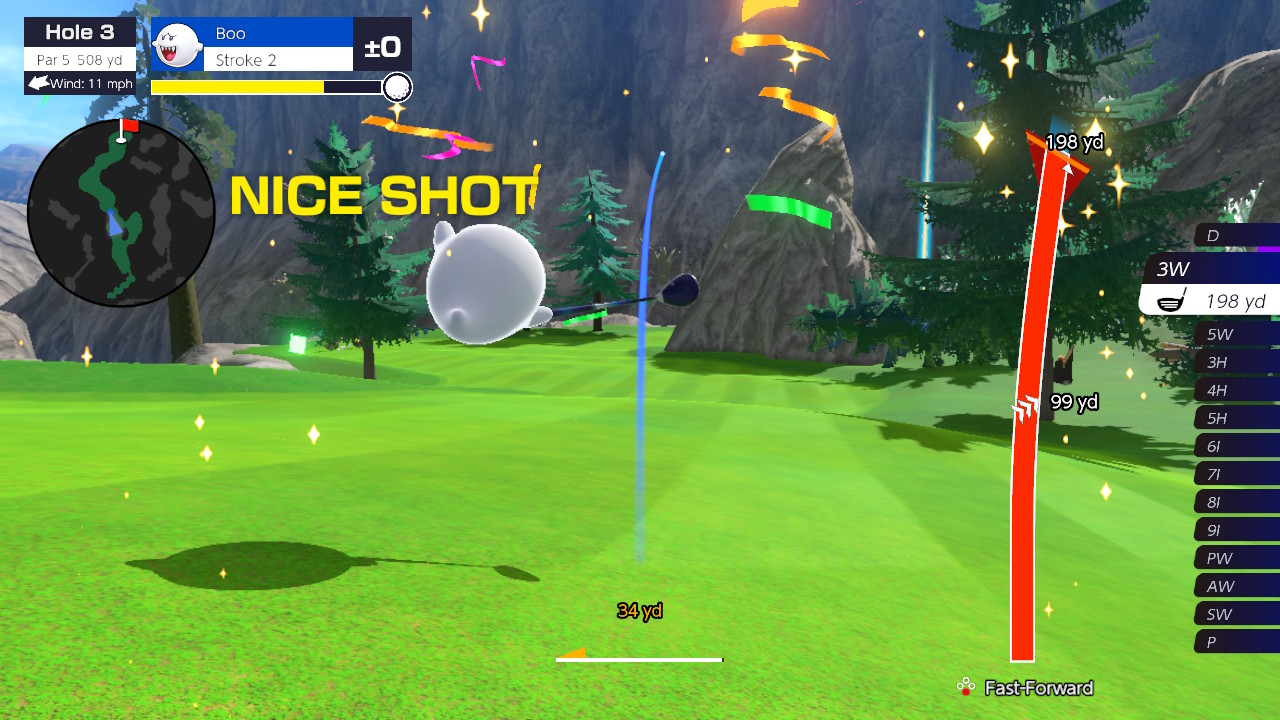 Boo has a below average Speed and Control stat, which make him a poor choice for Speed Golf and Battle Golf. Boo has a high Spin stat (which maxes out when Boo gets the Super Star Club), which is more effectively utilized in Standard Golf - Stroke Play, where you have more time to work on curve shots.

Even then, Boo isn't a beginner-friendly character, because you'd have to be assured in your ability to utilize spin in your shots. It's also not recommended to use motion controls while using Boo, as motion controls diminish the accuracy of adding spin.

Boo Can Float Over Hazards

Since Boo doesn't run on the ground, he can just float over water, lava, and icy ground hazards. Floating over water and lava hazards consumes stamina though, even when Boo's not dashing, and he will fall in when the stamina bar depletes. The feature isn't foolproof, but it does prevent Boo from accidentally falling into water and lava.

Similarly, Boo is unaffected by the icy terrain that makes other players have difficulty running. Luigi's Special Abilities are all about making the ground icy, so Boo has an edge over Luigi in Speed and Battle Golf.

Despite not being the best character for Speed or Battle Golf, Boo does have useful abilities. On impact, his Special Shot haunts other balls in the vicinity, which adds a significant amount of curve to their ball roll. This is a great disruption tool for the green, as opponents are guaranteed to waste one stroke if they attempt to putt a haunted ball. 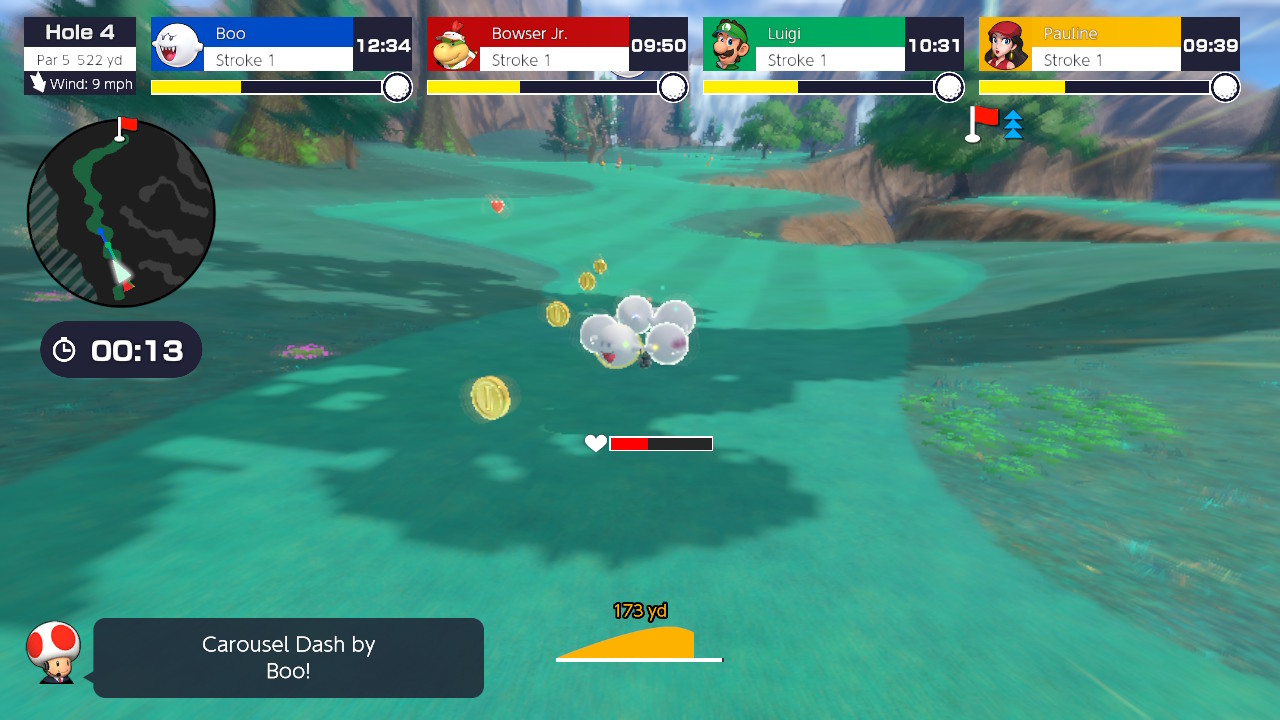 Additionally, Boo's Special Dash is easy to aim, as you just run over other players. Note that the Special Dash's area of effect may seem large because of the rotating Boo's, but you actually can't knock off enemies from the side. Boo has to run at them from directly behind.

All Boo Scores and Celebrations

In order for us to make the best articles possible, share your corrections, opinions, and thoughts about 「How to Use Boo: Character Stats and Abilities | Mario Golf: Super Rush (Switch)」 with us!