How to Use Bowser: Character Stats and Abilities | Mario Golf: Super Rush (Switch) 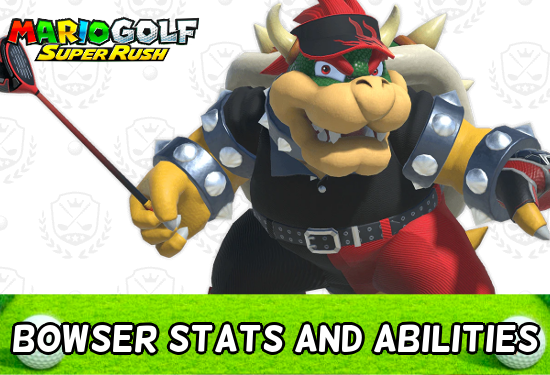 This guide is on how to use Bowser, a character in Mario Golf: Super Rush for the Nintendo Switch. Read on to learn about Bowser's stats and club sets, all character animations, as well as Bowser's Special Shot and Special Dash abilities!

How to Use Bowser 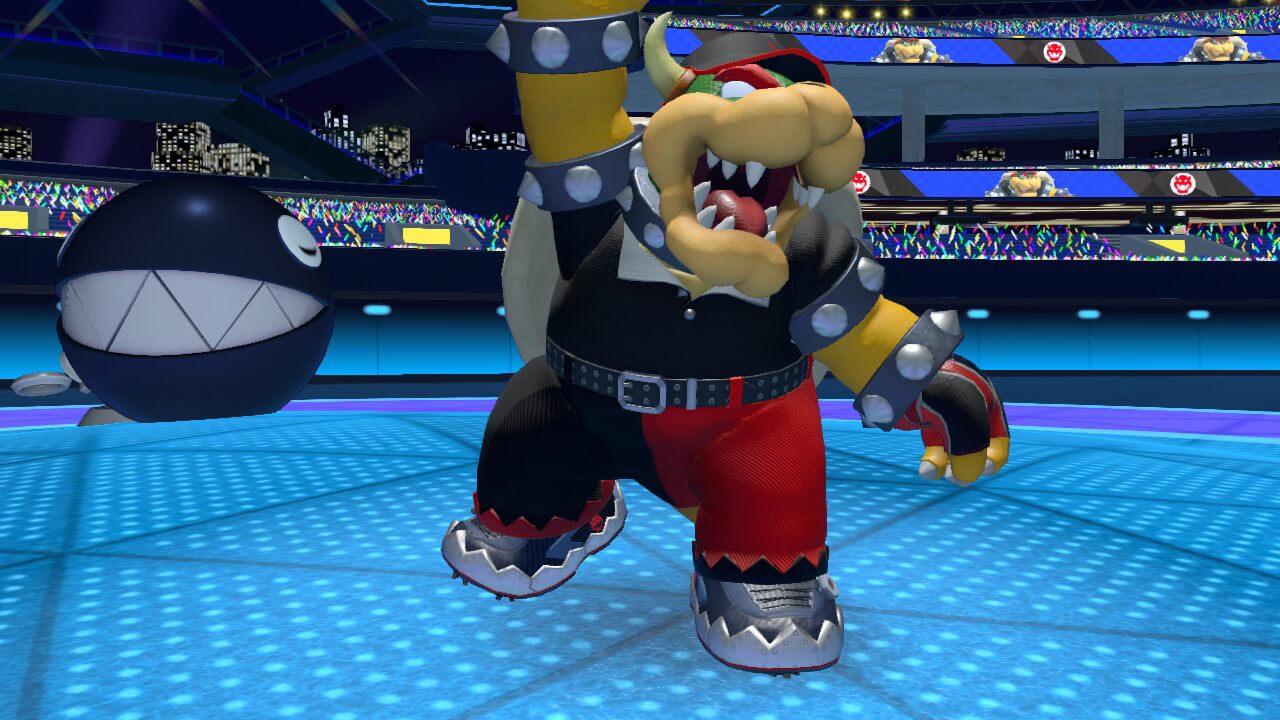 At 228 base power, Bowser has strongest drive in the game without the huge-drop off in Control or Speed stats. He's the best pick for players focused on a raw power playstyle in all game modes. 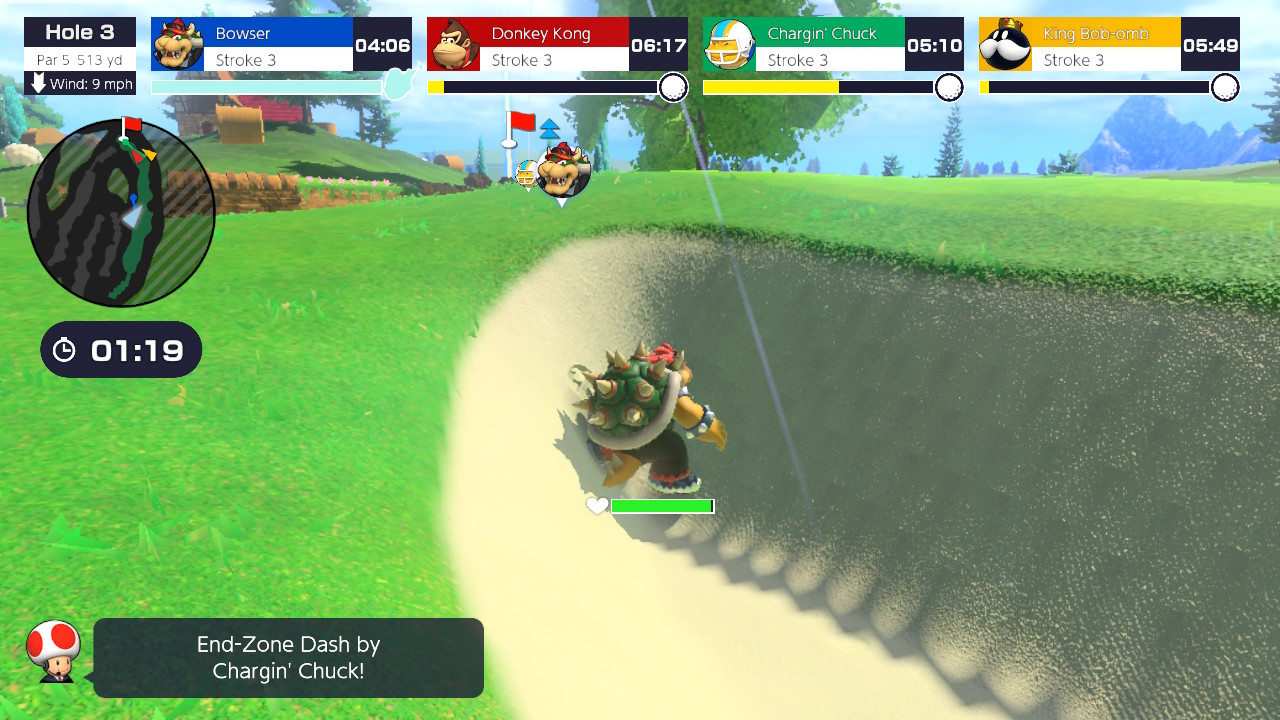 Being a bulky character, Bowser has a larger hitbox than most Mario Golf characters, which will increase the likelihood of him getting hit by Special Dashes and may even cause him to get stuck in some tight terrain formations. 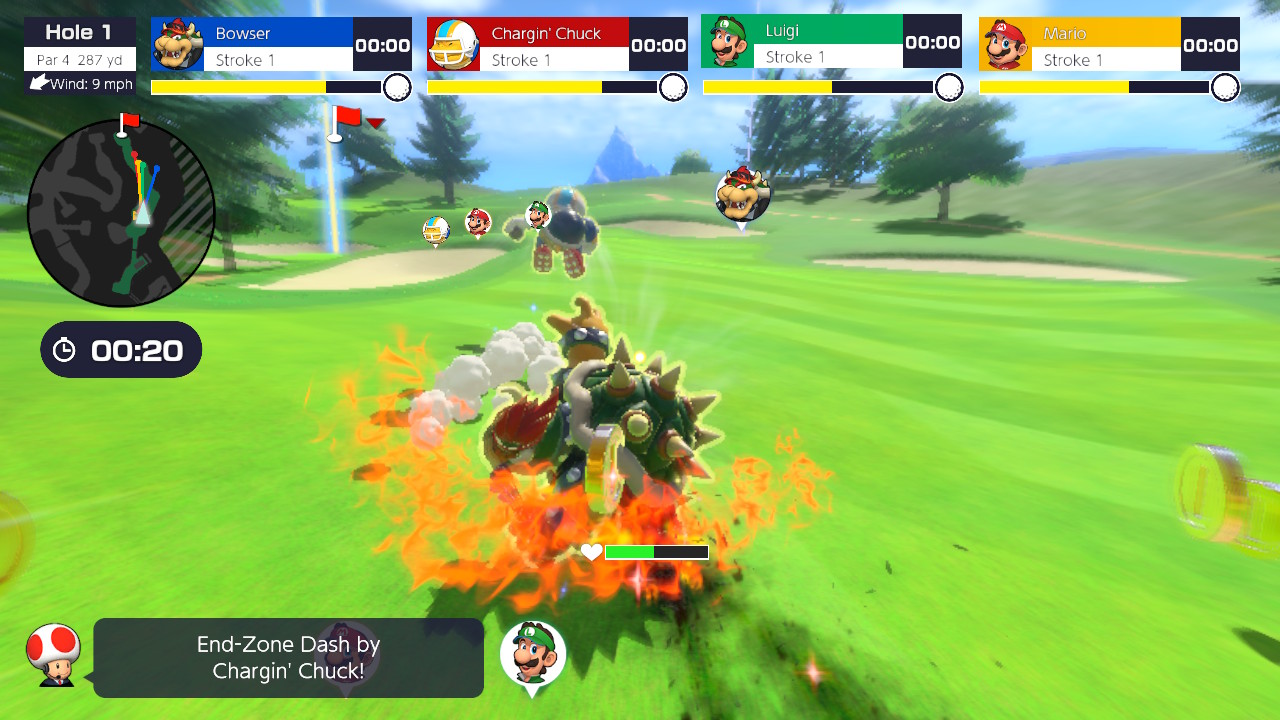 Bowser has a lower Speed than most characters, but his easily controllable Special Shot makes up for it. Bowser will leap forward then pound the ground, knocking off players he lands on. He then will slide forward breathing a circle of fire, which is useful to knock off opponents even further away.

It's a very easy Special Dash to aim at opponents and, with Bowser's high Stamina, it can be used up to twice consecutively.

All Bowser Scores and Celebrations 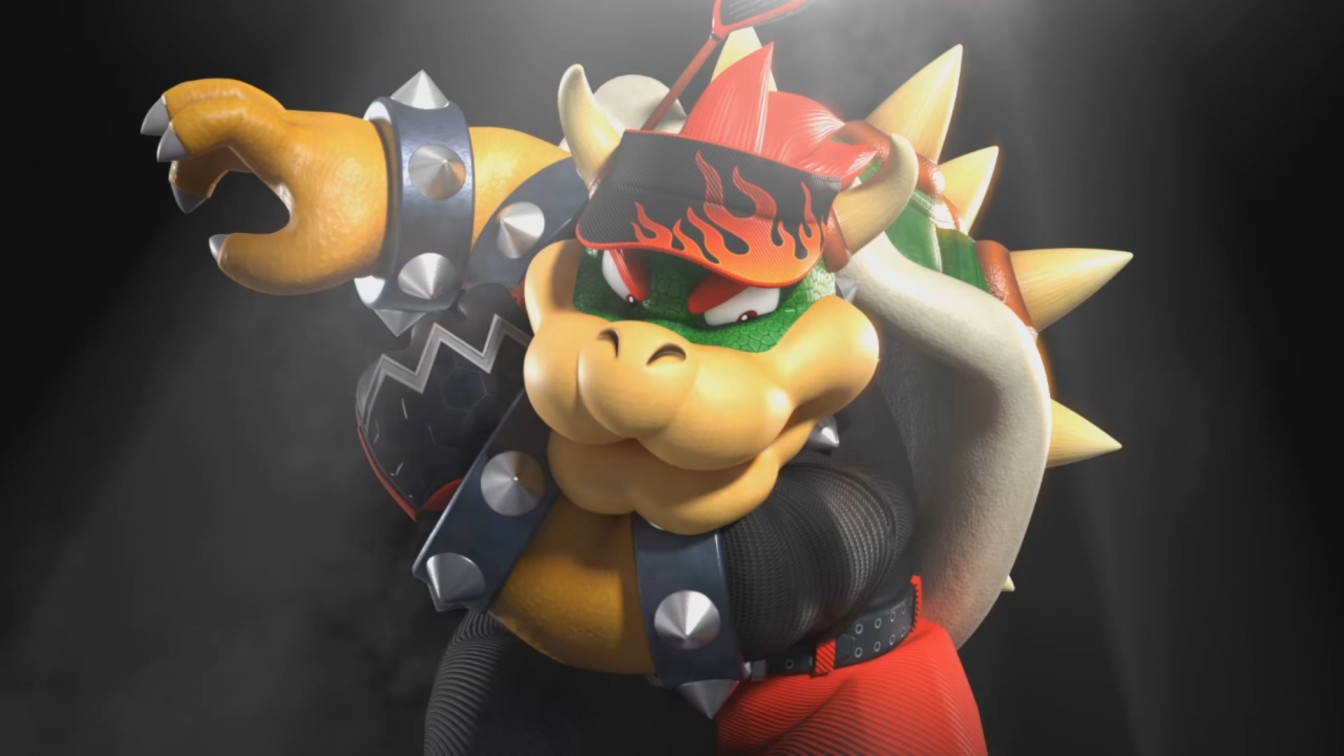 In Mario Golf: Super Rush, Bowser sports a golf outfit for the first time in the series. He may be an actual dad, but his outfit goes for a more punk rock aesthetic, with flames, spikes, and the overall black and red color scheme. It's not a surprising look for Bowser, given the way the Bowser Highlands course is designed.

Register as a member and get all the information you want. (It's free!)
Login
Opinions about an article or post go here.
Opinions about an article or post
We at Game8 thank you for your support.
In order for us to make the best articles possible, share your corrections, opinions, and thoughts about "How to Use Bowser: Character Stats and Abilities" with us!
When reporting a problem, please be as specific as possible in providing details such as what conditions the problem occurred under and what kind of effects it had.