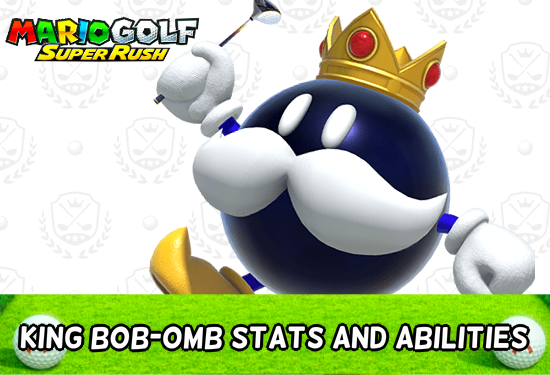 This guide is on how to use King Bob-omb, a new character in Mario Golf: Super Rush for the Nintendo Switch. Read on to learn about King Bob-omb's stats and club sets, all character animations, as well as King Bob-omb's Special Shot and Special Dash abilities! 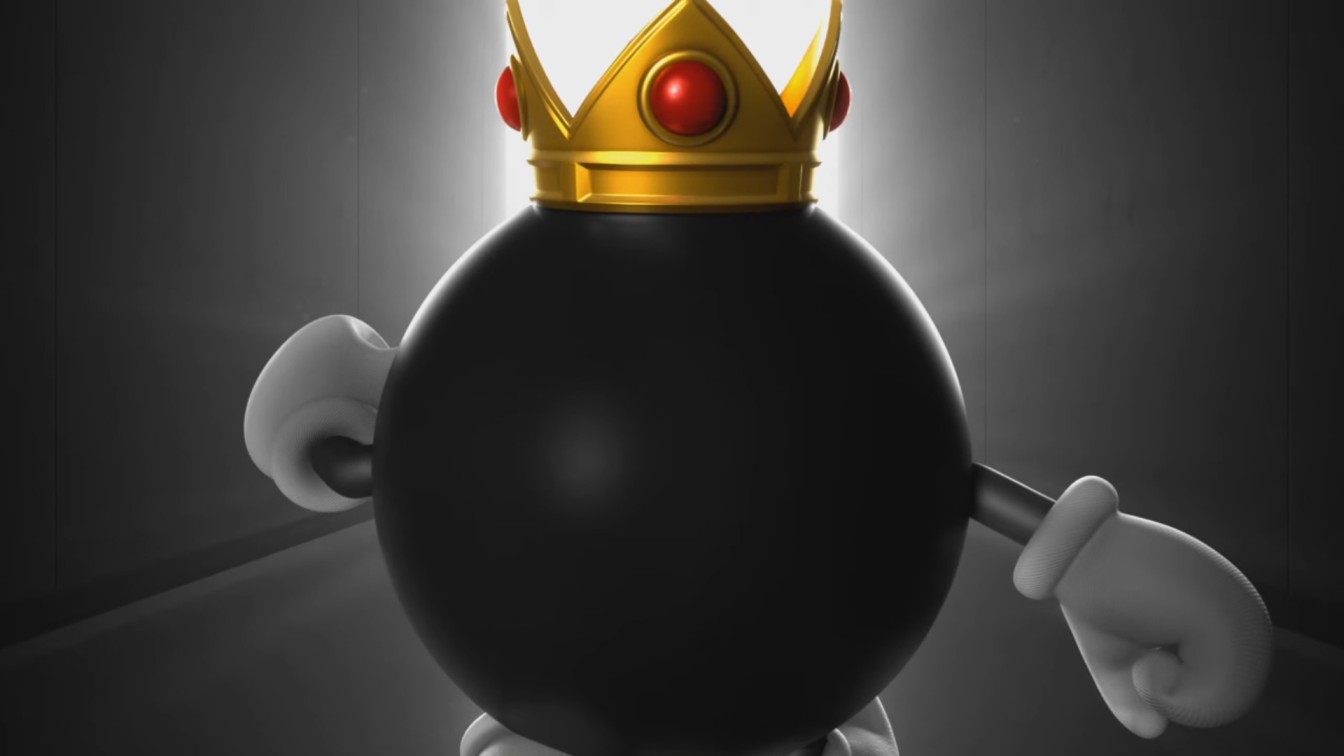 One of Mario's most notorious bosses, King Bob-omb makes his debut as a playable character in Mario Golf: Super Rush. He previously appeared as a NPC in Mario Golf: Toadstool Tour for the Nintendo GameCube.

How to Use King Bob-omb

High Power at Expense of Other Stats 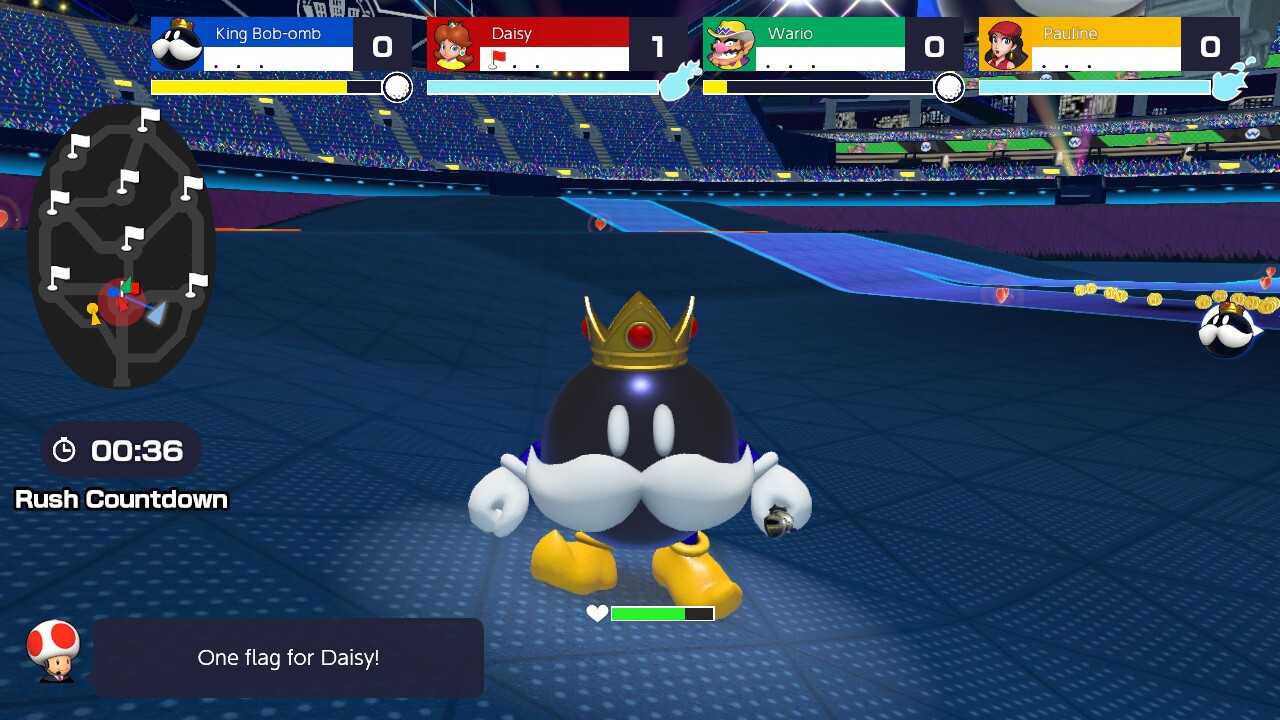 At a base power of 230 yds., King Bob-omb has the highest Power stat of the characters in Super Rush. However, his Speed and Control are conversely the lowest of all characters. This makes him a poor choice for Speed Golf, but he's otherwise still usable in Battle Golf, due to his abilities, and in Standard Golf, but less so in heavy wind and weather conditions. 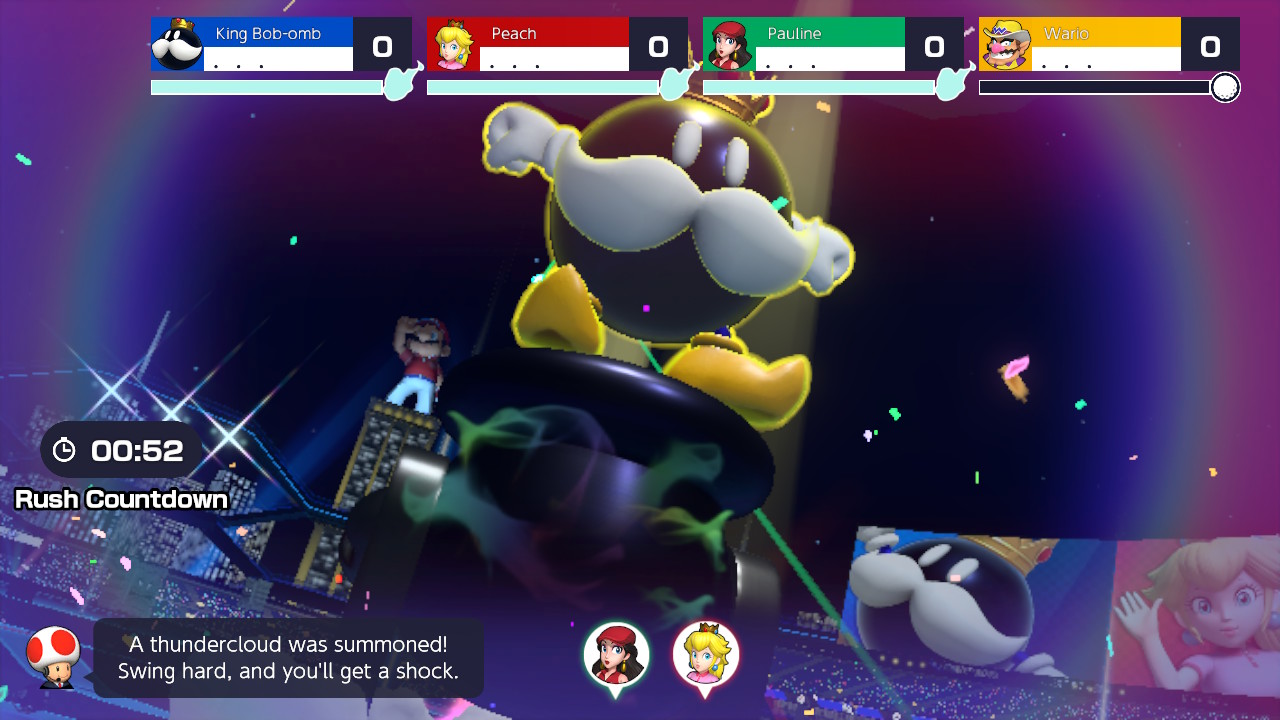 It should be noted that King Bob-omb's Special Shot has the same effect as blasting upon impact, but his targets multiple smaller areas, as opposed to one big area. Either way, the best place to target would still be near the hole when everyone's about to putt in, so their balls are flung elsewhere.

King Bob-omb's strong drive also gives you the most range of where you want to target your Special Shot.

Special Dash Targets Front and Back 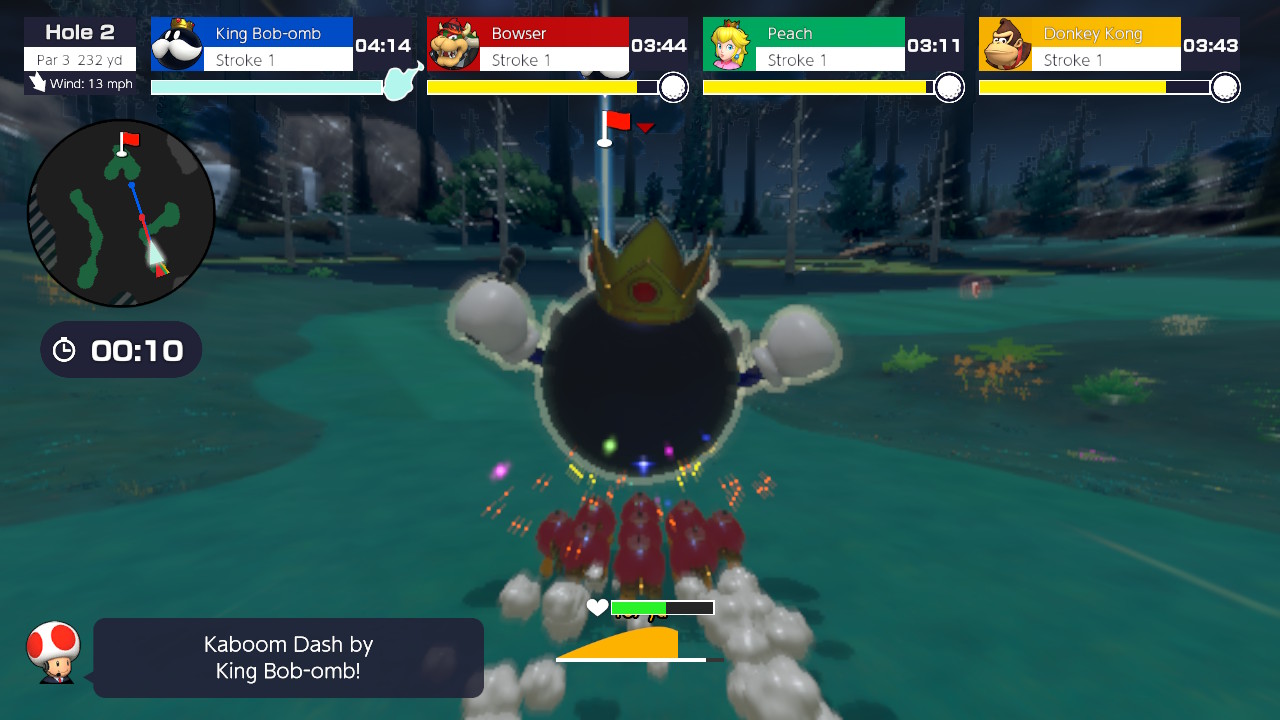 King Bob-omb's Special Dash is also unique in that you run over players in front of you and leave a trail of bombs behind you. Steering King Bob-omb as he runs over players is easy and the 3-bomb trail he leaves behind is useful for dealing extra damage to the players behind him.

The Special Dash also launches King Bob-omb forward at the end, which you can utilize to be thrown over a small body of water/lava, if timed correctly.

All King Bob-omb Scores and Celebrations

Register as a member and get all the information you want. (It's free!)
Login
Opinions about an article or post go here.
Opinions about an article or post
We at Game8 thank you for your support.
In order for us to make the best articles possible, share your corrections, opinions, and thoughts about "How to Use King Bob-omb: Character Stats and Abilities" with us!
When reporting a problem, please be as specific as possible in providing details such as what conditions the problem occurred under and what kind of effects it had.