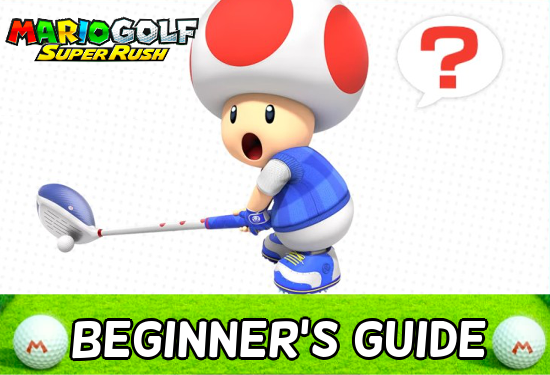 Check out this beginner's guide to Mario Golf: Super Rush for the Nintendo Switch to learn everything you need to know when starting off on your golf journey. From best characters for beginners to best tips and strategies for starting out on the right foot, Game8 has you covered! 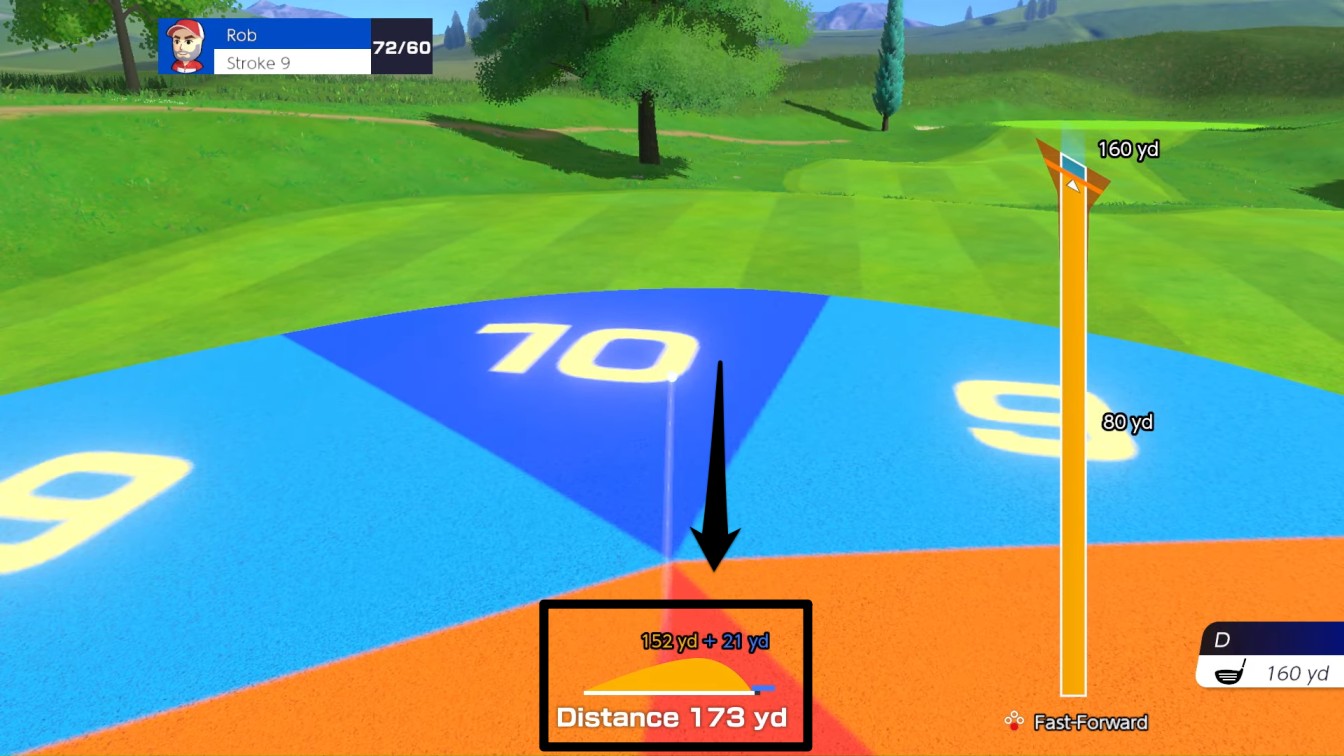 Fast-Forward with the B Button 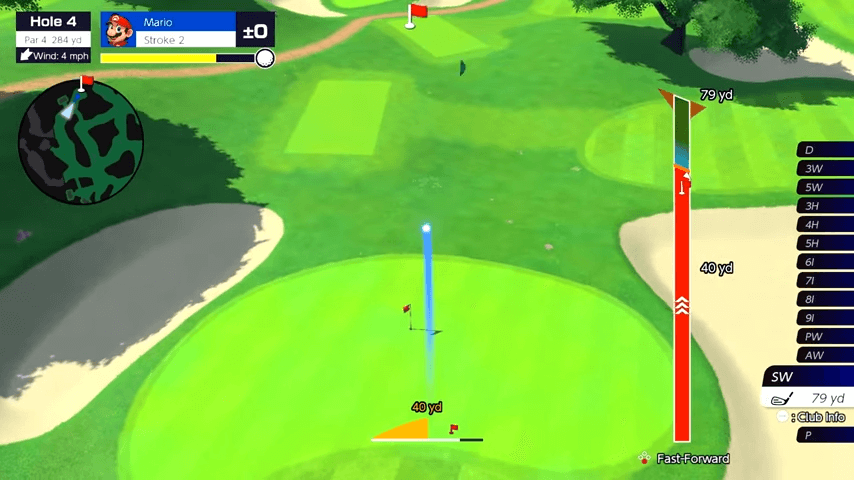 When playing on the Standard Golf mode, you can press and hold the B Button to use the fast-forward feature after you or an AI player swings the club. It doesn't really affect the trajectory and roll of the ball, but it does make a round of golf go faster if you feel the pacing is too slow. 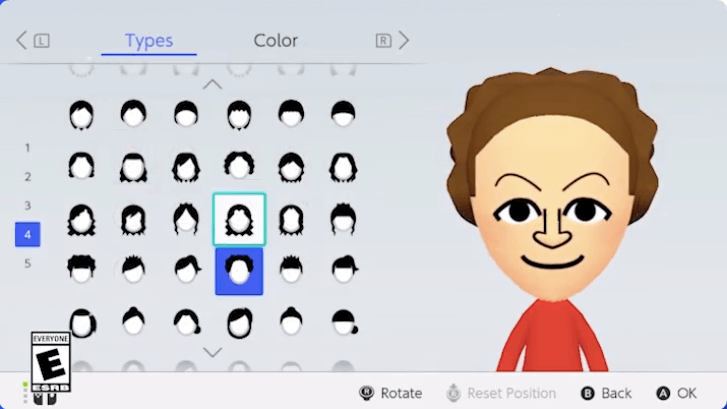 The Golf Adventure story mode allows you to choose and customize your very own Mii character. If you're moving forward with the story and you feel that your look doesn't fit with your cast, you can always change it.

You Can Use Your Mii Character in Other Modes 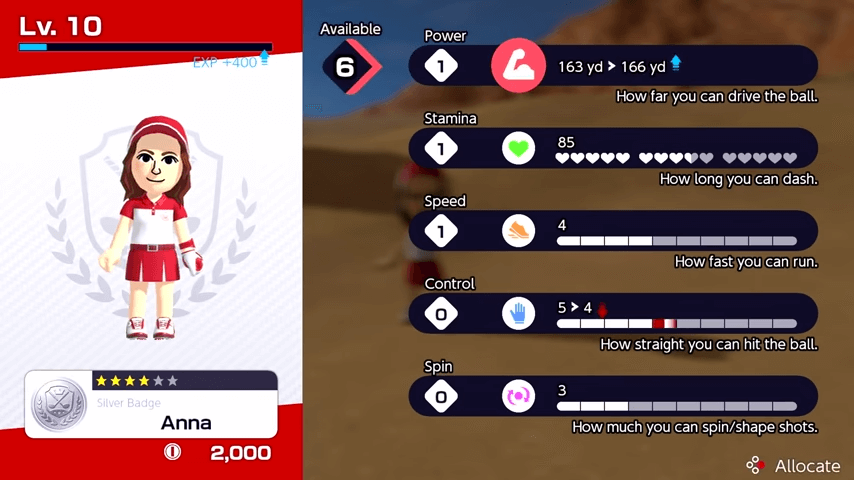 You can also allocate points to the different stats of your Mii character as you level up with experience points, which allows you to customize your character's build, then use them in other modes such as Speed Golf and other multiplayer golf modes (local and online). 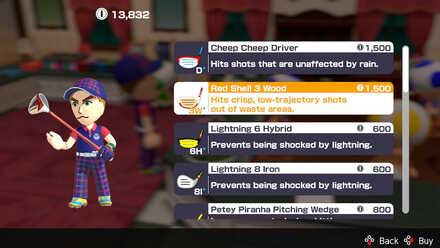 As you progress through the story of Super Rush, you'll obtain currency to purchase more equipment (clubs, shirts, shoes, etc.) for your Mii character. Each piece of equipment has unique stats and perks to further customize your Mii's build.

The Active Story Quest on the Top Right 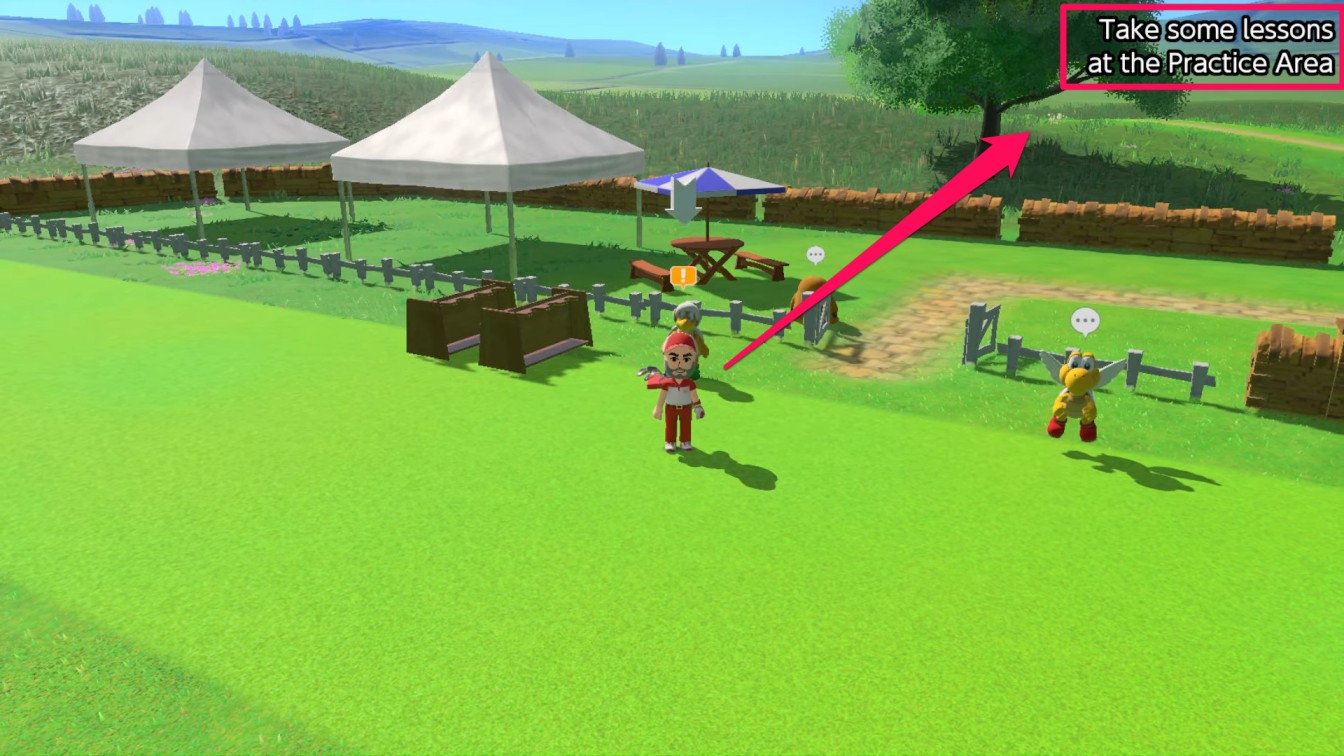 In Golf Adventure, you take on quests by talking to certain NPCs and progress through the story by completing them. If you've forgotten what your current active quest is, you can find it written in text on the top right corner of your screen. 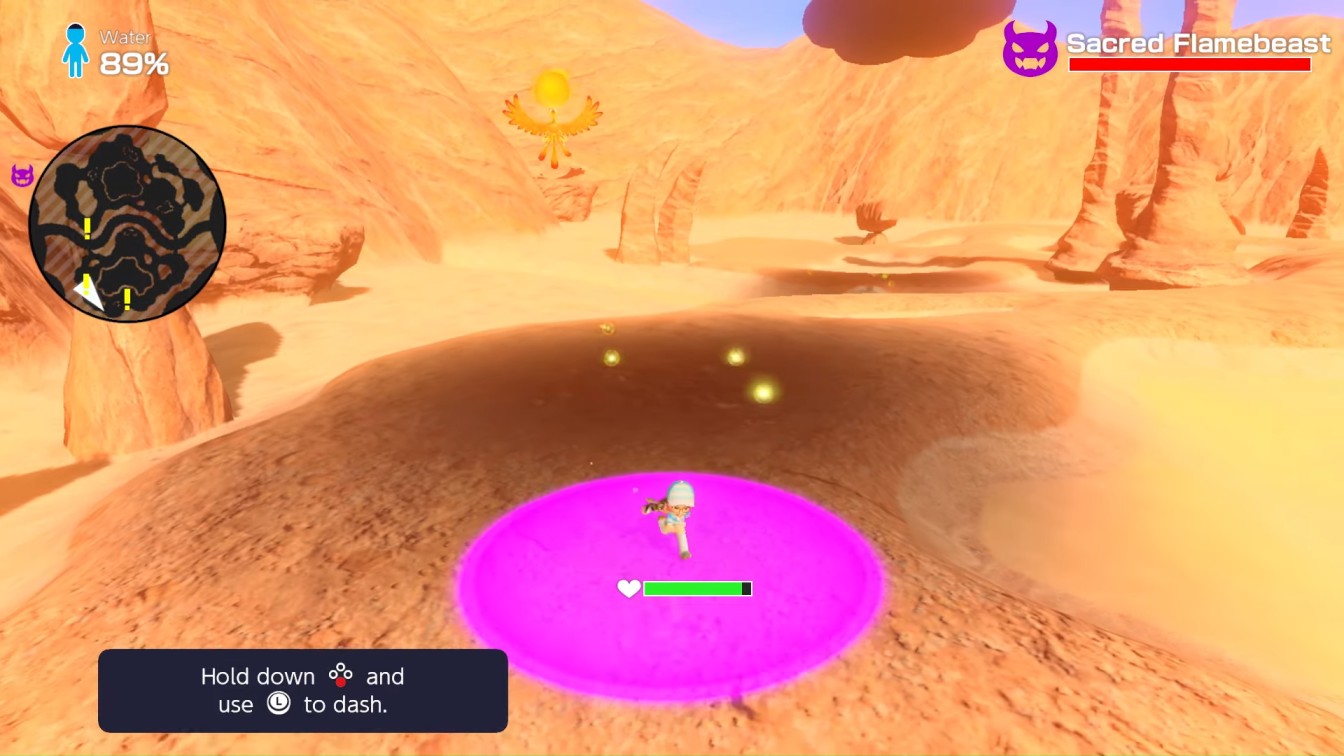 The Stamina Bar is used for dashing and it can be located beneath your Mii character as the green bar next to the ♡ (but don't confuse it with a health bar). When not in use, it replenishes on its own.

Learn How to Use the Shot Gauge

The shot gauge appears to the right of the screen while you are making your shots. Press the A Button to start the shot gauge and press it again to set the power. The higher you set the bar, the more power the ball will have. 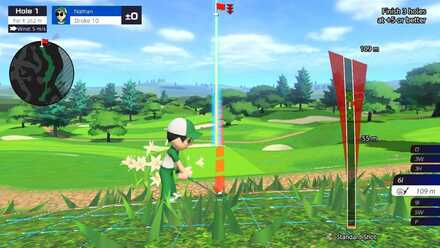 Setting your shot's power too high will risk the gauge going into the Risk Zone, which has a high chance of decreasing the accuracy of your shot. The Risk Zone starts when you see the red triangles on the sides of the shot gauge, which is called the Shift. The larger the red area, the higher the degree of Shift, which can prevent your ball from flying straight. Shots set in the Risk Zone will cause a small ! icon to appear on top of the gauge.

Cancel Shots by Not Setting Power 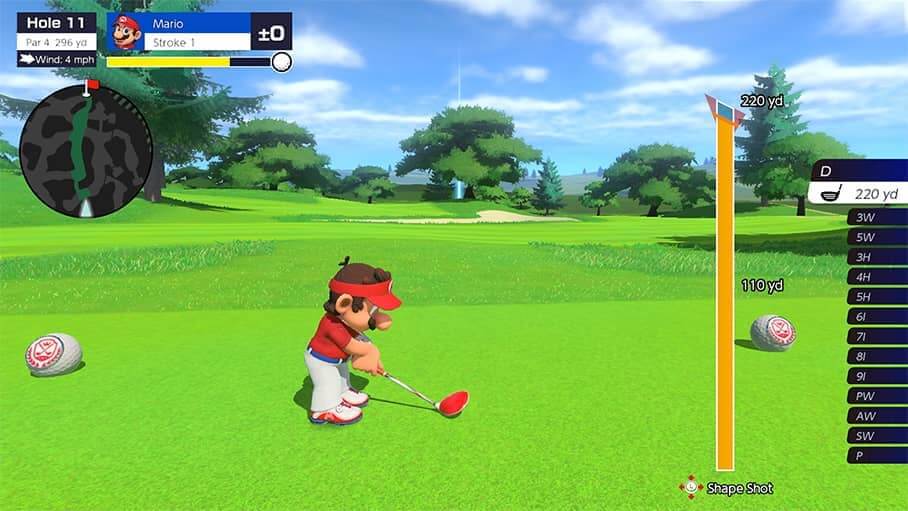 Be Wary of Curving Gauges 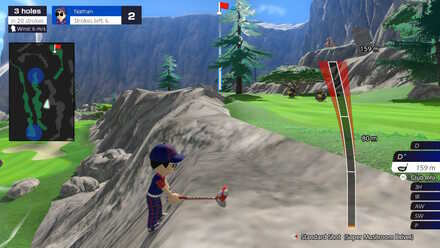 When you're playing from uneven ground, you may notice that your shot gauge will curve in one direction. This is an indicator as to which direction the ball will fly after striking it. The bigger the curve of the shot gauge, the more the ball will lean towards that direction as it flies.

It's important to compensate for shift by aiming your shot at an opposite direction to the curve of the shot gauge to ensure that the ball lands at your desired location. 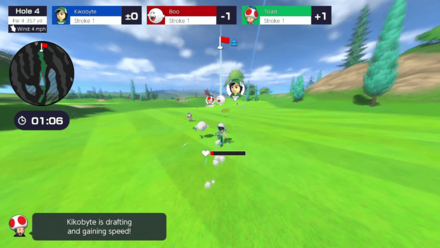 Dashing and Special Dashing can consume a lot of stamina. A smarter way of conserving your stamina while still moving around quickly is through Drafting. Follow along behind another dashing player and you will catch their speed, allowing you to dash without depleting any of your stamina.

Outside of the Golf Adventure story mode, there are competitive game modes wherein you can choose a golfer from the classic cast of Mario characters. Below are the characters recommended for beginners due to their well-balanced stats.

Additionally, his Special Dash is easy to steer and has a good area of effect, which is ideal for beginners to make use of in modes such as Speed Golf and Battle Golf.

Rosalina is an all-around character, which makes her great for beginners who don't want to dive into a specialty yet. Her base 223 drive is the strongest of any non-Power specialty character, which allows her a lot of range in all game modes. Her Stamina and Speed are also a decent level. Control is her only below average stat, but she still is a very well-rounded player.

Rosalina can also float over water and lava for a brief period of time, which would help prevent players from accidentally falling in.

How to Use Rosalina: Character Stats & Special Abilities

Yoshi is a character recommended for beginners due to how effective and easy to use his abilities are. His Special Shot allows you to disrupt opponent's shot trajectories and ball rolls, while his Special Dash is an easily controllable giant egg roll. You can't use the Special Dash twice consecutively due to Yoshi's lower Stamina, but Yoshi being the fastest character in the game makes up for that.

Yoshi is definitely a great character for players starting out in Speed Golf and Battle Golf.

Use the Golf Guide in the Golf Watch 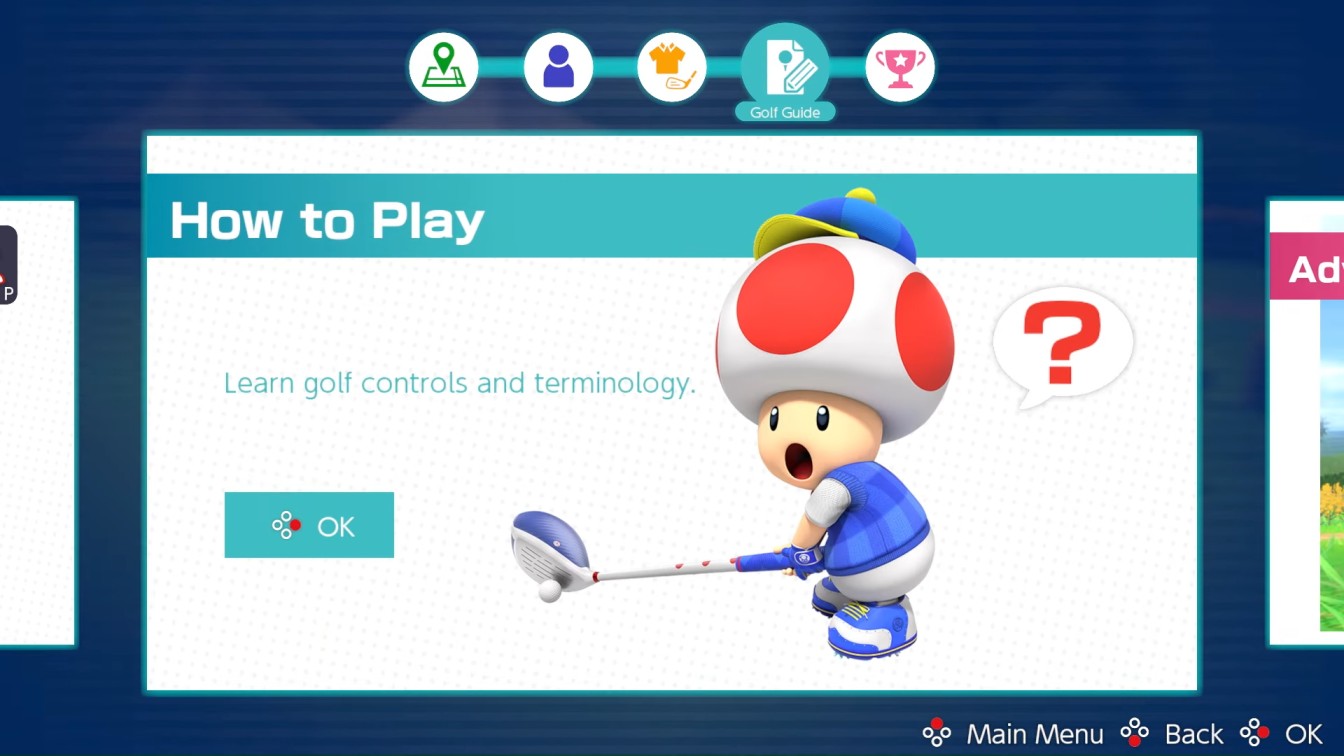 The Golf Guide, found in your Golf Watch, is a basic rundown of how to play golf and the golf terms you'll be encountering in the game! It's a single player mode where you can learn and practice golf. It's a good way to learn not only how to play Mario Golf: Super Rush, but also golf in general.

Save Up Coins for Later Levels 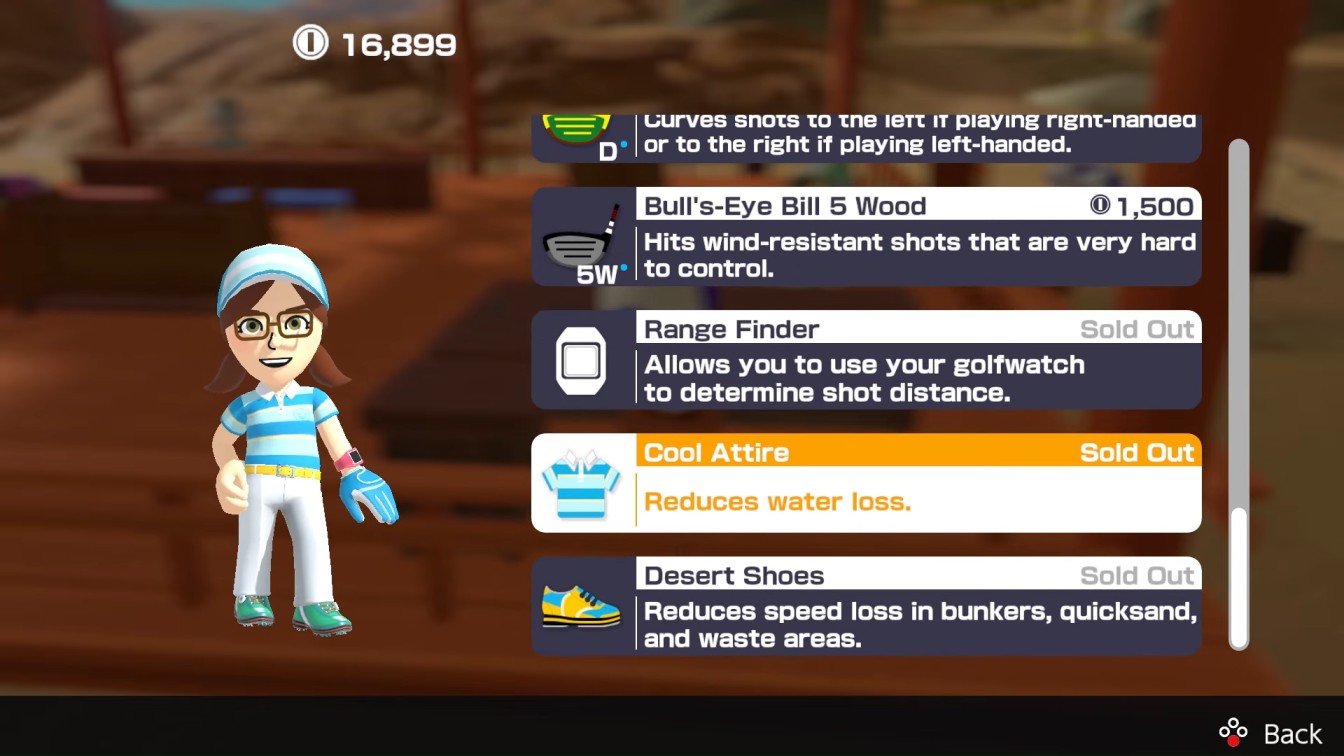 Equipment offered by the shop mostly changes per level/course. While you can already buy equipment as early as the beginner levels of Bonny Greens, the equipment featured in that area seems to be more for stat preferences, rather than for providing useful perks.

It's a good idea to save your coins for later levels such as Balmy Dunes, where the course presents actual environment challenges such as conserving water intake. Higher level equipment offers more useful perks such as reducing water loss, reducing speed loss while in sand, or allowing you to skim golf balls over water, which would be very helpful when facing tougher environments.

You Can Go Off the Highlighted Path 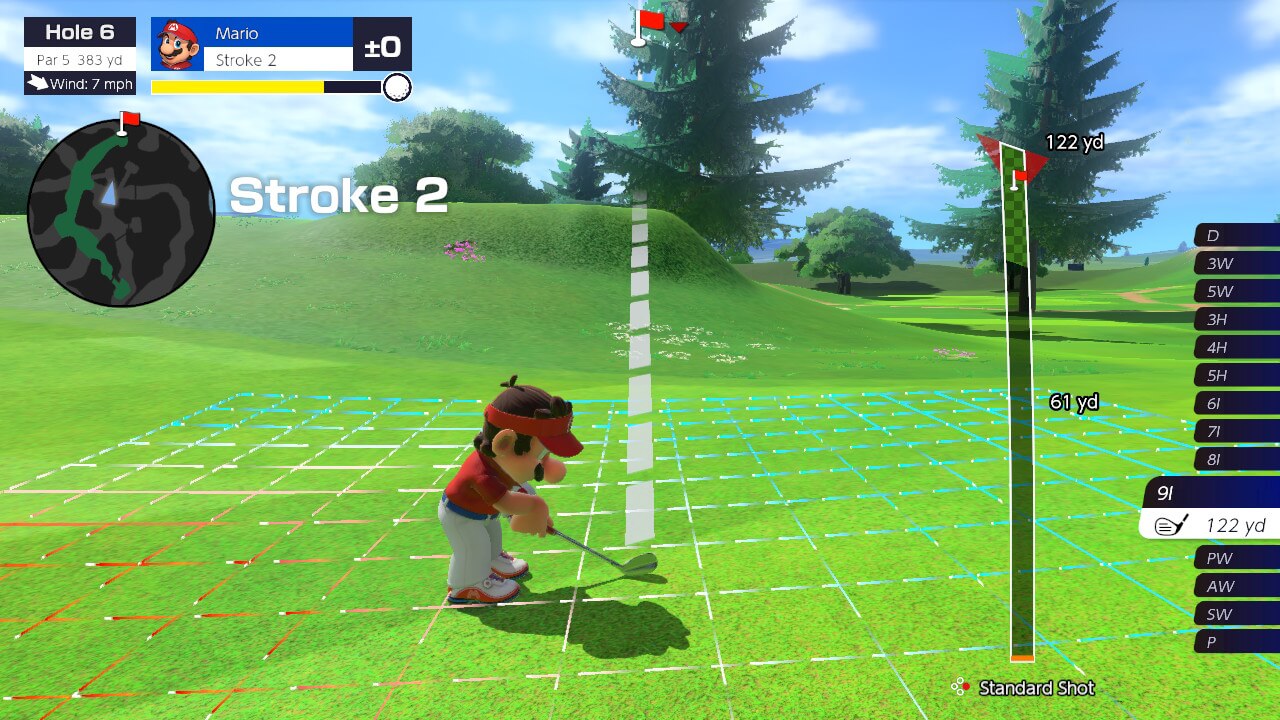 Each hole has a path highlighted in green on the minimap. While that path is a good indication of how to get your ball to the hole quickest most of the time, the not highlighted, grey paths can sometimes be the more efficient route.

Just remember that there is no penalty for landing in the grey area on the minimap and that grey paths should be considered when charting out the best route to the hole.

Register as a member and get all the information you want. (It's free!)
Login
Opinions about an article or post go here.
Opinions about an article or post
We at Game8 thank you for your support.
In order for us to make the best articles possible, share your corrections, opinions, and thoughts about "Beginner's Guide" with us!
When reporting a problem, please be as specific as possible in providing details such as what conditions the problem occurred under and what kind of effects it had.