How to Use Yoshi: Character Stats and Abilities | Mario Golf: Super Rush (Switch) 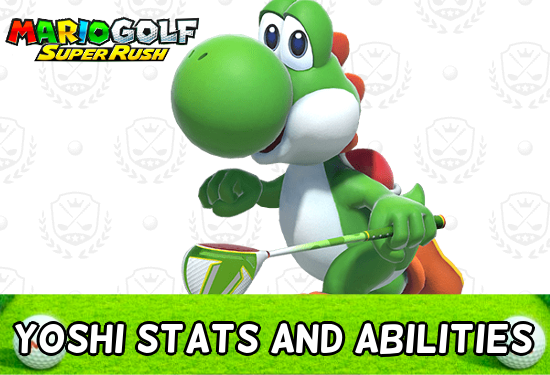 This guide is on how to use Yoshi, a character in Mario Golf: Super Rush for the Nintendo Switch. Read on to learn about Yoshi's stats and club sets, all character animations, as well as Yoshi's Special Shot and Special Dash abilities!

How to Use Yoshi 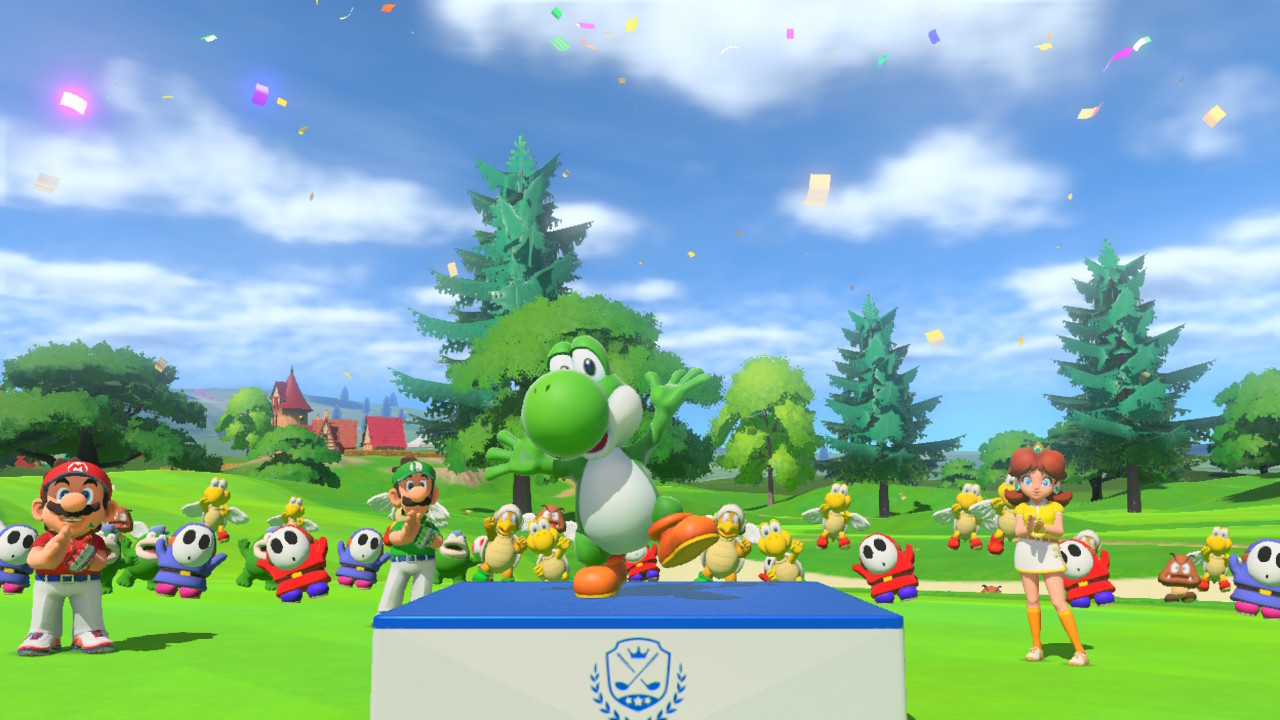 As the only character with max Speed, Yoshi is the fastest character in Mario Golf: Super Rush, which makes him a formidable player in Speed Golf. Along with his max Speed, Yoshi's Special Dash is great for disrupting opponents during course traversal.

Easy to Use Special Dash 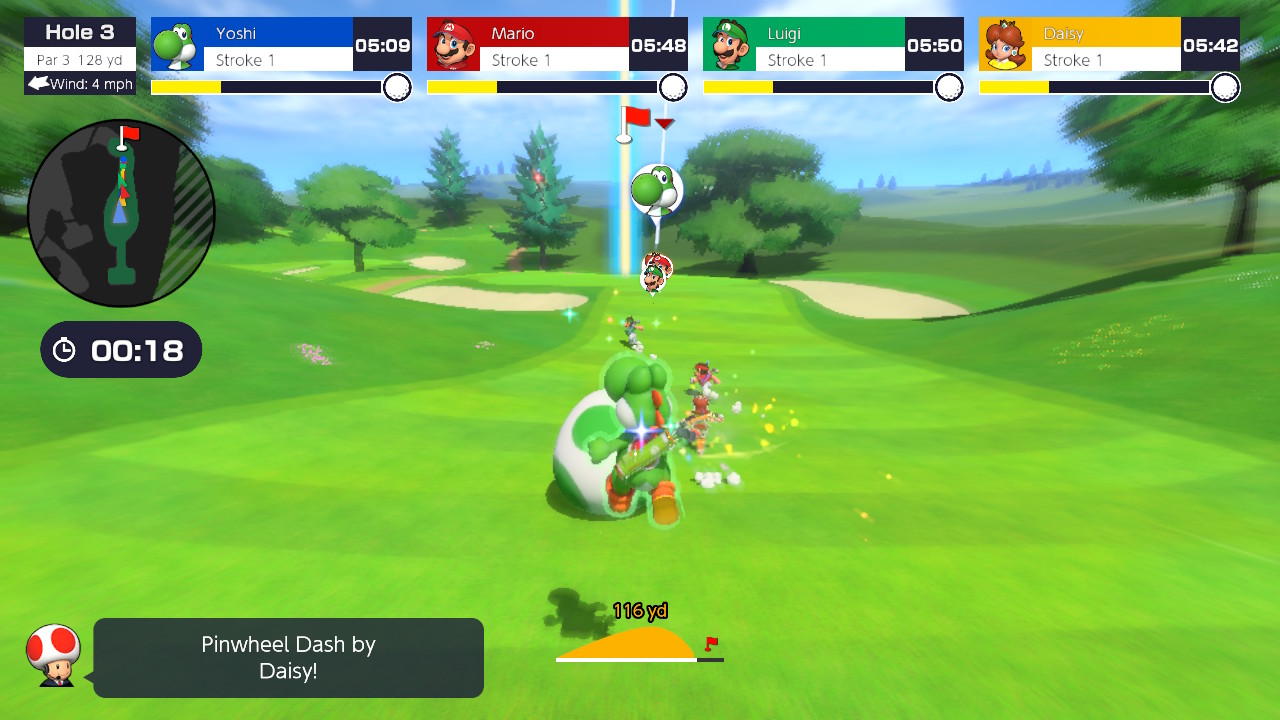 Yoshi's Special Dash is very easy to use, as you just run over opponents in the path of your giant egg. The egg also launches directly ahead of you when the dash finishes, which allows you to knock down opponents you may not have initially reached.

Additionally, Yoshi has great control when he floats after he gets off the egg, allowing you to change direction easily, making it a great Special Dash for the Battle Golf stadium. 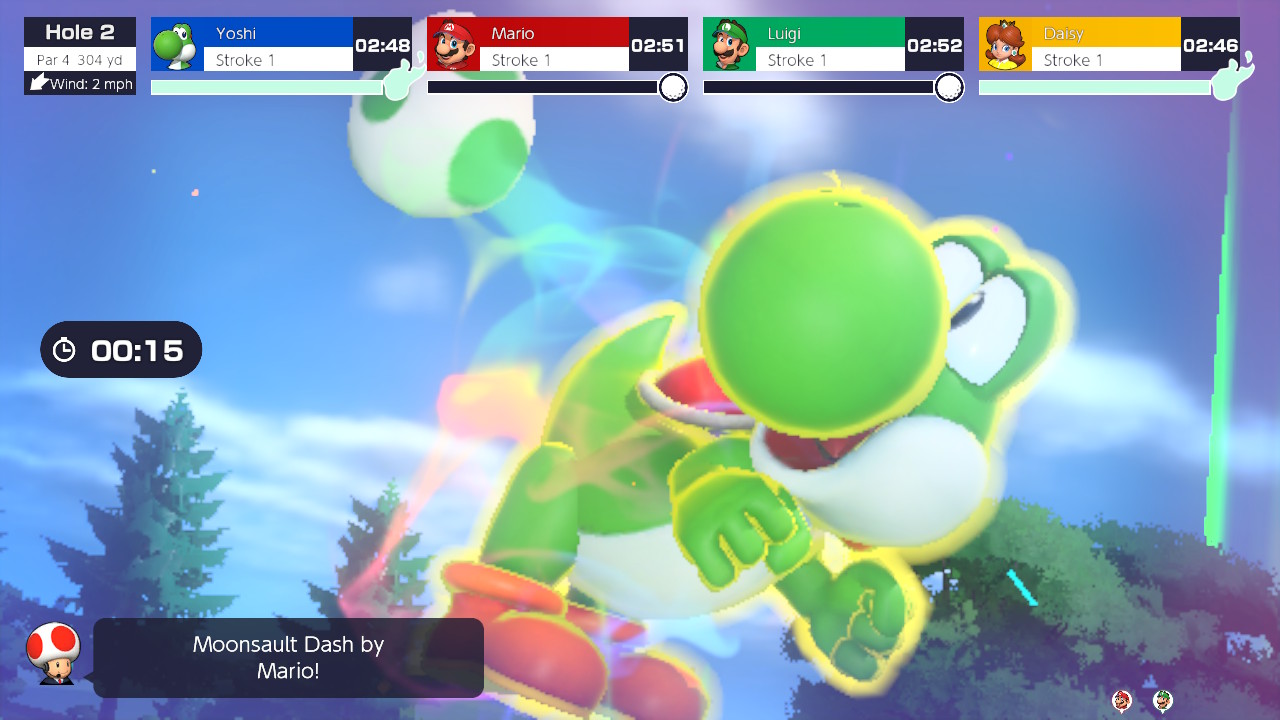 Yoshi's Special Shot is also very effective as a disruption tool against opponents. On impact, the ball turns opponents' balls in the vicinity into eggs, which adds a significant amount of curve to their ball roll. This is a great disruption tool for the green, as opponents are guaranteed to waste one stroke if they attempt to putt an egg.

All Yoshi Scores and Celebrations

Can You Play as Pink Yoshi? 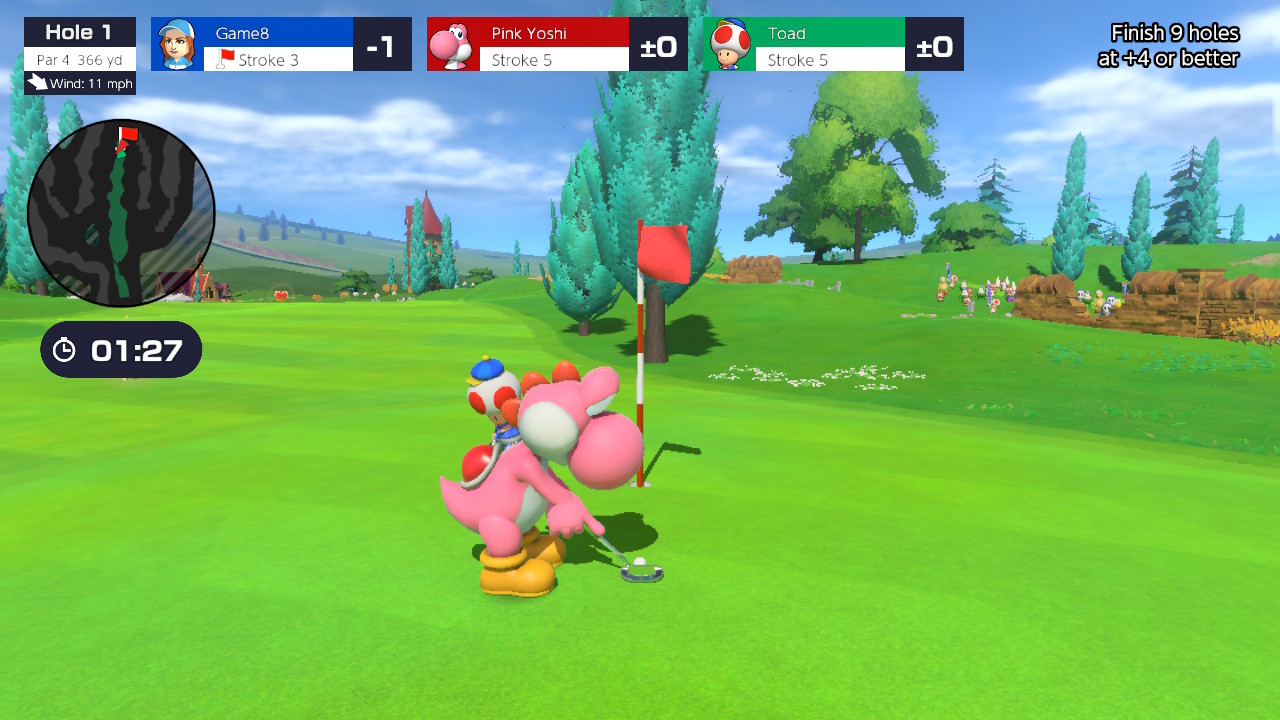 No, Pink Yoshi is not currently playable or unlockable in Mario Golf: Super Rush. Early on in the Golf Adventure mode, you go up against a Pink Yoshi during the rookie qualifying round. So far this is the only instance of them being an opponent during the game.

Pink Yoshi shares the same score pose animations as Yoshi. Pink Yoshi also has the same Egg-Roll Dash as regular Yoshi, but their egg has pink spots, instead of green.

Given that there are already a model and animations for Pink Yoshi, it makes it more likely that they'll be added in as a playable character in future free updates.

Free Updates: Is There DLC?

Register as a member and get all the information you want. (It's free!)
Login
Opinions about an article or post go here.
Opinions about an article or post
We at Game8 thank you for your support.
In order for us to make the best articles possible, share your corrections, opinions, and thoughts about "How to Use Yoshi: Character Stats and Abilities" with us!
When reporting a problem, please be as specific as possible in providing details such as what conditions the problem occurred under and what kind of effects it had.