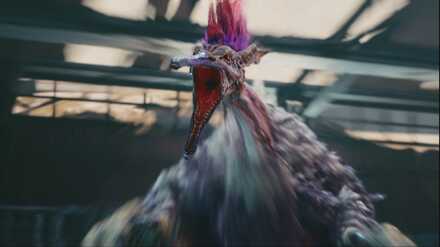 This is a guide to beating the Boss Levrikon in the game Final Fantasy 7 Remake (FF7R) from the INTERmission DLC in the Intergrade PS5 version. This article explains Levrikon's attack patterns, weaknesses, and tips and strategies for defeating them.

A large bird found in the undercity. Capable of attacking with its ironlike bill, it has to evolved to use its formidable wings as hands to sieze potential prey.

When holding a rock, it will repel and counter frontal attacks. Fire and ice attacks will rapidly fill its stagger gauge. If captured, continuously press evade to escape.

Levrikon drops the Mezu Drive upon defeat. The Mezu Drive does not do anything by itself but adds an effect when paired up with Chthonian Armlet.
Mezu Drive Effect and Stats

You will have only have Yuffie and Sonon for this fight.

Boomerang will be handy in this fight as Levrikon is weak to ice and fire magic and this will increase your magic damage. Its Brumal Form ability is also useful to avoid its attacks.

Sonon's role for more damage through synergy with Yuffie. You will synergize with Sonon when you have the chance to maximize your damage. Just make sure you turn it off when Levrikon has a rock to avoid its counter-attacks.

Use Fire or Ice Materia and Ninjutsu 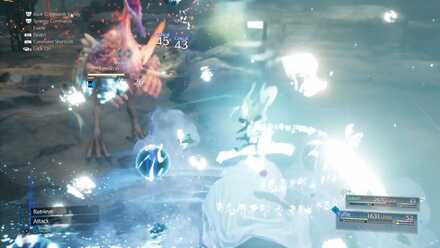 Using either fire or Ice materia and Ninjutsu will give you an edge in this fight. It is weak to both elements, so use whatever you feel comfortable with.

Don't Use Synergy When Holding Rock

Levrikon will occasionally pull out a rock and hold it. With a rock in its hand, it will counter any frontal attacks, so when it does that you will have to make sure you are not synergized with Sonon. If you are synergized and you attack with Yuffie, Sonon will always try to follow up your attack on the same target and might attack from the front and will be countered.

Attack Between Sonon and Yuffie 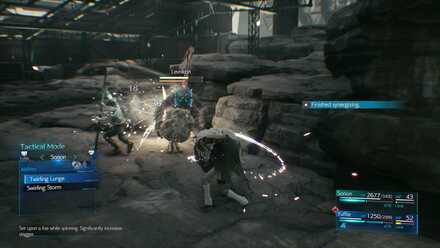 While you can't actually switch between Sonon and Yuffie, you still can give commands. When it has the rock out and facing Yuffie, command Sonon to use an ability and when it is facing Sonon, go ham as Yuffie from behind! 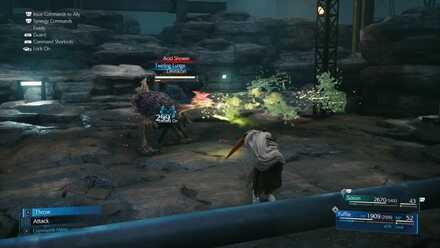 Levrikon will spit out acid that will poison you in an area in front of it. This move can be easily blocked as it will take a moment before it starts spitting. If you can block it you won't get poisoned, so keep your eyes out for it! 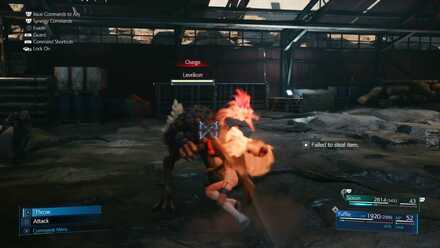 It will charge right at you, dealing damage if you don't dodge or block it. Keeping your distance can ensure you have enough time to either block it or dodge out of the way. 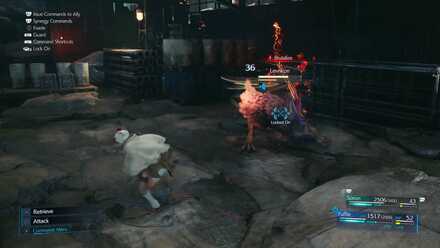 Levrikon will jump forwards and attempt to grab you to deal massive damage to you. Blocking won't help as it will still grab you, dodging out of the way is your best bet. If you have the Boomerang weapon on Yuffie, you will have the Brumal Form. This will help you easily evade its attack.

When Holding a Stone 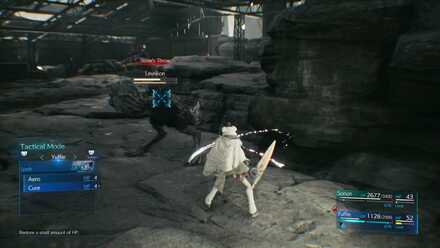 It will throw the rock to deal damage, it can be easily blocked or avoided if you keep your distance. You want Levrikon to use this move, as once it throws the rock, it will not counter your attacks anymore.

Post (0 Comments)
Opinions about an article or post go here.
Opinions about an article or post
We at Game8 thank you for your support.
In order for us to make the best articles possible, share your corrections, opinions, and thoughts about "How to Beat Levrikon | Boss Guide" with us!
When reporting a problem, please be as specific as possible in providing details such as what conditions the problem occurred under and what kind of effects it had.