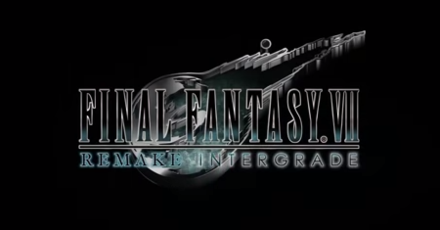 Final Fantasy VII Remake Intergrade, together with a new INTERmission DLC episode starring Yuffie, has been announced exclusively for the PS5. Learn all about the game's release date and release time, with a countdown for the game's release, along with available platforms, price, and details on the PS5 upgrade in our complete summary.

The timer below counts down for the game's expected release time of midnight in local time on June 10th for the US East Coast. This displays time at GMT-4, so be sure to adjust for your current time zone!

As the game launched at midnight, June 10th in Japan, the release was confirmed for a release at midnight local time on June 10th.

This means that no matter which time zone you are in, you will be able to play the FF7R Intergrade contents from 12AM midnight.

Both the Intergrade PS5 Upgrade and the INTERmission Yuffie DLC will go on sale at 12AM midnight local time. 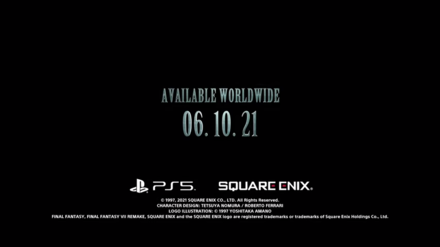 FF7R Intergrade has been confirmed for a PS5 worldwide release on June 10th, 2021.

What is FF7 Remake Intergrade?

FF7R Intergrade, a brand-new DLC for Final Fantasy 7 Remake, is coming exclusively to the PS5 this June. In addition to jawdropping free graphical updates for the PS5, an additional paid DLC features a brand-new mission starring Yuffie.

It also includes a new Photo Mode, as well as the much-requested Normal difficulty for Classic Mode... although we can't say why this particular feature needs to be a PS5 exclusive.

That said, it's great to see new content for a title many weren't expecting any DLC to arrive for. Here's hoping this will tide fans over until Part 2 drops (not likely).

Is FF7 Remake Intergrade on PS4?

As the era of the PS4 has ended, it's likely that there will never be a release for the PS4. Fans will need to upgrade to the new console in order to enjoy the new Yuffie-centered mission included.

Is FF7 Remake Intergrade on PC or Xbox?

A PC or Xbox version of FF7 Remake is possible after the one-year moratorium ends in April of 2021. However, no PC or Xbox release has been announced, so we likely won't be seeing these versions of the game anytime soon, and the current June 10th release date is expected to be strictly for PS5 players.

Available Platforms: Is Intergrade on PS4? 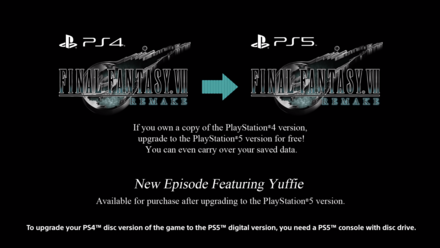 The PS5 upgrade included with FF7R Intergrade has been announced to be a free update. This seems to include all newly announced features as well, such as the Normal Classic difficulty and Photo Mode.

Note that Japanese players will need to pay 100 yen (about 1 US dollar) for the PS5 upgrade.

That said, the new episode featuring Yuffie will be paid DLC. The PS5 Features Video confirms that the new episode will be “available for purchase after upgrading,” but the exact price has not been confirmed. Based on the difference between the cost of the PS4 version of FF7R ($59.99) and the standalone PS5 version of Intergrade ($69.99), a price of 10 dollars is likely.

Available as a Standalone Purchase

For players who have not already purchased Final Fantasy 7 Remake, FF7R Intergrade is also available as a standalone purchase including both the original game and the new Yuffie Mission. A standard version for $69.99 and a Digital Deluxe Version for $89.99 are available.

Preorder from the Playstation Store

Final Fantasy 7 Remake Intergrade overhauls the game for the PS5, cranking the graphics up to a new level. See the full PS5 Features trailer above for a side-by-side comparison of the PS4 and PS5 versions of the game.

Can I Transfer My PS4 Save Data?

Can Both Physical and Digital Versions Upgrade?

The trailer suggests that both physical and digital versions of Final Fantasy 7 Remake can enjoy the free PS5 Upgrade.

However, players who own the physical version of the game will need to be careful if they plan on purchasing a PS5 for the upgrade. The digital-only version of the PS5 will not be able to upgrade from a physical copy of FF7R, so be sure to purchase a PS5 with a disk drive if you're playing the game on a disk. That said, players with a digital-only PS5 who purchase a new copy of Intergrade will still be able to transfer their save data from the original game.

How to Upgrade FF7 Remake to PS5

In order for us to make the best articles possible, share your corrections, opinions, and thoughts about 「Intergrade Release Date, Release Time and Countdown | FF7 Remake」 with us!