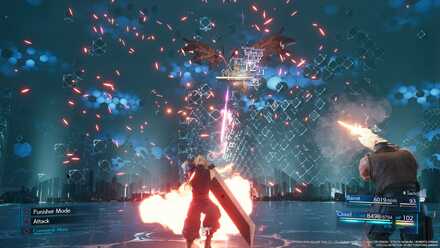 This is a guide to beating the Shinra Combat Simulator challenge title in the game Final Fantasy 7 Remake. This article explains what enemies you will face, recommended equipment and materia, and tips and strategies for defeating them.

It's possible to use any set of 2 characters in this battle, but we recommend using Cloud and Aerith. 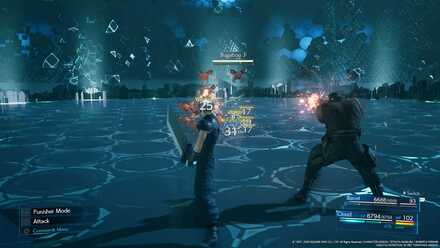 There are a lot of these enemies but they have pretty low health. Using spells or abilities that have large AEO (area of effect) will make this fight a quick one. Link the spell with Magnify and it will speed it up this fight even more. 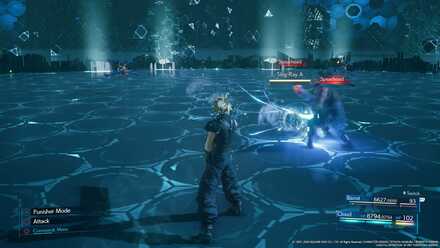 Shoot Down the Slug-Rays with Barret or Lightning Magic

The Slug-Rays can be annoying to handle with their mobility. Using Barret or Lightning magic will make simple work to get rid of these enemies.

Use Wind Linked With Elemental for Staggering Byobapolis

Giving Barret Wind linked with Elemental makes his attacks much more effective at staggering Byobapolis. With this combination equipped you can just hold attack and stagger them. 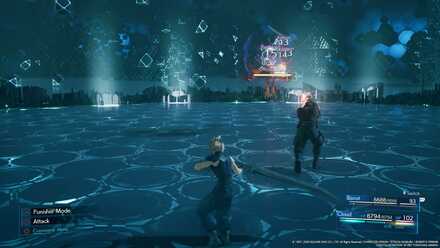 Use Long-Ranged Attacks on Terpsicolt

The Monodrives are small fries you can get rid of quickly with Wind magic. Terpsicolts can be more a trouble with how much they move. Use Lightning magic to make sure it hits or Barret to attack. Once they get pressured you can use Ice magic to deal massive damage. 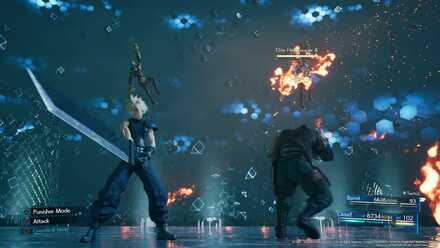 Barret is Effective Against Elite Helitroopers 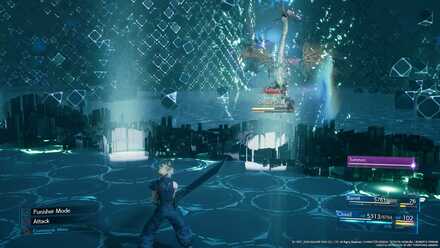 Go On the Defensive and Wait for It to Cast Gravity

The Rust Drake will envelop itself in darkness that will absorb any spell you throw at it. This will make it hard to stagger it. Save your ATB and stick to blocking and doding. Once you see it try to cast Gravity you all out on your offensive. If enough damage is done it will be pressured and lose its magic absorption. This is when you start casting Wind magic to finish it off.

Switch Characters to Get Out of Black Hole

Your AI party member can end up just standing in Black Hole, tanking unnecessary damage. Switch to that character and run out of the Black Hole to minimize damage.

Register as a member and get all the information you want. (It's free!)
Login
Opinions about an article or post go here.
Opinions about an article or post
We at Game8 thank you for your support.
In order for us to make the best articles possible, share your corrections, opinions, and thoughts about "How to Beat Two-Person Team vs. High Flyers | Shinra Combat Simulator Guide" with us!
When reporting a problem, please be as specific as possible in providing details such as what conditions the problem occurred under and what kind of effects it had.