This is a page about critical hits in Final Fantasy 7 Remake (FF7R). Read on to find out what determines the critical hit rate and how much extra damage they deal.

How Do Critical Hits Work? 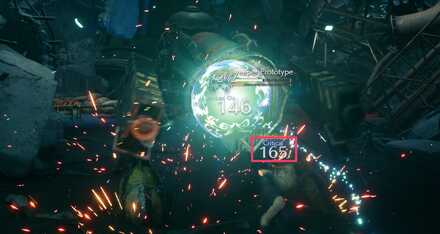 Critical hits deal more damage than a regular attack and occur depending on various parameters. You'll know you've landed a critical hit as the numbers that appear while attacking are much larger than normal. The basic formula for critical hits is as follows:

How is Critical Hit Damage Calculated?

The amount of damage done is as follows:

Critical Damage Boost weapon skills will further increase this damage as well. However, critical hit damage does not apply to damage boosts from linking the Elemental materia on a weapon.

Register as a member and get all the information you want. (It's free!)
Login
Opinions about an article or post go here.
Opinions about an article or post
We at Game8 thank you for your support.
In order for us to make the best articles possible, share your corrections, opinions, and thoughts about "How Do Critical Hits Work?" with us!
When reporting a problem, please be as specific as possible in providing details such as what conditions the problem occurred under and what kind of effects it had.