This is a profile of the character Zack Fair from the game Final Fantasy 7 Remake. Read on to learn about this character's voice actor and characteristics.

Warning: This page contains spoilers for FF7 Remake, the original FF7, and Crisis Core. Read at your own risk! 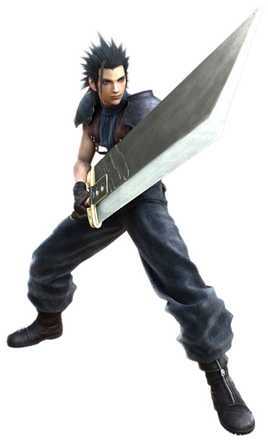 Zack is a close friend of Cloud. He has been known to assist Cloud with various issues during their time together at Shinra in the past. He also made his trip together with Cloud to Nibelheim 5 years ago.

Zack is Aerith's first love and boyfriend. They met at a chance encounter after Zack fell through the church's roof into the church's flowerbed.

After the Nibelheim incident, Zack and Cloud were experimented on by Shinra due to their extreme prowess against Sephiroth. They were both drowned in Mako, but finally escaped 4 years later. With Shinra being extremely secretive with their experiments, they decided to eliminate Zack and Cloud, setting an ambush at Midgar and killing Zack, but accidentally allowing Cloud to survive.

He is one of the four Soldier 1st Class of Shinra Company, together with Sephiroth, Angeal, and Genesis. He is however, unique, in the sense that he was originally a soldier 2nd class and was promoted to 1st class, while the 3 other soldiers obtained their status through artificial power.

The First Inheritor of the Buster Sword

Zack was tasked to kill the 2 deserting 1st class soldiers Angeal (the original owner of the Buster Sword), who later handed him the weapon, as well as Genesis, who appears as the main antagonist of the game.

Note that everything that is written in this section is just speculations and not confirmed yet, or are still theories.

Zack is Not Alive in Their Timeline

In the original story, Zack is gun downed by a horde of Shinra soldiers before returning to Midgar. This scene seems to happen in the remake as well but Zack instead survives the onslaught. It is however, implied that these events happened at a different timeline than the one Cloud and co. exists. 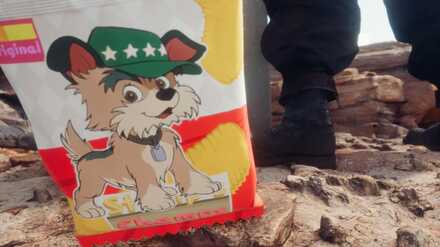 A scene was shown at the ending of the game with the party leaving Midgar while the injured Zack carries Cloud, still in a vegetative state due to the mako poisoning from the experiments done to them. Zack is shown have overcome a horde of surrounding Shinra troops, who were known to have killed him in the original timeline.

In this scene, an alternate version of Stamp, the dog mascot frequently appearing throughout the game, is shown fluttering in the wind – many fans took this to be an implication that the scene takes place in an alternate universe where Zack survives.

What Does Zack's Survival Mean?

Not known yet. It is however, highly likely that alternate timelines will play a big role in the future of FF7 so you might want to remember that a different world where Zack lived exists. What kind of world would that be?

In order for us to make the best articles possible, share your corrections, opinions, and thoughts about 「Zack Fair | FF7 Remake」 with us!